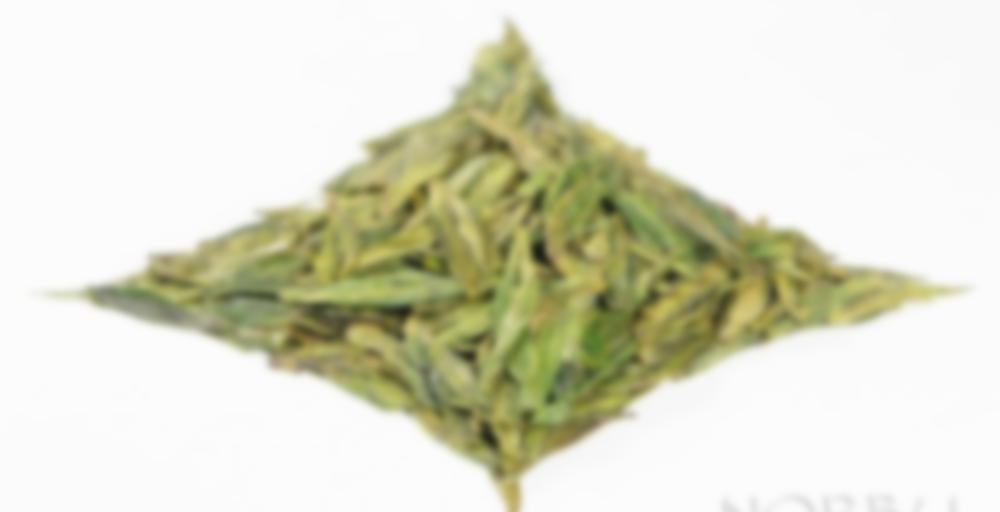 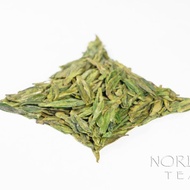 Long Jing is without a doubt the most famous green tea in China, if not the world. Long Jing literally means “Dragon well,” which is an actual water well located in the Xi Hu (West Lake) district of Hangzhou Prefecture. Green tea has been produced in the area near Hangzhou city since at least 750 CE/AD, and was designated as an imperial tribute tea in the early part of the Qing Dynasty (around 1650) by the Emperor Kangxi.

“Shi Feng” Long Jing is produced in the areas around Shi Feng (Lion Peak) Mountain, which lies to the Southwest of Xi Hu Lake (Xi Hu Google Map). To understand the significance of Shi Feng Long Jing vs. Long Jing from other famous growing regions in the area, I find that a French wine analogy is particularly helpful. Think of the Xi Hu area as similar to the Bordeaux wine region since, just as Bordeaux primarily produces red wine, the Xi Hu area primarily produces green tea. In this analogy, the Shi Feng area is roughly analogous to the Pauillac Appellation, as it is (arguably) the most famous and sought after growing region; and, the various tea farms in the Shi Feng area could be thought of as being similar to the different Chateaus in Pauillac (Mouton-Rothschild, Chateau Latour, Lafite-Rothschild, etc). Another extremely famous growing region/appellation in the Xi Hu area is Weng Jia Shan, which in this instance could be compared with the Margeaux appellation due to the fact that it is also a Left-Bank Bordeaux that is quite close to and just as famous as Pauillac. I think that once you understand that the provenance of a tea like this Shi Feng Long Jing is quite similar to a bottle of red wine from Chateau Lafite-Rothschild in the Pauillac Appelation of Bordeaux, it is easy to see why excellent examples of tea from this region are so widely sought after: because of long history of production and reputation for quality, and (at least partly) because of the prestige associated with drinking a tea from this region or even the social status gained by being able to give it as a gift to an important member of your family or community.

This is an authentic Long Jing from the Shi Feng (Lion’s Peak) mountain area that was hand picked and traditionally processed in late March/early April, 2011. The cultivar used is the traditional Long Jing varietal, which is becoming less popular among producers in the area because it begins to sprout a week or so later than more recently developed Long Jing #43 cultivar. The reason #43 is becoming more popular is because the producers can get their product to market earlier than the traditional varietal, and the earlier the Long Jing gets to market, the higher the price it fetches. The producers who grow and processes this tea are purists, and they insist on using the traditional cultivar because of its distinctively nutty and thick flavor and its appearance, which is more yellow-green in color than the very green #43.

The distinctive flat leaf shape of Long Jing is a result of the pan firing process used. Green leaves are loaded into a relatively low temperature wok (175-212 F) and tossed by hand to kill the enzymes in the leaves that would otherwise cause the leaves to oxidize and begin to turn brown. After the leaves begin to soften, the tea master begins a process of repeatedly pressing the leaves against the surface of the wok and tossing them away from the hot surface. This is not an easy process to do properly, and it takes a lot of skill to keep the leaves from scorching and turning brown if the leaves are pressed too hard or too long against the hot surface or not taking the flat shape if there is too little pressure used.

The appearance of the dry leaves is a beautiful combination of yellow, brown and green with an aroma that is slightly toasty and/or nutty with notes of fresh, baby green vegetables. When steeped, these leaves produce a beautifully clear liquor that carries the aroma of the dry leaves nicely. The infused liquor is nicely thick and mouth-coating and features the nutty/toasted element from the aroma that gives way to fresh, baby green vegetable flavors alongside subtly floral & sweet green elements. The aftertaste is sweet, slightly floral and quite long lasting, and it is something I truly love to savor when I get the chance to drink this tea with an honored guest.

Steeping this tea Gong-Fu style in a gaiwan works beautifully, and a more “Western” approach also yields very good results as long as you start out with lower temperature water to avoid extracting bitter flavor compounds. But, I highly recommend using a very informal “grandpa style” approach with this potentially overly formal green tea. Simply place a few pinches of the tea leaves in a highball glass, pour in 160-170 F water and let it steep until some to most of the leaves fall to the bottom. If any leaves remain on the top, simply blow them out of the way before drinking. Then, when you run out of water, just add more to the same batch of leaves. Keep enjoying and adding water until the flavor is gone.

WTF HOW CAN A TEA BE THIS GOOD
I bought this because I wanted to taste what a “real” dragonwell was like – I feel like many generic tea companies sell low quality versions of this or ones from old seasons.. or maybe not even real dragonwell at all.
This was beyond what I expect from green tea – there was so much fruitiness.. I picked up most on apple!!
Very highly recommended