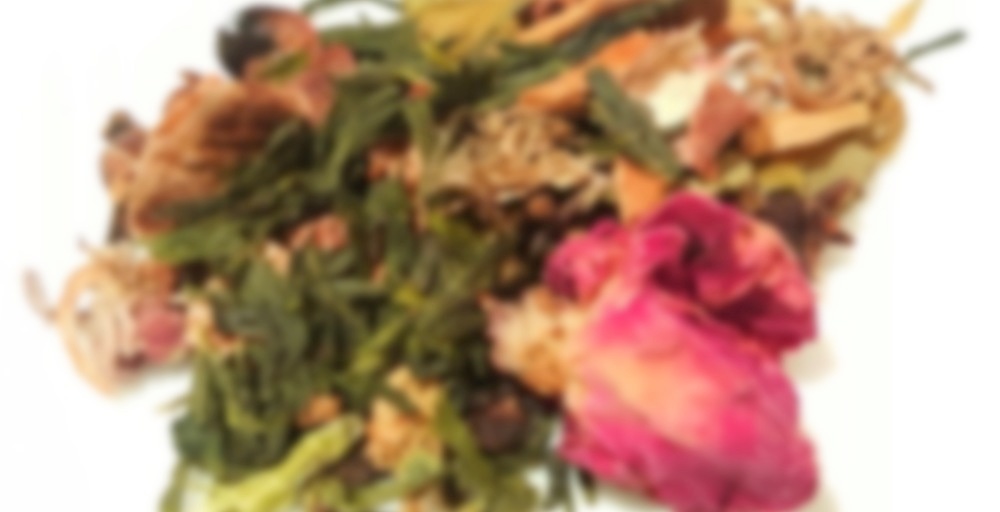 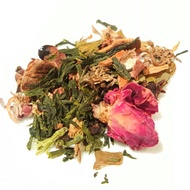 www.moxtea.com
100% Natural herb blend that gives a powerful energy boost to your body & mind ﻿without the jitters or crash of coffee. Ancient Viking herbs, like Rhodiola & Icelandic Moss, combine to magically lower stress and increase mental stamina so you feel healthier, brighter, and better able to take on the day. Subtle hints of cinnamon, clove, & rose petal are refreshingly delicious!

It’s fine. Rose and clove are the main flavours. Not really anything special so this one cup is enough.

This tea smells so amazing! And yet…it doesn’t really taste like anything. I had so much hope when I opened up my bag, but it’s really watery, no matter how long or how hot I steeped it.

I sampled this tea at the Toronto Tea Festival 2017 and brought home a 55g bag for $10.
I really like the flavour, which is definitely cinnamon-forward but not overpowering. It doesn’t taste like a spicy cinnamon heart, it just tastes like a nice herbal tea with some cinnamon and clove flavours coming to the front. I can sense that there is a bit of green tea in there as the base. Kind of like a green or white tea with chai flavours.

This tea would probably mix great with some (non-dairy) milk or made into a tea latte, if that’s your taste. I’ve been drinking it black. Works great for a second steeping as well, so 2tsp has gotten me an entire day of tea drinking at work which I like. (I haven’t tried more than 2 steeps yet so far)

I’ve been sipping this for the entire day at work and haven’t got sick of the taste at all like can happen with some teas. It’s very nice, there’s no bitterness or astringency or tannin taste. The cinnamon makes it taste almost kind of sweet on its own. I love the smell which reminds me of ginger snaps or cookies or holiday baking.

I would definitely recommend this tea. I do actually feel relaxed yet energized at the same time which surprised me a little. Usually I am VERY sensitive to caffeine so I look for teas that won’t make me jittery or give me a headache. I like that this has a little caffeine so it has been helping me stay awake and alert while I’m at my (sometimes boring) desk job without any negative effects from caffeine. After finishing my first cup I felt somewhat uplifted and slightly happier and peppier than normal. I was able to concentrate more and accomplish tasks faster. No crash or headache in the afternoon. I’ll definitely be finishing this bag of loose leaf and will likely repurchase since they are local to Toronto where I live.

Love it :) So great to hear you are enjoying MoxTea! Thanks for the ’tea’rrific review and we hope to see you at more festivals around the city. Our next festival is this weekend at the Toronto Coffee and Tea Expo from April 8-9! :D

Thanks for this one, JakeB! I really wanted to try it. An interesting mix of ingredients here. I can’t say that I was boosted with energy and had the same amount of ridiculous anxiety. I was mostly hoping I’d feel like a Viking. The flavor is interesting and unique – some vegetal flavor, hints of cinnamon and clove. I’m not sure what the Icelandic moss was supposed to taste like. I don’t think there was too much black tea in the blend, as the brew was very light like a white tea might look like. The second steep tasted the same as the first. Using 212 degree water doesn’t make it taste overbrewed at all, no matter what this lovely mix of ingredients is composed of… I’ll be investigating this one more!

Did you feel any hint of Vikingness pumping through your veins after you were done with your cup?

This tea is fantastic! I’ve been having a few cups every day. There’s a beautiful taste and aroma of Cinnamon, Clove, and Rose but the other herbs are nicely balanced so each sip goes down smooth. After a week of drinking I can definitely say that I feel an energy boost and, after a cup, my mood immediately improves and I have less stress. When I first read the ingredients I was intrigued because I’ve never had a tea with Rhodiola or Icelandic Moss. I researched a bit more beyond the MoxTea website and discovered lots of scientific studies showing the benefits of the ingredients found in this tea. I felt greater clarity and concentration to the point where I noticed I was reading faster and absorbing the content better. I also don’t have as many “senior moments”. My sister and brother also tried some and really enjoyed it. They’ll be placing orders and so will I when I run out! :)

This is an interesting tea. Not sure I’m tasting all the ingredients like the Viking Moss etc. I am certainly getting the cinnamon and the cloves from this. I added sugar to this so it’s hard to say just how sweet it is. It does have a nice taste. The main question will it give me energy throughout the day as it claims? I won’t have an answer to that until later on at the earliest. I think I will refrain from giving this a number until I see if it gives me energy throughout my day as it claims. It is tasty.

haha. How goes it – is it still working?

There does seem to be something to the claim of sustained energy. I had a lot of energy today. Going to drink this again tomorrow morning and see what I think during my day at work. Today I was off so it was not as good a test.

Really enjoying this one again. It was a long time since I last had it and I frankly forgot about it, but it matches the beautiful fall weather. Love the aroma in the air too.