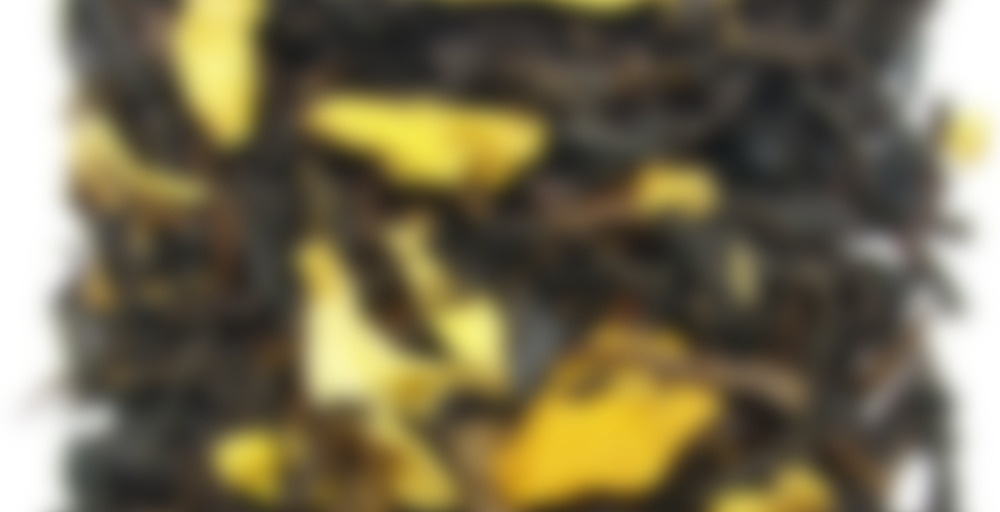 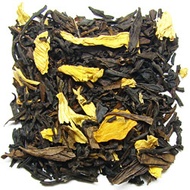 I received this sample thanks to lovely cteresa

The dry leaf scent is fantastic as 99% of the MF blends. On the picture, it reminded me a lot Prince Igor but now I can see it “in real” it is different, dryer than Prince Igor.

The fragrance of the liquor is very special, very green, toasted green tea. This is to me the leading note, almost smoky and then, behind, almond.

Drinking it, to me the dominant flavour is exotic fruits and almond but a different almond from the one used for Pleine Lune, a dryer one less creamy.

It’s clearly not a spicy tea despite the presence of cinnamon (very discrete).

Balthazar has definitively its own personality as cteresa said.
To me it has nothing common with Pleine Lune except almond.It may not be its cousin…
Balthazar has the MF signature for sure. The exotic fruits are what I’ll remember from this blend, but non sweet exotic fruits.

A very nice tea (mix of green and black teas)

I really want to get some Pleine Lune badly.

Azzrian, do check it, it´s special. And give it a few tries – with me it was not totally love at first sip, but it took a few teapots to get how I really love it (with honey and milk).

Ysaurella, I find your opinion so interesting! so glad it got there safe and sound (and fast!)

I went tea shopping, oh it was fun, but I run out of tins and containers. I really got to continue the purge.

This was one of my new buys, and maybe the one I was more enthusiastic about. The dry smell is just sublime – almond, a bit of cinnamon, something gingery and something fruity (the passion fruit I guess).

Brewed, it is lovely, but I screwed up making it. The MF website says 95 degrees for 3 to 5 minutes. I was afraid of putting such hot water in a mix of green and black tea, used colder water and well I got to test doing as they say.

The taste is slightly different brewed up, the almond is still very much there but tamed. The cinnamon (and other spices?) go to the background. The fruitiness is dry rather than sweet, reminds me a lot of this maracujá, passion fruit, liqueurs which are typical from Madeira and which I rather like. I misguidedly put some brown sugar on it and that was a mistake. The almond and spices puts this firmly in my mind in Pleine Lune territory, and honey does wonders to that tea, but Balthazar is just a different personality, Pleine Lune´s older cousin rather than her twin sister.

Ah, I think this would make an awesome Christmas tea, if you do not require a lot of body from a Christmas tea. Its scents are so Christmas-y to me!

never tried this one, it seems nice :)

It is nice, but a warning, if Pleine Lune is your tea (and it is, IIRC) this might fall short. It is green tea with black, and the flavouring is just more subtle. I loved the description that it was flavoured like pain d´épices and loved the scent in the tin (plus they sold me 50 grams, yay! ). But it might not compare too well with Pleine Lune and be redundant with it. But let me have it a few more times! I have not gotten the brewing right yet.

the point with Balthazar is the blend is looking (as a pic !) exactly as Prince Igor which is one of my Darling.
And I adore le pain d’épices… Mariage mentions however almonds (as in a frangipane…galette des rois)

Oh yes, almonds, very clearly and strongly. And a hint of cinnamon and they say passion fruit, but I am getting more of a dry passion fruit thing not like fresh juicy passion fruit – there is a traditional Madeira liqueur made with passion fruits which IMO tastes sort of like fruity Drambuie, and the note here is like that.

I can not believe I am offering to send Mariage Freres to Paris, but OTOH I can buy this on 50 grams dose (as long as I do not mind flimsy inadequate bags! the serious bags are expensive and why they do not like to sell it by the 50 grams. I did not mind and found some tins as soon as I got home). I can send you enough for a couple cups if you want to try it – one condition, I want your opinion :p

I’ll be happy :) have a look in my cupboard as well I am sure there should be something (and even more) you’d like to taste, my pleasure to send it(s) to you

That is a deal then! I will try to send you a message – and give me some time to get this on the mail, this week has a holiday right on the middle and oh early days of the month are scary at the post office. Do you have enough of your Prince Igor for a cup or two? Now you mentioned it I am pretty curious and seems like a lovely swap, a Mariage Freres Wise King for a Mariage Freres Russian Prince! And check if I got anything else you might like to try. I am running low of Pleine Lune (not sure you need it :p) and Wanderlust but everything else I think i got plenty of. And oh, have you tried MF´s Vert de Provence yet? I just got it, and it smells so incredibly sublime.

no probs I have everything you need. I’ll send you a PM.
No worries for the mail, as a catholic roots nation we share the same bank holiday here :)

I forgot how enjoyable this tea can be. Perfect for today… the end of a long trip and it just might off-set my driving cramps. (Earned from a 12 hour drive with no drinking or bathroom breaks. Don’t try it yourself… invest in Astronaut Diapers. LOL)

Also thought this was an amusing name for a tea. Wonder why they call it Balthazar?

This aromatic tea has a mellowness from the toasted leaves that softens the almond and passionfruit essences. I might prefer my passionfruit a bit sharper — I am a huge fan which is what drew me to this tea — but I am finding the warmth of the cinnamon (very mild), the slight acidity of the passionfruit and the coolness of the almond quite intriguing.

I love passionfruit as well. I got a no-particular brand plain blend from a local store which is really passion-fruit juicy. Other than that Thé-o-dor has a few passion fruit teas, So Long which is very nice (but a bit meh) by Theodor standards and Baya which is a weird rooibos mix I love crazily and which seems to taste different to different drinkers.

I am just about to post Mariage Freres Passionfruit and Review Kabuki which also has it. That Rooibos mix sounds great. I have the Mariage Marco Polo Rooibos and it is also amazing … Combining essences with Rooibos must be really volatile or something! Glad to meet another Passionfruit lover!

Second cup today, for which I used 1 tsp of leaf, brewed for 4 minutes in boiling water. I added a splash of milk. I’m getting a strong banana flavour this morning — almost candy banana, really, and which is absolutely delicious. There’s a little almond and cinnamon kicking around in the background, and a hint of passionfruit. I got far more passionfruit in my previous cup, but I really like the banana I can taste this time. It’s a really wonderful pairing, and makes for a great mid-morning cup! Delicious. One I’d really like to add to my cupboard in the near future.

I think I got to try it as well with hotter water – have been neglecting this tea, must try it with a few other brewing parameters.

black green blends are such a strange idea isn´t it? But I think Mariage Freres makes it work on a couple blends – my favorite example (and staple in my cupboard) is Casablanca.

I was surprised by this tea..to me, it has notes of dark chocolate and cherries- actually the first whiff of it reminded me of those old fashioned chocolate-covered cherries, but not sweet or cloying.