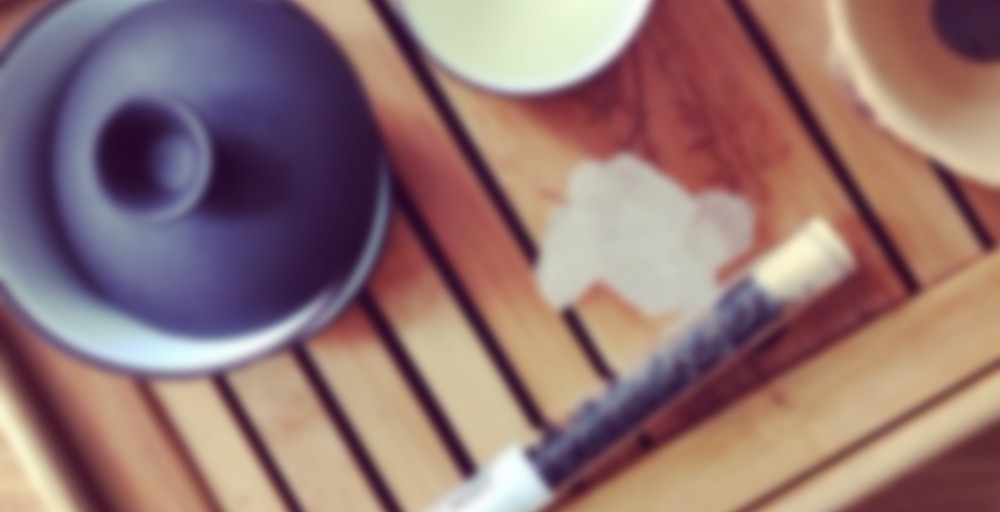 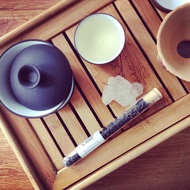 by London Tea Club
77
You

Mountains in China’s Yuyuan county are cradled by a sea of clouds that shroud the plants in shade and rain, resulting in the deep green colour of this tea. Low caffeine is an added bonus for herbal-tea-lovers.

Clouds & Mist is our comforting, go-to green tea. Easy to brew and gentle on the palate, the tea leaves unwind and turn a soft pistachio colour.

After my indulgence with Cocoa Amore this morning, I didn’t really want anything particularly strong in the afternoon and, as I’ve been cutting back on my caffeine intake, a “light” green tea, such as this, seemed like an optimal choice!

Rather, though, than brew it as recommended in a Western style, I stuck to my trusty Gaiwan (that was definitely money well spent!) and used parameters that have been serving me so well in recent days (3 – 5 g in 100 ml, first steep no longer than 5 s). I emptied about half of my tube (probably about 2 or 3 g) in and did lots of short steeps using fairly cool water. I also kept the lid off, whilst steeping, as I believe is common practice when making greens this way.

Whether or not I “did it right”, or whatever, I certainly enjoyed this tea! In its flavour profile, it actually reminded me a lot of the Verdant Dragonwell I tried the other day. Delicious, buttery vegetables were a definite “main” flavour, with lovely hints of florals. It was also quite sweet! It remained punchy and quite strong (though that was certainly a consequence of the way I brewed it) through the first four or five steeps, and was still tasty in the sixth. The final two steeps I did (I know I was pushing it, but I’d rather try another steep or two than waste good leaves) were a lot lighter, though they still had enough flavour that I happily drank them down.

I did notice that the leaves, when brewed, were quite small, had a fair amount of stem and were sometimes a bit broken – this probably wasn’t as high quality as the Verdant Dragonwell. But given that it cost me a tiny fraction of the price of that tea, and it still gave me 5-6 delicious steeps, I guess I really shouldn’t complain! Perhaps not my favourite green so far, but definitely delicious and perfectly drinkable.