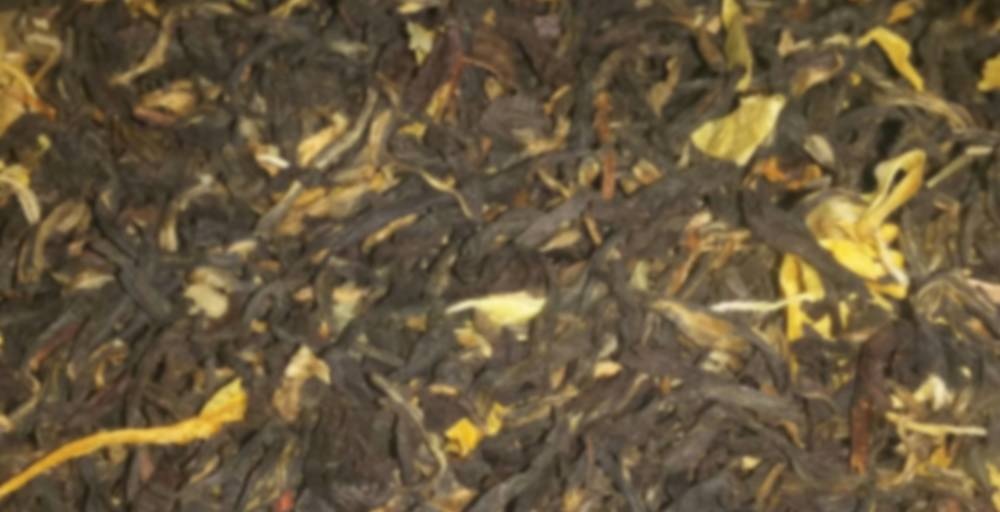 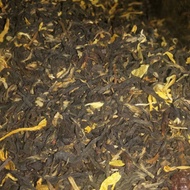 This Keemun is BS (Blackberry Sage)

by Liquid Proust Teas
84
You

This Is Berry Delicious

Another Liquid Proust from my cupboard. I have a few, for sure! That can only be a good thing, though, since on the whole they’re up there with some of the best flavoured teas I’ve tried. They’re certainly some of the most inventive.

Blackberry Sage seems like an unusual combination in tea terms, but intuitive in terms of flavour. They’re two things I can imagine pairing really well together. Fortunately, they do! LP’s blackberry flavouring is good. Berry flavours in general seem to be either over or under done, but this one strikes a good balance between being flavour accurate and actually tasteable. It’s not cloying, over-sweet, over-tart, or hopelessly artificial. Instead, it’s rich and fruity with a little sweetness, and perfectly captures the essence of ripe blackberry. The choice of keemun for the base is particularly inspired, because it has a dark, jammy, fruity sweetness all its own that really complements the blackberry flavour, and probably helps to bring it out.

The sage is less distinct, but definitely there in the background. It adds a savoury, herbal flavour that checks the sweetness just a little and provides a depth that would otherwise be lacking. I think I’d like it to be a little more prominent, though, because as it stands it’s hard to identify as sage specifically. I get that it can be a hard balance to strike, though, and I wouldn’t want to sacrifice my current experience entirely just for the sake of more sage. It’s already an excellent blend.

This one has made me feel sad all over again that LP no longer blends regularly.

Indeed, it took me a while to take to LP’s inventions, but once I did—wow! I’d like to see him blending again.

I had put a sample of this aside to try. By the time the box came my way a couple of months ago, I was very much unwell and not up to drinking much tea or doing anything really.

Really really like this one. Bright juicy fresh berry flavour supported by the slightest bit of sage to ground it more firmly. Beautiful base. Yes, yes, very enjoyable.

Thank you for sharing this with us, Liquid Proust.

Another tea that I’ve been wanting to try from Liquid Proust for a while – I’m happy enough of it lasted in the box for me to get a mug’s worth for the way to work. It looks like this has definitely been a popular one in the box.

This is kind of a weird pairing: I don’t think I’ve ever seen blackberry and sage anything before. However, I’ve had Fauchon’s Peach and Thyme blend and I remember enjoying that quite a lot so I figured this would be similar in idea and delivery. And it is!

The blackberry flavouring is actually really, really nice. I’ve tried a handful or two of blackberry teas at this point and I find it’s a flavour that’s hard to execute well: it’s either not strong enough at all or it comes off as terribly cloying or unnatural/artificial. This is up there with Butiki’s blackberry flavouring though: it’s rich, distinct, has that sweetness that comes with perfectly ripe blackberries and it isn’t overpowering or fake tasting. I’m also finding that it compliments that jammy sweetness/stonefruit like note that good keemun has as well.

The sage is definitely less distinct: I 100% get a nice herbaceous sort of note in the background of the tea but I’m not confident I could blindly tell it was sage without this prior knowledge. It does compliment the blackberry though; the mix of sweet fruit and a more savory note elevates this tea and makes it both seem more exotic and nuanced. I feel like if I was just tasting the blackberry or just tasting the sage I would still enjoy the flavours but that this would be a more average or forgettable tea. The pairing brings more life to the drink, for sure.

I believe this is the second batch/version of this tea? I hope that means that there’ll be a third batch, because I found this one to be absolutely delightful. Definitely Top Five Liquid Proust teas I’ve tried so far; dare I say top three?

GCTTB
I love the name of this tea – it was the first thing that caught my eye. The combination of flavours is unusual but they manage to work quite well. The sage is subtle and doesn’t make me think I’m drinking a cup of poultry seasoning and the blackberry is distinct and not just some hibiscus pretending to be blackberry. The keemun base is pretty mild compared to others I’ve tried and maybe that’s all to the good; the dense chocolate or smoke notes I get from some keemuns might end up drowning out the flavours in this tea. A really interesting tea that I would find myself tempted to buy if I wasn’t flat broke right now. :D

This one is definitely a more successful blend of flavours than Fauchon’s Peche et Thyme, as I could taste the fruit plus a savoury undertone, but the former was stronger than the latter. There was a really jammy, rich quality to the fruit flavouring that reminded me more of blackcurrant rather than blackberry. I saw a chunk of dried fruit in the dry leaf, but unfortunately I didn’t get a closer look at it.

GCTTB Another one that LP provided. I’ve been excited to try this one because i do enjoy black berry teas. The addition to sage in the blend made me even more curious. When this is hot, it’s mostly blackberry and delicious…as it cools, the sage gradually takes over. this is quite nice and i’m super glad to get to try it. thanks LP!

I quite liked this one as well.

Thank you to Liquid Proust for providing this for the box!

There isn’t a lot of blackberry teas out there (not that I have tasted anyway), so I was eager to try this. It was not too sweet but sweet enough. The blackberry tasted fairly natural. The black base held up very well. It is a smooth tea.

The resteep at 3 minutes was just as good.

This is another sample that Liquid Proust provided for free for the GCTTB5.

I quite like blackberry anything. I have had many blackberry and blackberry sage teas. Some of them have been good and some not so good. I find it mostly comes down to the base. And with this tea, the keemun base, works real good.

I don’t get much scent from the dry tea but as soon as the hot water hit the tea a sweet candy like blackberry smell wafted up. It was delicious.

The brewed tea is slightly smoky from the keemun base. There is a candy, slightly tart, blackberry flavour. The sage is super light, which actually works well with the tea. It gives it that slight pepper on the back of your throat with each sip. The candy blackberry flavours lingers for quite a while in the aftertaste.

I quite like this one. The keemun and blackberry work well together.

most excited about this one…

I have three left, but they are reserved for those who help with my fundraising. I may look into doing it a third time :)

The scent of the dry leaf is nice, almost juicy. The scent of the brewed liquid, is not. The first sips I get a black tea feel with a bit of a bite. The addition of sugar seems to round out the cup and makes it very pleasant!.

I had four request to resurrect this tea. The reason it died is because I am not a fan of black teas in general so my own taste buds said to me, ’don’t make any more of this’ but others disagreed which is awesome because it means I did something right.

I’m going to do something weird and sell this as a personal blend for now as I am figuring out Etsy. With that being said, I have no idea what this actually cost me nor do I care so I’ll just do a flat $5 per ounce if anyone is interested.
Wait, what if this tea sucks??? No worries, I can send free samples in the case that an ounce might drive your taste buds crazy; I don’t want to be part of causing an internal battle between one’s mind and taste buds :p

So, the Keemun I used is roughly 3x the size of the last leaf (though that means little). I also put less oolong in it since it is a black tea blend.

I think that’s about it. This is a Steeperster blend for my friends :)
https://instagram.com/p/6akwvQRYFs/

This Keemun is BS

It looks beautiful! How is it? I am intrigued