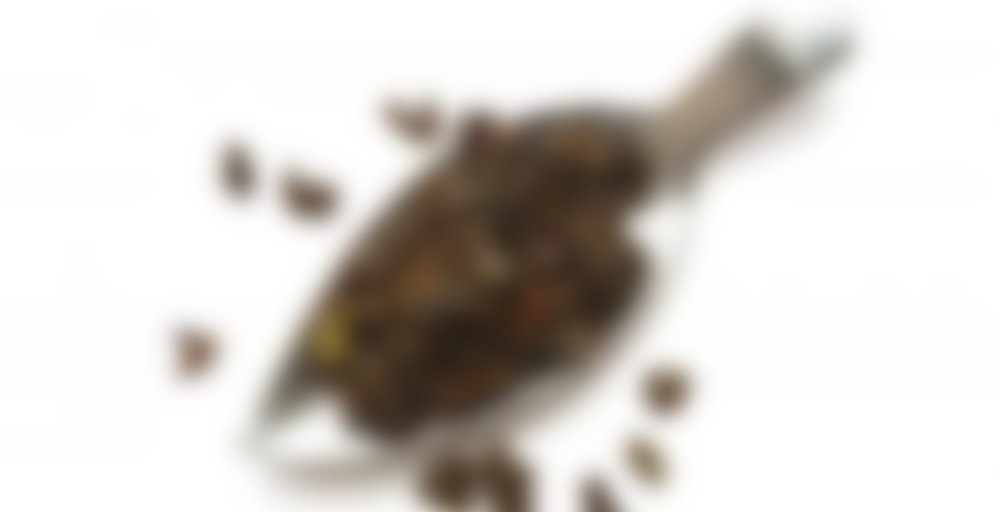 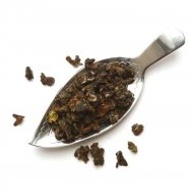 by Imperial Teas of Lincoln
83
You

I am so excited to have discovered this tea for the first time this year. Our supplier in Taiwan made this tea in the summer as an experiment. Needless to say it is a resounding success! Whilst not an ‘Oriental Beauty’ tea it has much in common, sharing the need for insects to bite the leaves. Naturally, it too has the beautiful honey, fruit and floral character found in ‘Oriental Beauty’. It differs from these teas for some important reasons. Firstly, it is grown in a different place and much higher up the mountain at 1500 metres. The cultivar it is grown on is Chin Shin Oolong, and although it is made from leaves of five colors too, the leaf is rolled into pellets. This is the way High Mountain or Jade oolongs are prepared. This and a lighter oxidisation, closer to Jade oolong brings to the cup some of the fresh, green, cool characteristics too. This tea, of which only 20kgs were made, is grown on Chien Chen’s 5 hectares. It is harder to find leaves that have been bitten by insects because there are fewer around at such altitude! It can only be harvested once a year. It is a unique tea. I only hope that next year the experiment will be repeated, it is thrilling to be at the beginning of a new tea, especially one that tastes so incredible. I have discovered too that a few pellets added to a pot of any tea is instantly improved. I like it added to a strong, black China tea.

This is an incredibly tasty oolong, possibly the best oolong I’ve ever had. It’s lovely and subtle, reminds me a bit of a first flush darjeeling in its subtle sweet taste, but then it has the lovely characteristic smoky oolong flavour to it as well. It’s pretty expensive so I’ve only got a taster, but it is absolutely incredible and I will be rebrewing this pot for the rest of the day. What a wonderful day I have ahead!

Yum. Found this in the bottom of my ‘big box’. I had been saving some, and I’m really glad I did. I bought it a couple of years ago when I had no experience with Taiwanese Oolong. And now I do. And I like this stuff.

This one is special because its essentially an Anxi, that has obviously been grown so well and is so tasty that Mr Jassid and his band of merry men just cant keep their hands off. So not only is Guan Yin tough and compassionate, shes also beautiful as well – (and probably annoyed with all the leafhoppers on her)

It actually comes fully branched & with red-leaf-edge intact, not Lime green like lots of the TGY, but olive green with brown and red.

But it packs a punch. Seriously a lot going on here. I will try to remember the train of thought after drinking some grandpa style – which I realised after is akin to glugging down a complex cocktail.

I literally had to scrabble to write down shorthand to contain what happened. And now ive spilt some on my picture that im colouring in. Damn. It needs gongfu to space out all this craziness.

Early steeps are sweet, sour, fragrant, deep & woody, and later steeps it turns into Jin Xuan/Milky with fragrance of TGY & the depth of OB & Muscat Grape Huiguan… even orange gets itself in there somehow.

Its a very nice interesting tea & I’m so glad I saved some. I will have to make another review when I Gong Fu some because Its a bit crazy when left to its own devices.

I would just like to add, I am drinking it gongfu now, and I was wrong to suggest it would be better.

The wow factor of having the leaves in the actual cup you are drinking via grandpa style isnt there, as all the crazy aromas are now sitting in the gaiwan. Every steep you can smell the change but you have to stick your nose into the gaiwan, I got TGY, OB & Milk Oolong aroma from the gaiwan, but the liquor stayed pretty similar, as a TGY/OB blend. nice aftertastes though.

Grandpa-style it feels like you are actually getting a different drink every sip, and I preferred the experience a lot more, inhaling while drinking.