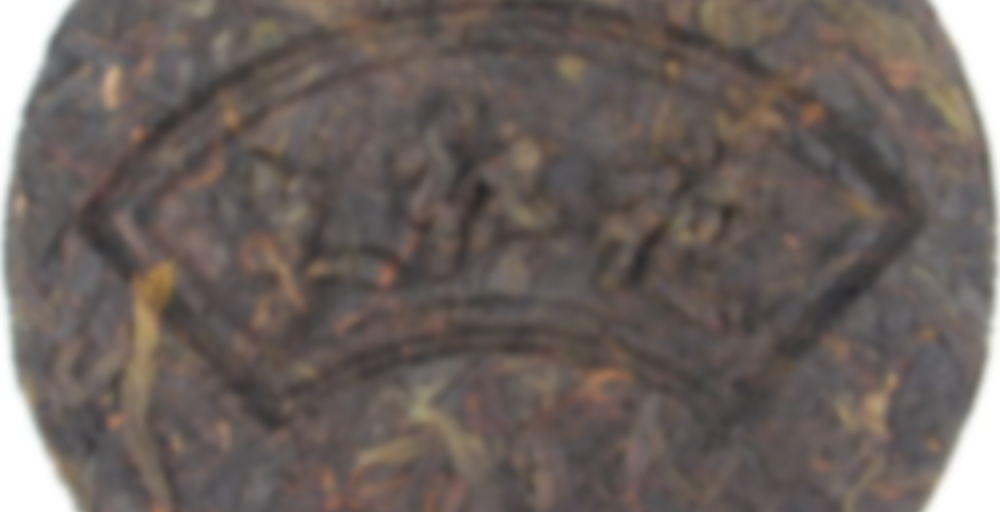 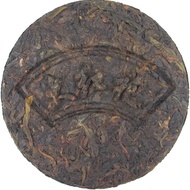 The tightly twisted leaves of Da hong pao are greenish brown in color. The orange tea liquid come with strong floral fragrance. Even after nine infusions, the floral fragrance like sweet-scented osmanthus still remain. After tasting, the fragrance will last in your mouth for long time.

The leaves are pressed into cakes so that they could be preserved in good condition just like pu-erh. The leaves are large, complete, and dark in color. The roast comes through first in the aroma, with a gentle, warm charcoal note which is followed by a pointed touch of flowers.

There are reasons why Da Hong Pao is considered to be the best of the Wuyi rock teas (aroma, flavor, spice, feel, and so forth) so I was skeptical about futzing with it — like say, compressing it and aging it.
I’ve had this cake buried in the cupboard since a bad first try at brewing yielded too much leather and mud. A recent new teapot purchase prompted me to try it again — one last time, I thought, before dumping the tea. Well…
In my new pot, I dropped a healthy chunk of the thick cake. I rinsed twice quickly. Now with near boiling brew I left it maybe a minute. Whoa! What have I done? Clear, spicey but balanced liquor. So very recognizable as Da Hong Pao in its flavor but much much rounder, mellow, mature. Spices are way in the background compared to newer, looser DHP. None of the threatening harshness.
Second steep. Oops! Too hot, too long. Here comes the lack of clarity that I remembered from before. Just too much tea!
So I realized that, for the first steep, the leaves had not yet opened fully, but with good results. The second steep, which now packed my new pot and threatened to push off the lid, was just overpowering. Too much leaf for water.
So I scooped out some leaf and steeped for a third and fourth time, no more than 30 seconds, more like 25 seconds. Yes! I am again in control.
Summary: Use less of this tea than you would shu puerh because it expands much more. Give the first brew some time. But after the leaves open up, shorten the brew to less than 30 seconds. This will give you clear recognizable DHP with depth and maturity. I’m sure if you want to push this tea, it will take you into the shu puerh realms; I just wasn’t ready to go there.
I would say to anyone who likes heavy roasts, you have to try this. If you like shu puerhs, this will recalibrate your tastes. If you drink DHP, it will mainly (I think) adjust the spice scale, bringing them from the high notes to the middle and low.