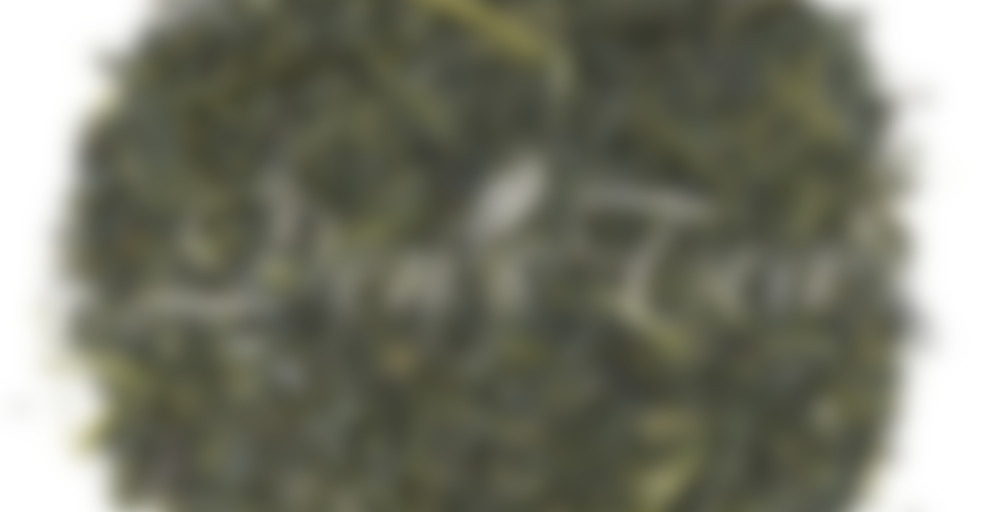 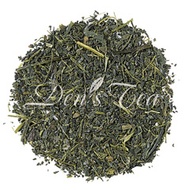 Raw tea leaves for Fukamushi Sencha are steamed for 2 to 2.5 minutes. For Maromi, we steam the leaves even longer. Consequently when you brew this tea there is a huge extraction of ingredients instantly from the tea leaves resulting in a creamy and heavy cup. Further, our roasting technique adds extra body. This tea is great for lovers of strong tea!

Tasting Profile:
Strong green flavor and a dark green cup. Heavy creamy taste something like green tea soup which lingers in your mouth.

Date of Purchase/Age of Leaf: I got this as a sample with my last order (made in January); I believe it is from the 2011 spring harvest.

Size, Appearance and Aroma of dry leaf: This 10 gram sample looked like Gyokuro, but with a little finer cut pieces; it smelled strongly vegetal, fresh, good!

Color and Aroma of tea liquor: Bright green and thick (as mentioned in their description); strong grassy aroma, which I found to be very pleasant.

Flavor of tea liquor: The first was not much different to any quality sencha I have had (I’ve only had a few). The second and third were different than the first though, and pleasantly so. ( more details in overall )

Appearance and Aroma of wet leaf: There was not much of a smell to it, and it was the finest leaf I have EVER seen; it clogged up my stainless-steel Bodum filter more than any other tea; sitting in my filter was a large glob of green stuff, like cut, lumped grass; there were a few larger light-green pieces poking through here and there.

Overall:
During my Yoga this morning I was moved to seek out a Japanese Tea for our morning green (we usually drink Chinese). I wanted something that I hadn’t had before, so what better time to try a sample! I didn’t know what to expect from a tea that is steamed 2 to 3 times as long as a regular sencha. The website said the extra steaming would cause the tea to yield flavor faster during brewing, so I made sure to keep the steep times relatively short per their recommendations (short for green tea, anyway).

This seemed to be the right thing to do, as I was reasonably happy with the flavor, and I really liked the aroma. The first steeping was pretty standard tasting: grassy, a little sweet. The second and third steepings though tasted unlike any other tea I have had. It’s hard to explain, but the words that came to me first while drinking it were: mild and clean; then, refreshing. That was not what I was expecting. The third was certainly had lighter flavor than the second, but it also had what seemed to be a very mild spicy note (I am learning to put down whatever I find/experience in/with the tea, even if it doesn’t make sense to me at the time). So, although I didn’t get what I was expecting, which was more flavor, I did get something that is possibly better. Still, it seems odd to me but I think it’s better because I have never experienced that clean, crisp feeling in my mouth when drinking tea before. It seems like a great way to clean your palette, for example, in-between eating different tasty tidbits. And, that taste, or feeling, was almost, uplifting. Is this Umami?

Well (I’ve checked my empty cup at least twice now while writing this, hoping for more), it’s all gone now. I wish there was more so I could contemplate all of the gifts hiding in this new, taste, flavor, or whatever it’s called. Oh well. Boo hoo for empty cups of tea, and hurray for new experiences!

Sounds delicious! I had one of those palate cleansing experiences with a black tea today – isn’t it amazing and surprising what tea can yield!

Yes it is amazing!

Tea and Yoga is one of the best combinations ever. Also – LOVE when a wet leaf impresses. It’s a magic moment.

Really interesting about the extra steaming time. Have been digging yellow tea as a habitual choice at the moment and love the magic behind the process of multiple steamings. Such care and thoroughness… amazing.

Yes, Tea and Yoga are both great for helping me to feel centered, connected, present, and on my good days, totally alive. I hear you: I also appreciate yellow Tea, Teas crafted with care, and magic Tea moments!

I got this as a sample in my last order, interested to try this new offering from Den’s Tea, and to see what a deep deep-steamed sencha was like.

After my first two cups, I am very surprised! The description mentions an extra roasting process, and I certainly noticed it in the aroma of the dry leaf. I couldn’t figure out why it smelled so familiar and brought back memories of the first time I tried green tea (Japanese). By the second cup, which not only had the same semi-roasted aroma but a familiar sweetness, I figured it out — Houjicha!

This tea is like the perfect mix between green sencha and houjicha! It is still distinctly a green tea in appearance of leaf and liquor, and there are still elements of umami/veggies, but there is a definite roasted sweetness and aroma as well. That was quite a surprise to me and definitely enjoyable. This might not be some high-falutin’ hand-processed, high mountain, light-steamed sencha from Honyama (which I love by the way), but it is still deliciousness in a cup!

To start, the liquor of this tea is the most beautiful bright green. When it comes to the aroma, it’s quite grassy too. Very clean and purifying.

It also tastes on the grassier side. Probably the stongest Japanese green that I’ve had thus far, but granted, I haven’t had a whole lot.

Drinking this is an interesting experience because I’m so used to green teas like Genmaicha and Houjicha. Now, I do enjoy Sencha, but my palate isn’t quite accustomed to these rather grassier varieties of Japanese greens, but it is still refreshing.

Another interesting observation I have made about this tea is the appearance and feel of the steeped leaves. They’re so fine and mushy, and rather difficult to get out of my tea ball!

Overall, a fine tea but I can’t see myself purchasing this in the future. Another reason why the sample kit is a good idea.

I’m really not a huge drinker of Japanese greens. I think. I’m just drinking through a lot of it lately because when I’m not looking for the caffeine-rush of huge mugs of strong western-brewed black tea, it comes down to the fancy oolongs, chinese greens, and whites, which I brew in my gaiwan, and Japanese greens. And I just don’t feel like breaking out the fancy gongfu setup lately, so Japanese greens it is. But I think they’re really starting to grow on me, the more I drink them.

I love to nibble on rice crackers when I’m drinking this stuff; the ones I pick up from the Asian grocery that I can’t read any of the text on. But they’re crunchy, savory with a bit of sweetness, glazed in soy sauce (or something flavored like it), and sprinkled in black sesame seeds. The pairing is just addicting.

But anyway, the tea. It’s a very fine tea, the kind of tea that, after the first steeping, falls away from the inside of your kyusu in one green glop. I promise it’s not as bad as it sounds. Okay, it’s not pretty, but it smells wonderful.

At the first sip, I was honestly a bit shocked at the strength of the flavor compared to the lightness of the color. I am finding myself more and more drawn to that grassy, vegetable flavor in Japanese greens, and this has plenty of it.

In my (limited) experience, the second steeping of teas like this holds more flavor than the first. I got all excited as I poured water for the second pot into my kyusu and watched that green blob dissolve into a thick, green soup. The resulting tea was wonderfully cloudy, and held just a bit of astringency with even more of that rich vegetable-soup flavor. No, at that point it was a little less vegetable-y and more…meaty, almost. Wonders never cease; I’ll never understand how a leaf and a bone broth can taste so similar.

My taste in Japanese greens isn’t terribly refined, I’m afraid. Still feeling under the weather and lacking in a sense of smell, this is something else I’ll have to try again later and see how it compares.

That’s one reason people love Japanese greens, because of umami. Both gyokuro (high quality) and fukamushi senchas have that bone-broth flavor.

Mmmm. I love Japanese green tea…This sencha is very nice, although I’m having trouble tasting things lately, and I’m not sure why. It smelled lovely enough in my infuser and cup. It is rather expensive though.

The scent in the packet is wonderful, sweet and grassy. That scent is also present in the cup.

I am terrible at describing greens, honestly. I’ll do my best at writing down some thoughts, but you might want to read reviews from someone else, someone who can pick out distinct flavors, maybe?

I feel this is a bold tea, slightly sweet, but not as sweet as some of the spring senchas that I’ve purchased from Den’s. Grassy and fresh. Vegetal.

That’s about the best I can do. I loved this sample. I want to mention how generous Den’s is with their samples. I have more than enough for several cups of tea in this little packet, which I am thrilled about.

I have yet to have a tea from Den’s that didn’t make me stop and think about it. Pause a bit. I’ve enjoyed every tea from them in a different way. I have a fondness for them, as they were the ones who taught me to love green tea. :)