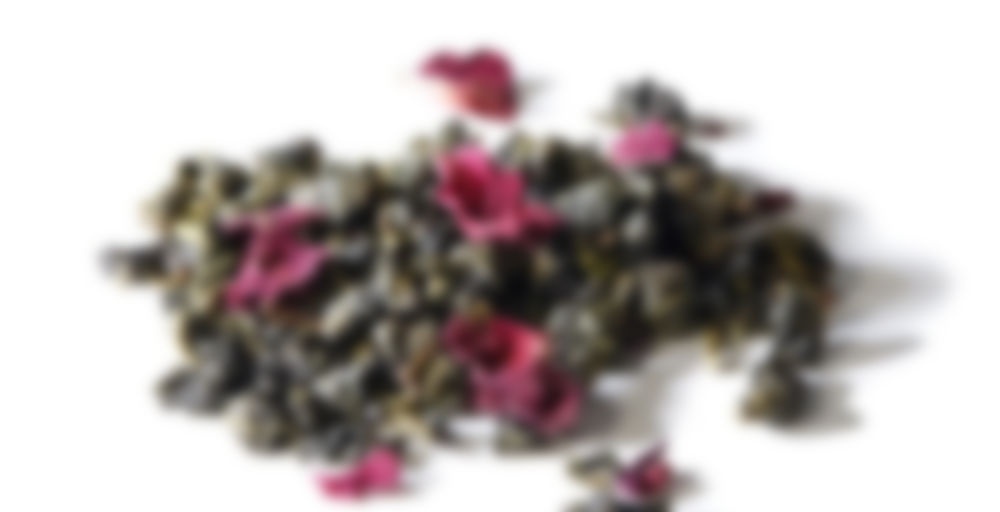 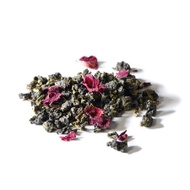 Experience the smooth & creamy powers of this floral oolong tea – with lively notes of fresh greens & incredibly light aromatic notes of rose blossoms. Our rose oolong from Taiwan is naturally scented by a family of tea makers using traditional methods where fresh organic rose petals are layered on top of the tea leaves overnight. The result? An exquisitely delicate blend that’ll warm your heart.

How it tastes
Smooth, creamy and fresh, with lingering notes of aromatic rose blossoms

What makes it great
This lightly oxidized rose oolong from Taiwan is scented overnight by layering the tea leaves with freshly picked rose petals.
Naturally scented by a family of tea makers using traditional flower scenting methods – a family specialty for over 4 generations.

Used a redemption to grab this one! Such an easy drinker. Very smooth, no astringency at all. Rose is present but mild.

This tea definitely needs to be steeped for a long while to ensure maximum enjoyment. After leaving the store with a cup, I took a small sip every few minutes, and thought that the tea tasted best after at least 10 minutes. I quite like this! There’s a bit of a sweet, fruity, floral flavour from the rose petals, and I didn’t think that overpowered the oolong base at all. If I can earn any more Frequent Steeper rewards before this tea sells out, then I will get another 50g; otherwise, the price is a little bit off-putting.

It’s crazy; I literally finished writing about the new Spring/Detox teas yesterday and now there’s even more! I mean, it’s not REALLY crazy – this is about the usual time that the Valentine’s Day Collection comes out and I actually knew the teas were launching online today, but… Well, you know what I mean…

The Valentine’s Collection is actually only launching in stores on the 27th though – it’s earlier online. This is one of two brand new teas in the collection, though it’ll only be online and in select stores that tend to sell more straight and traditional teas than the typical store.

I’m a little conflicted with this tea because on a purely personal level I’m absolutely obsessed with it! For years, one of the only ‘scented’ forms of oolong that I have consistently made an effort to keep my cupboard is rose oolong – it’s a traditional style of tea that I adore, and any time I can get my hands on some I’m on it. Even not great rose oolongs are still pretty good. I mean, we all should know at this point that I have a serious thing for rose teas. So a rose oolong that I have easy and cheap access to!? OH MAN, I AM INTO IT!! Even better is that I actually think it’s a really good quality oolong base used in this tea, and I have the added bonus of having actually met in person the husband and wife who produce this tea for DT which was a deeply cool experience! They were absolutely lovely, and getting to talk to them in person about how they’ve been scenting oolongs in their family for four generations now was an exceptional experience.

So I guess the ‘flip side’ is that I also feel like as much as I love rose it’s also a deeply polarizing flavour, and I know that DT has done A LOT with rose flavours over the last year. Some, including myself, might even say too much. Like, there’s a point where even the people who like a rose flavoured tea are going to hit a wall where it’s just been enough. Not me though, I’m still good!

What I really love about this rose oolong is that the rose itself is very fresh and aromatic but it’s actually pretty mellow and approachable – so the scenting is really good, and consistent but it’s not attempting to mask how beautiful the Four Seasons Taiwanese oolong base actually is. The best way to have it is definitely Gongfu because you get some rose heavy initial steeps but then segway into a creamier, light and greener oolong base. However, it’s also really nice Western style for a light to medium bodied mug that just feels refreshingly floral and a little bit sweet, and if you Grandpa brew it you get more of the rose flavour building up and a touch more body, but less of the nuance of the Four Seasons base. It’s very cool to me how these minor preparation changes can play so much with the flavour profile…

I’ve probably had this about a dozen times now – and I have a nice big bag of it already. I was so excited we brought it into the line up, as I basically said at the start of this tasting note. So, we’ll see how into it everything else is. This was a personal victory for me, though!

You know, I’ve been meaning to try some more rose teas. I have one on the way that should be here soon, and if I like that one, I think I may well have to pick this up. I’ve wanted to make a DT order for ages now, and I think it may be time to pull that trigger.

Do you know if this is still available or the name of the family that makes this tea? I’m desperate to buy a couple of lbs but can’t find it online right now :’(

Sadly, I believe we’ve run out of stock online. There’s always a chance that any stores with remaining stock will consolidate it to our warehouse and it will be restocked online then, but since stores are indefinitely closed due to Covid-19 that wouldn’t happen for a while. I’m sorry; I totally understand the love for it!!

Any chance you can share who the tea master is who makes this tea? And can we put in a request that this tea becomes permanent?

I’m unfortunately not able to disclose who the supplier was due to my confidentiality agreement – but I can definitely pass along the request to make it permanent! :)