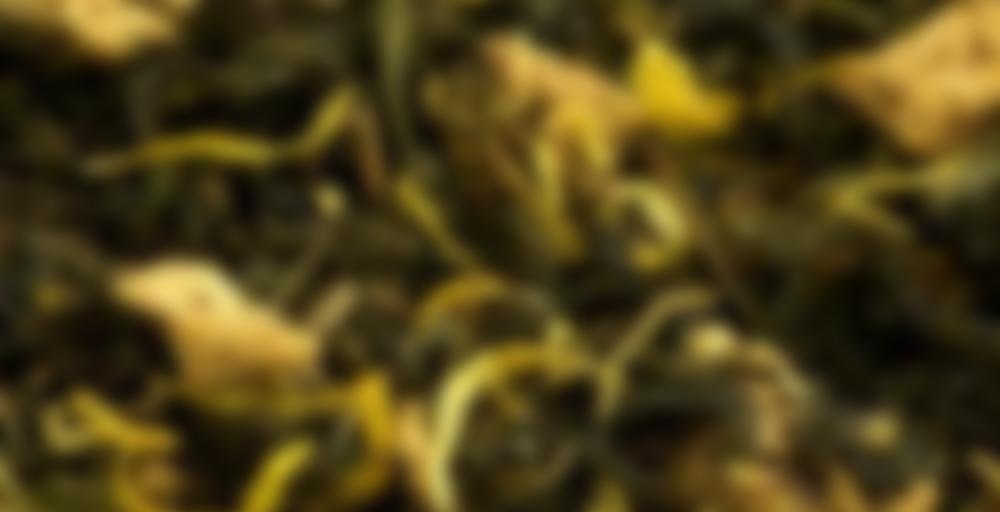 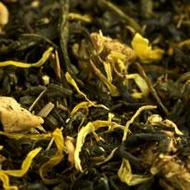 Pears are loved around the world. But they are originally from Asia, and have been cultivated there for at least 3000 years. So it’s only logical to savour them with an organic Japanese green sencha. Our blend also contains marigold blossoms and apple, for a sweet, crisp, beautiful tea. It’s perfect for dessert, or as an afternoon treat with a little something sweet.

Sipdown of this one tonight (stealing the term from TeaEqualsBliss !)

Well, I managed to make a pretty good cup of it for my last one. This tastes the way I initially remembered the tea, light and a touch sweet, with a fragrant pear flavour. It’s really rather nice tonight, actually. Enough to bump it up a few notches on the rating scale. I think I’ll keep looking for a pear-flavoured tea though, since this one’s now only available in 50g size online, and I don’t think I want that much of it in my cupboard. Also, it’s finicky :P

ETA: Goodbye Sencha Pear. Steeped this a second time and… it’s just not very flavourful. Kept the time to 3 minutes as I know this one gets bitter easily, but perhaps that wasn’t enough. Either way, I suspect I’ll never drink this one again. Sad sad.

You’ll have to let me know when you find a good pear tea. I’ve been recommended the Honey Pear from Golden Moon (but haven’t tried it). The spiced pear from Market Spice has this awful soapy aftertaste to the pear flavoring, ick.

You shall see it in my tealog!! Haha, it’s not a huge priority for me atm, but if I come across one I’m likely to order/try it. Pear is a tasty flavour.

Haha, yeah it would show here, wouldn’t it?

Oh yes. I am far too Steepster-addicted right now to drink anything without logging it! :D

I can’t stand sencha pear because it’s so fussy. I find you have to brew this one exactly right or it gets all uppity and starts tasting bad. I like my teas to be forgiving of my mistakes. I have tried it a few times and it only tasted good once. bratty little tea.

Hahaha, same thing with me! I’ve had it like 5-6 times, and only twice was it good. That’s just not an acceptable failure rate for me. And I couldn’t figure out what I had done wrong, either (I mean, when 3 minutes and 15 second at 82C ruins it one time and is great the other….?!)

I’ve decided it’s either inconsistant mixing in the factory or black magic.

Received this tea as a sample from fellow steepsterite Aimee Popovacki via the Facebook tea traders group (http://www.facebook.com/groups/416983045023545/)

This was a great mellow tea to start the day. I could taste the burst of pear flavor and the slight sencha base. I did not get any of the other notes (the apple or marigold) but this tea felt very balanced. It had a nice mouthfeel. I am not the biggest fan of eating pears (something about the texture) but this tea was really nice.

Aimee thank you for the sample!!!!

Pear teas are the elusive flavour for me. I’ve yet to find one that captured what a pear means to me. And this one? Failed. Miserably. I was happy to have gotten it in a warehouse clearance and only paid 1.50 for the bag, because I was giving it away less than an hour after I brewed it. I didn’t get green tea or pear, instead I got a mouthful of . . . I don’t even know, but I do know I didn’t like it. Definitely won’t be buying this one again.

Recently David’s moved to a larger warehouse, so they offered a few sales online. My favourite was as many bags of Northern Lights, Honeybush Lemon Ginger, or Sencha Pear you wanted for 1.50 a bag. I totally stocked up on Northern Lights since I love it!

Awww, I’m sad that I didn’t hear anything about it!

I find they only advertise them on Facebook. Only reason I started using that site again was to stalk DavidsTea!

I tried a sip of this when I was in the store to find out why another tea is no longer doing what it is supposed to do. And found this to be an enjoyable green. Enjoyable enough to take home 10g to see if I really care enough for this tea to add it to my cupboard.

I ended up using the entire 10g in my new tea pot, I brewed this up and this morning it is GONE! So at least I know either my husband woke up incredibly thirsty and downed the entire 1lt of tea in one shot, or he just did not realise he was drinking MY TEA! He can have his “poisons” but seriously he should leave mine alone!

sigh so sad that I did not get to try this one at home!

Smell: Have you ever tried those jellybeans from Jelly Belly? This smells just like their pear flavored jellybean.

Flavor: Like biting into a really juicy pear (but not as refreshing). I can tell that there is some green tea in the mix, but its very mellow. Its like throwing some pears into a salad. I don’t think pear is a particularly strong flavor, but once my senses pick it up, it tends to stick out.

Reminds me of: It tastes like sencha, but does not really remind me of any other teas.

Aftertaste: This sounds weird, but its kinda zesty and tingly in my mouth. Almost minty. The pear flavor lasts awhile.

This tea steeped for a long time. I recently discovered that I like the flavour of green tea when it is steeped without an infuser; being too lazy to strain, I drink my greens traditionally, with the tea leaves in the cup. I don’t like my teas piping hot, so this tea has a long time to steep. I reckon this may have led to a more green tea experience than advertised on the label. Luckily I love Sencha; my daily go-to tea.

Sencha pear has an interesting aftertaste. It tastes like a bitter pear essence coupled with sencha rather than the fruit itself. It steeps a gorgeous color and has a nice mild taste with a lingering aftertaste. Had I not steeped the leaves without an infuser I would likely have been able to get two or three good cups out of each tbsp (plus or minus half depending on the strength you want steeped).

It’s a great sipping tea for anyone with a penchant for slightly bitter tastes. I enjoyed my first cup of it today.

This tea is amazing! That is, if you like pear. You can tell right from the first smell of the tea that it’s going to taste like a nice, juicy pear. The pear “pairs” perfectly with the green tea, leaving a delicious, delicate blend.

I love green tea. And I love pears. This tea smells heavenly. And the taste is a nice green with subtle hints of pear. Very nice.

First tea of the day today! This is one of those teas where the first sip warms you right to the core, the pear and apple hitting you right away, despite how subtle their flavours can normally be, and then the marigold and sencha leaving a delicious aftertaste. I can’t believe it took me this long to actually buy a tin of this!

This was one of David’s super special deals – great for iced tea, wouldn’t drink it hot.