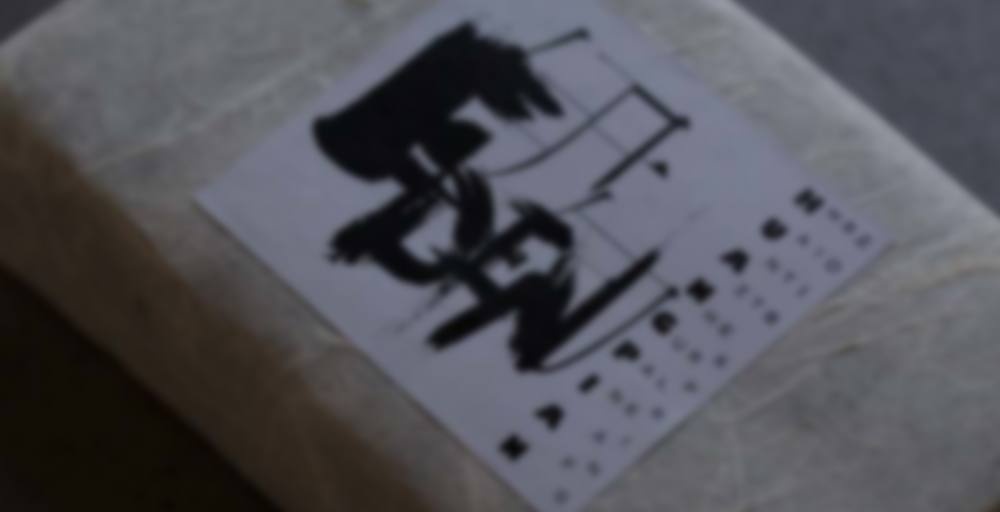 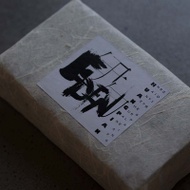 Made from the huang pian material from our Eden Manzhuan, this tea maintains much of the same unique fragrance and sweetness, but for a budget-conscious price.

Huang pian simply refers to the older leaves on a tea tree that are either picked later in the season or removed from earlier pickings due to their less-than-desirable appearance. The leaves end up a yellow-green colour after roasting, and don’t take to rolling the same as their younger counterparts, remaining flatter and stiffer.

Nonetheless, huang pian material still can make for a very flavourful tea, typically with a smoother, sweeter and easy to accept character at a fraction of the price.

I had this as my evening tea and it positively surprised me. I had a few Man Zhuan teas that are significantly more expensive, but I actually preferred this one. Of course, it doesn’t last as long. However, even taking that into account, I think it is a bargain. The tea has a strong fruity fragrance, a good body and a long sweet aftertaste with a slightly cooling sensation. Even though I didn’t take detailed notes as this was my only session with it, I think it ticks all the boxes I would like from a raw pu’er in this price category. The taste is really pungent for a huang pian, and although I could detect some general similarities with the other Man Zhuan teas I’ve had, this one I found more balanced and agreeable taste-wise.

I received a free sample of this with an order a while back. I’ve also tried the regular Eden some months back, but at the time concluded it needed more time. My sample was essentially just a single piece of the brick. I didn’t have my more accurate scale on hand, but a simple kitchen scale that only has a display resolution of one gram hovered between 17 and 18g. I ended up using the whole thing in my 250ml Yixing clay teapot (Ben Shan Duan Ni). Massive, I know, but it brews amazing tea and the clay and craftsmanship are just stunning. Relative to the size the pour is actually really fast, seven seconds according to my mental clock, and the tea just shoots out like from a jet engine. Unfortunately I was forced to use a gooseneck kettle for this session and filling the pot full with it takes forever. Under such circumstances I would have never loaded in 17 grams for most teas, but since this was Yiwu, since it was huang pian and since it was all just a single tightly compressed chunk, I knew it would work out.

Just smelling the sample bag was quite an affair. Really fruity, with an artificial, candy-like quality to it. Then it clicked: gummy bears. The dry leaf smells just like gummy bears! I did a ten second rinse followed by a five minute rest while I sipped the wash. The liquor was mineral and fruity. More flavorful than you’d expect from just a single piece of compressed tea. I proceeded to do nine infusions, the timing for these being 20s, 16s, 16s, 16s, 18s, 20s, 25s, 35s and 75s. Sixteen seconds essentially represents a flash brew in this case given the kettle I was using to fill up the pot.

Little Eden lite started off light, mineral, slightly buttery with a bit of a sparkly mineral water sensation of the tongue. As the tea cooled, hints of fruitiness and sweetness started to emerge. After struggling to identify the fruit, the picture finally became clear and I knew what I was tasting: bananas, fried bananas with slight caramelization. That’s a new one for me.

Virtually every steep was very mineral, slightly sweet and varying degrees of fruity so I’m not going to repeat those things. Steep two saw the fruit moving from banana to perhaps a more peachy direction. Starting with the third infusion the tea started to feel quite easygoing, refreshing, hydrating and somewhat lubricating.

For the fourth steep I broke up the still largely intact large chunk into three smaller chunks and this really helped the color, which became immediately more yellow instead of pale and clear. The flavor was really nice now, not that I had complaints before, really fruity, really, really fruity. Not too sweet, not too dry. This tea is more mineral than I usually prefer, but overall it’s a very minor thing. The fruitiness was now a cocktail of bananas and a stone fruit of some sort.

The fruit moved toward apricot in the fifth infusion. I’m not sure if I was actually tasting some wood in the sixth steep or just thinking I could see this tea developing some of those notes in ten years’ time, but at this point the tea started reminding me a lot of Bitterleaf’s WMD and Hidden Gem. While there isn’t too much to say, the tea was good. Really good actually.

Starting with the seventh brew the tea was beginning to veer more towards acidic. The flavors were beginning to taper off as you’d expect, but the tea was definitely still going. I did two more infusions and while the tea could have most likely kept going with increasingly long steeping times, I decided to call it there as I’d frankly drunk a lot of tea by this point.

This tea really surprised me. This is most likely the fruitiest sheng I’ve had to date and just one of the fruitiest teas in general. Fans of fruity dan congs would likely be all over this tea. At eight cents per gram this might very well also be the cheapest raw pu’er I’ve ever drunk. This might be the bargain of the year right here. I’d call this tea really, really good and possibly the most drinkable young sheng I’ve encountered. I got absolutely no bitterness or astringency, not even a hint of them, can’t say how much of a role the clay played. I’m not sure if this tea gets bitter ever and it would most likely be a prime candidate for grandpa style.

As mentioned, fans of dan cong should definitely check this one out. Those who like Bitterleaf’s WMD and Hidden Gem will likely be onboard as well. For my tastes the tea is a bit too mineral tasting as mentioned, but other than that it’s a nice casual brew. This would make for a wonderful introduction for someone new to raw pu’er or even quality tea in general. While a high-quality tea, it should not be mistaken for a high-end tea. The thickness and mouthfeel didn’t really seem to be there nor did I get any qi. On the other hand the flavors are great, longevity seems surprisingly good and even after drinking probably over two liters of this stuff I didn’t feel any lightheadedness, dizziness or issues with my stomach. I think the aging potential is there if you just look at Hidden Gem, but drinking it now seems the most attractive option. Then again at $21 for 250g you could easily buy a kilo of this and drink half, store half.

I need to try the regular Eden again once it’s had time to chill out a bit more.