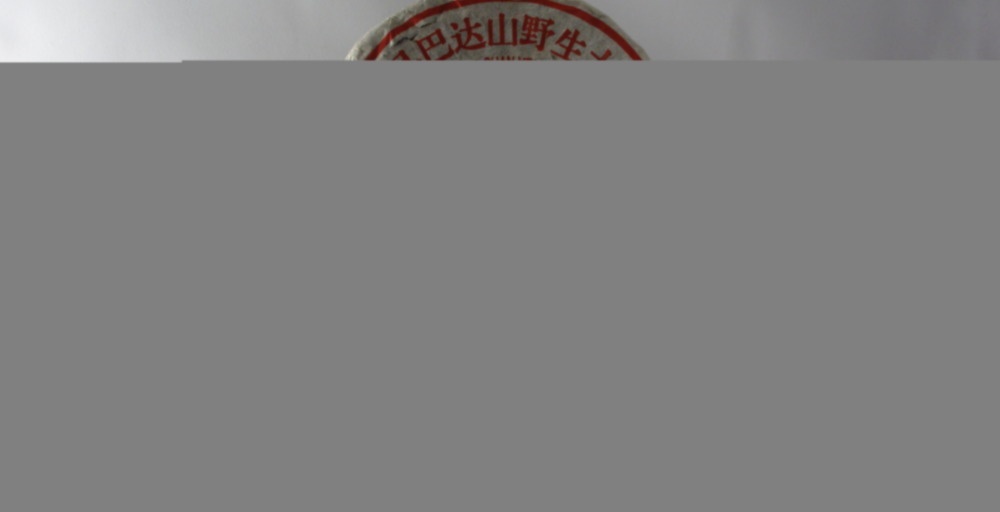 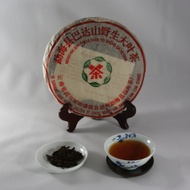 by Bana Tea Company
82
You

Taste characteristics:
This nine-year-old ripe Pu’erh tea is harvested from ancient trees. The infusion is dark orange and is the perfect drink for a lazy afternoon or after a long day of work. The tea is not only very aromatic, it possesses of a bouquet of complex flavors that is relaxing and satisfying and provides a long-lasting lychee aftertaste. This tea retains its flavor after multiple infusions better than most ripe Pu’erh teas.

Time for some shu this morning…. :)

I gave these leaves a quick rinse and am using about 1 tsp. of leaf in the gaiwan. I tossed out the first infusion, a lot of times I don’t drink those.

2nd infusion: This tea has a very intense woodsy aroma, almost smoky like. Very assertive, a bit too strong. Steeped for 30 seconds.

3rd infusion: steeped for 10 seconds. This tea is a beautiful dark orange/brown. Color is like burnt sienna. I am picking up on so many complex flavors. Woodsy, smoky, but also with a tiny hint of plum. Smelling a bit of the camphor here.

4th infusion: 20 seconds – getting a bit more mellow. Smoke is leaning into mustiness. Some chestnut and caramel notes are starting to surface here and the camphor is retreating. This may be my favorite infusion so far. This tea is very meditative, almost spiritual.

5th infusion: 30 seconds. Here I am starting to pick up on the lychee flavor. This is turning into a delicate mouthfeel.

Wow, this really is a great tea! I think I would have rated it a little bit higher if not for all the camphor but it is really an intense and wonderful tasting experience. I do recommend checking it out! It is quite fun!

I just checked their website and thought this was really expensive, but with multiple steeps, and being aged, it is rather economical.

Amy, do you measure the pu-erh, or do you guesstimate the amount?

Like I mentioned before, MANY Darjeelings are more expensive, because they are not suitable for multiple infusions, like Pu-erhs and Oolongs.

That’s what I do too.

This one has a rather singular smell in the packet. I would describe it as “dark” or maybe “hearty.” There’s no fishiness at all, and only a little leather. What I get is more deep and rich, like a really moist tobacco or, for some reason, a really concentrated butterscotch. Where that is coming from, don’t ask me — it may be more of an association than a flavor. If you’ve had those really dark, deep, rich butterscotches that make you understand where the “scotch” part comes from, that’s what I mean.

Steep 1 is smooth, and a bit more earthy and mushroomy, but steep 2 is cognac, for sure.

The third steep is similar to the second, as is the third — but the fourth is a little less “round” and the fifth has a sweetness that I’m finding tends to come out in shus in the middle steeps. It must have something to do with the breakdown of the sugars in the leaves? The sweetness here isn’t like the brown sugar and molasses notes that I adored in the Life in Teacup, but it is very nice.

By the sixth, I start detecting a bit of a fade. The color becomes lighter though still reminiscent of brandy.

I enjoyed all 10 steeps. While I still think the Life in Teacup is the most stunning of those I’ve had recently, this is lovely. I had to bump up the Life In Teacup’s rating so I could rate this one high, but not as high as it.