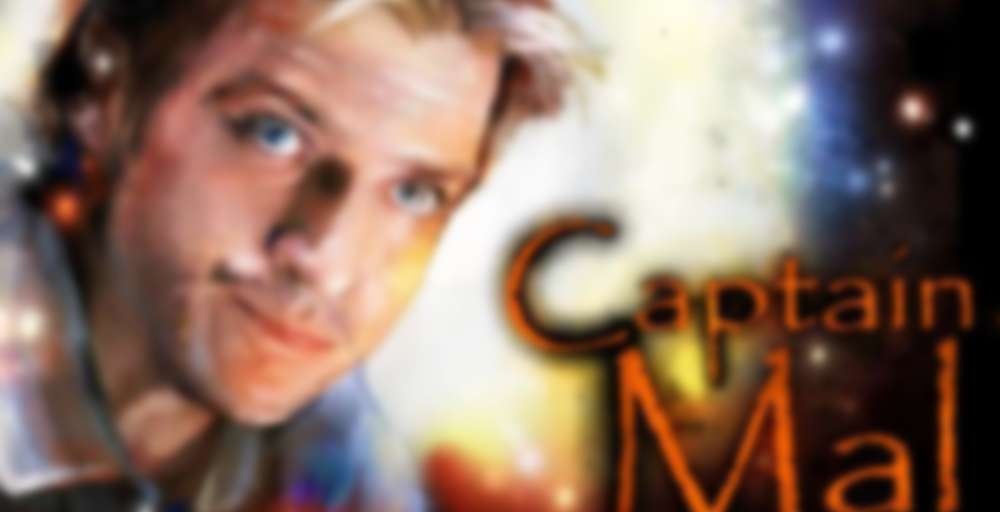 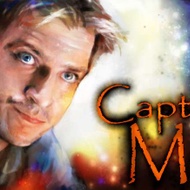 Hopeful, a point of interest, and just a bit bloody. Smooth chocolate and blood orange with a touch of almond oolong, Captain Mal is a zesty and sanguine blend that aims to misbehave. Make sure the tea leaves are properly mixed on this one, the blood orange bits tend rise to the top of the bag/tin.

Inspired by Joss Whedon’s Firefly. Art by me.

I have not done much business with Adagio and I’ve never tried their custom blends but I pulled this one out of Artp’s Traveling Teabox. It’s interesting – black tea with a hint of cocoa and orange. I’ve enjoyed it but it’s probably not something I would purchase.

First thought upon opening the bag: Oh god this SMELLS. It was overpoweringly strong to the point I wanted to gag.

I was pleasantly surprised by the taste because I didn’t want to immediately spit it out. I was expecting something truly horrifically over-flavored given the heavy scent. It’s drinkable – barely – though why I would want to is a whole other question. I can’t concentrate on the flavor too much. The flavors just do not work together for me, and the tea feels faintly oily in my mouth, which isn’t terribly surprising given how heavily scented it was.

Dear self: You don’t need to prove your Browncoat cred by buying and drinking tea. Just rewatch the entire series a few more times. You don’t have all of The Hero of Canton lyrics memorized yet.

This whole tea is very muted. If I focus, there is chocolate and there is orange…sorta… but its all just muddled together and one note, which is kind of a shame since it is supposed to represent such an awesome character.

I tried to make this as an iced tea.
It was a poor choice.
Don’t ever do this thing, guys.
In my head, the orange flavor of this would turn it into an orange-juice-tea. But the chocolate or something in the base strongly objected to the ice process.

Lol… Firefly tea? That’s a thing? Speaking of which, I was considering re-watching it recently, but couldn’t make it through the 2 hour long first episode!

@Mookit — The show gets really good. The first like 20 minutes of the first episode is really boring, though. It’s them losing an attempted revolution. A part of the show is this giant, overarching totalitarian government that controls everything. They’re outlaws that lost. It’s important backstory, but the battle itself is dull and probably lost a lot of viewers that were like “what am I watching? Ugh.” It probably could’ve been a quick, 1-minute flashback partway through the episode.
Oh, and Adagio has an area of the site where people can make their own mixes. You can save your mixes. They don’t have to be fandom-based, but people seem to be using it for that purpose.

VariaTEA sent this one my way and so today i thought it would be fun to go through as many of the Serenity Fandom teas as i could. This one was from earlier today as i’m still working ugh Sadly this one was just a muddling of flavours to me. i didn’t get much in the way of orange or chocolate..just a blend of a vaguely fruity sort of adagio black tea. :( it wasn’t bad but there wasn’t much distinct in here for me

I thought finishing with the Captain might be nice (though technically I still have Serenitea left) so this is the last of the character teas that VariaTEA sent me. At first I thought the flavours in this one really didn’t match the character, but Amy Zen’s description really sells it and now I see how this is a very fitting blend for Mal.

Taste wise, I’m finding it the tiniest bit bitter, and I think the fruit flavours in this one come off as very thin – but the chocolate is definitely thick, rich and indulgent and the best aspect of this cup by far. It kinda baffles me that there’s hibiscus in this: I don’t get any familiar hibby characteristics.

So overall not a bad blend; definitely befitting of Captain Malcolm Reynolds – but as far as chocolate/orange blends go I think Butiki’s Three Friends blend definitely trumps this one by a landslide. But if you’re really into the character and don’t mind chocolate or orange then having 3 oz. of this might not be a terrible thing.

Now that I’m reflecting on character blends I think that I’d really like to see ones for Saffron/Bridget/Yolanda/Whatever her name is (juicy red fruits like cherry?) and one for Niska as well. Even though they’re only in a few episodes each I think there’s definitely enough to go on for a character blend…

Happy to get to try some Adagio teas, finally!

This one was decent, not bad chocolate orange flavours…sort of reminds me of a way crappier version of Butiki’s Three Friends.

The flavours weren’t super potent, but nor did they taste particularly fake, so that’s good.
There was just nothing that really stood out about this cup, not the flavoring nor the base.

I gulped the rest of my cup down quick because hubster came home with a maple latte from Second Cup for me after work.

Which, incidentally, is a good indicator of where I am with tea again…. I was secretly like “ohhhh…that’s one less cup of tea i can drink today…” Rather than being tremendously excited like I would have been a month or two ago when I was still living for my daily (two or three) coffee(s)

Thanks for passing this along, Cavo!

Mal! All these Firefly teas makes me want to go watch Firefly again… for the millionth time. :-)

maple latte sounds lovely. Do they just use maple syrup instead of those expensive coffee syrups then? (Mind you, maple syrup is pricy enough in this country, but not quite to the same ridiculous degree)

You would think so, wouldn’t you, considering this is Canada! But no, that’s probably too expensive for them so they use a maple flavored coffee syrup, haha. Which I suppose is probably cheaper for them than pure maple syrup.

I bet with the proper kitchen tools a person could whip up a mean maple latte using real maple syrup, at home!

I used to get maple lattes all the time when I worked downtown. You can make your own coffee flavouring with a good quality maple flavour and sugar syrup. Or just use real maple in your coffee. :)

Real maple all the way :)

I’ve wondered if I should invest in one of those tiny little pots that can make espresso on the hob so I could have the occasional latte at home. It’s the only sort of coffee I drink, really, and I’ve sometimes wished I could have it at home as well, instead of only as a to-go sort of thing.

I used to have one, Angrboda, and I really liked it. I had a 2-cup one, I think? It made maybe 200ml. I’d recommend a stainless steel one for ease of cleaning.

Yeah, I see them around frequently and they’re not even very expensive.

I was thinking the same thing recently! Just concerned I wouldn’t be able to figure out how to use it, haha

Sipdown! (208)
I’m sending the other half of this on to whatshesaid so she can experiment with Adagio’s zany teas, but I want to thank VariaTEA for giving it to me in the first place! FIREFLY!!!

I didn’t realize it was an oolong but I can taste it in the base – just a little bit of roastiness lurking below. I can also taste a little bit of chocolate sweetness and some orange! It’s a nice cup, but not one that’ll linger in my memory for days, so no need to restock. (Unlike Thor. Or Loki… Come back to meeeee)

Thanks again for letting me try this!

One of my favorite teas, this blend contains black, gunpowder, orange peel, and spices. It wakes me up in the morning without getting me all jittery. It’s perfect for any Firefly lover.

This tea tasted like a pretty standard black tea to me, with some extra flavor (but no single one or two that I could easily identify). I made it with a bit of rock sugar and had two sips just like that, and it was fine. It was a nothing-special black tea. I added a small amount of half-and-half afterward, and then it basically lost all flavor, which surprised me.

In sum, a dull black tea, not very exciting, not super tasty, but not awful either.