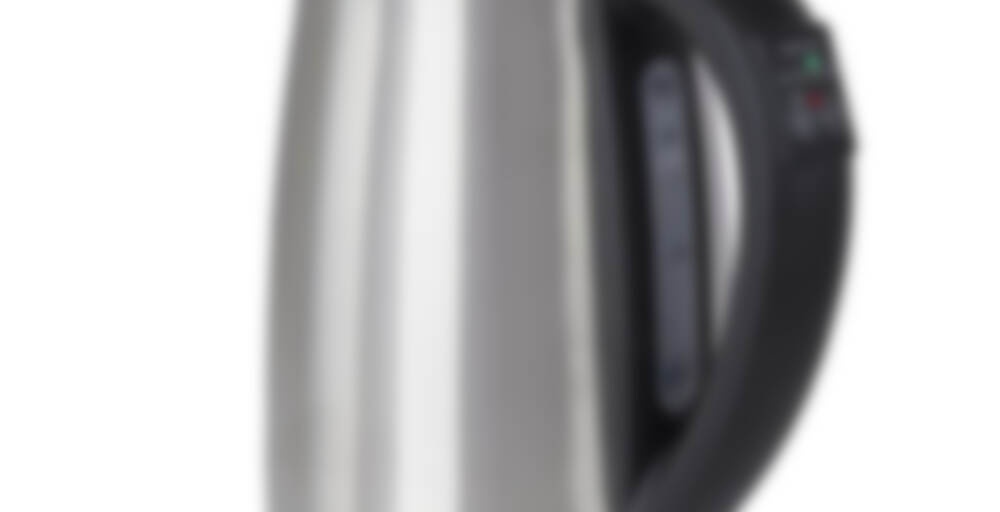 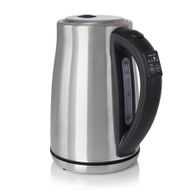 by Adagio Teas
86
You

tea lovers no longer have to struggle to achieve the optimal steeping temperature, while darker tea drinkers can still expect impeccably boiling water. With an innovative temperature control system, this versatile device can heat to your preference-180 for green, white, light colored oolong teas, or boiling for black, dark oolong, and herbal teas. At last, an all-inclusive kettle for heating water for the perfect pot of tea. This durable stainless steel kettle is a must-have for green tea lovers.

While I don’t support Adagio anymore after their anti-LGBTQ+ scandal with the CEO, I have to mention that I’ve had this electric kettle for 10 years now. It still works like new. That’s pretty amazing, considering it gets used every single day.

I still wish it had a temperature gauge instead of just a range, though.

I hadn’t heard about that. Now I’m glad that I only like a couple of their teas. :/

Didn’t know either and looked it up. Saw the twitter posts. Geez. I only like 1 or 2 of their teas too. I was planning on passing on them anyway since I have found 3 or 4 other places I’ve fallen in love with recently. Thanks for heads up.

@TreeGal and Kawaii433 I’m actually kind of surprised that the story didn’t really make it to Steepster. I regret not starting a thread in Discussions about it when it was happening.

I’m glad to find out about this. There are a small few Adagio teas I really like and I might have a hard time going without, but most I won’t miss in my collection once they are gone. That is definitely the sort of thing that turns me off from a company, being a member of the LGBTQ+ community myself.

I’m so relieved to see these responses, y’all… I was afraid people here knew and didn’t care.

Thanks for letting us know, I hadn’t heard about it either.

I care. <3 Thank you so much. Values over everything.

Bad that they do such a thing, I am about taking a stand so we all are treated equally. There was an old quote of “Love one another as I loved you.” Solid words.

Thank you for the heads up, Tabby! I am part of the LGBTQ community myself and was not aware of this. I had just been thinking of placing an order with Adagio and placed an order with Harney & Sons instead after hearing about this. Harney is definitely LGBTQ friendly! :)
mrmopar – Solid words for sure, friend! Thank you!

My husband got me this for our 2yr wedding anniversary (a little early as it’s not for another week) and I love it. I didn’t want anything super fancy as I mostly drink black teas, but I was tired of constantly guessing temperatures when I made my green/oolong teas.

This heats the water ridiculously quickly & it’s kind of spoiled me. I was boiling water for pasta yesterday and thought “Why is this taking so long to boil?!” I realized that I had already gotten used to the quickness of this kettle and laughed at myself.

The only criticisms I have are:

1. There is no specific temp settings- there are color markings for 180 and 212 and I know that if you set it between or below those color markings you get more varied temps, but it’d be nice to have some indication of other temps. I don’t need it so much but it’d be nice. If you need more specific temps and can afford to splurge on a higher end electric kettle, go for it. But this is more than enough for me :)

2. It could use some sort of indicator as to it being done. Like a ding or something since it doesn’t whistle. That’s not a big deal to me as it heats the water so fast, I don’t even bother to leave the kitchen. But it’d be handy.

I have this myself and I love it! Congrats on your anniversary :)