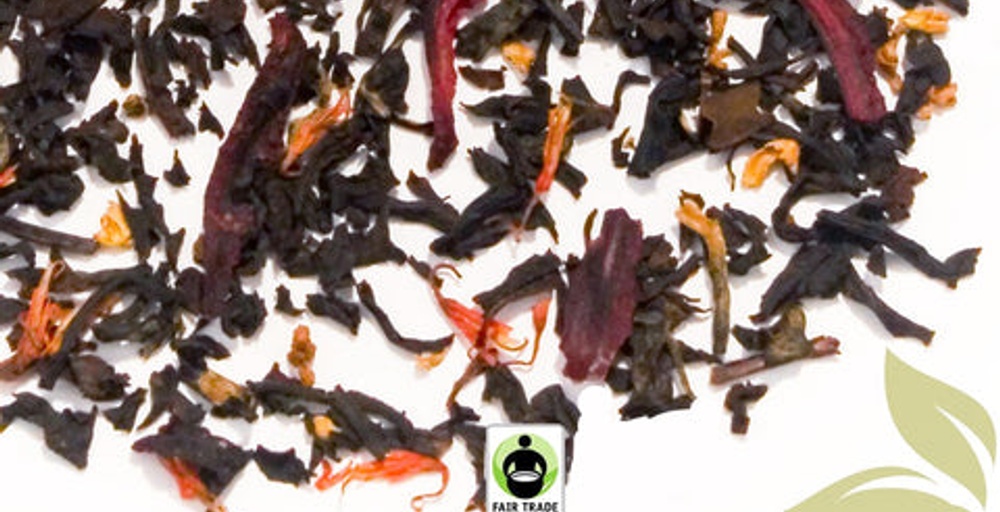 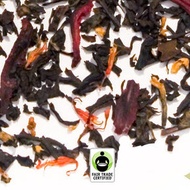 Succulent dark black leaf tea, with a splash of plum and berries. Delightful over ice.

I indulged in a bit of retail therapy the other day, and ended up ordering a ton of samples from Zhi Tea. Zhi is a local Austin company that I’ve been meaning to try, so I’m glad to have finally taken the plunge. Though my cupboard probably isn’t so happy, with something like 25 new teas… :O

Anyway, I pulled this one out, semi-randomly, to try first. I often have an issues with berry flavoring tasting chalky, and from the dry scent I could tell this would probably be one of those times. But actually, it’s not as chalky-tasting as I expected.

The berry here is more of a dark, syrupy, quite candylike flavor that’s somewhere between blueberry and raspberry. It’s almost a bit cotton candy-like? Maybe some blackberry in there as well. I don’t get much plum though, which is a shame as I adore plum things. The hibiscus is very restrained, I only get a hint of tartness that helps the berry pop a bit more. Base is decent, could be a bit more flavorful but I can definitely taste it and it’s not thin or overly tannic.

Anyway, it’s a nice enough tea. Probably not something I would reorder, just because I was wanting more plum than berry and it was kind of the opposite of that. But I’ll enjoy finishing off the sample packet!

One thing I wonder about Zhi though, is whether they blend all of their flavored/blended teas in-house. Their website seems to imply yes, but then they have a few teas that are always catalog red flags for me, like a cherry sencha and a blueberry bai mudan. It doesn’t necessarily matter either way, just something I’m curious about. I’ve had several experiences where companies say they hand-blend everything, but it isn’t really the case, so I guess I’m just suspicious about it now. :P

Too bad about the missing plums. Have you found a good plum rich tea? If so, where? Which one(s)?

Also, deception sucks. Some honesty in this regard would be nice.

I agree about being skeptical of “hand-blended in-house” claims now. I just got a Plum Deluxe advert in the (snail)mail which had “hand-blended in small batches!” printed right on it, and there were absolutely Adagio and Dethlefsen & Balk teas in the advent I had from them last year.

@Ness – For a plum tea, not really? I have Dammann’s Noël à Saint-Pétersbourg which has some nice plum notes, they have a mirabelle plum green tea that I still need to try…

@Alita – Yeahhh I felt the same way about their advent. The banana nut honeybush was definitely the same as Adagio’s, and it’s one they offer on their website as well. :|