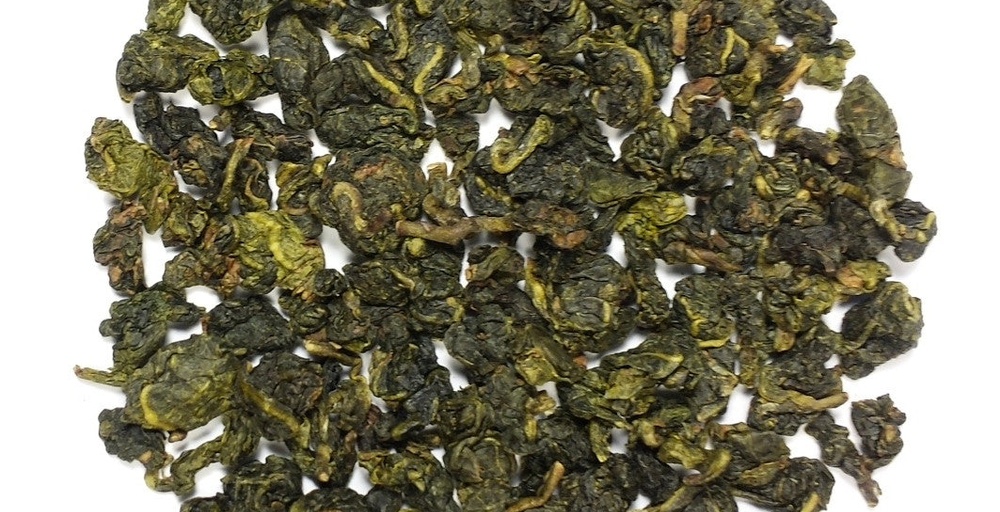 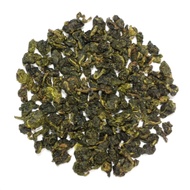 This Milk oolong tea is also called Nai Xiang Jin Xuan tea because it is made from Jin Xuan tea, and Nai Xiang is directly translated from the Chinese for “milk aroma”.

Jin Xuan tea has a natural milk aroma and taste, and milk flavour is also added to Jin Xuan tea. Therefore, Milk oolong has quite a strong milky aroma and taste. This premium tea has a delightful creamy fragrance and a light milky quality. Good for several infusions.

I had drank this about a week ago now, but as I look through my tea notebook with all of the unwritten notes, I realize that I need to catch up. I want to start producing more notes on here; rather than getting too far behind….Which I am already. :P So, here is my attempt at doing that.

Notes: Thick, creamy mouthfeel. Reminds me of almond milk or vitamin D capsule. The longer the session, the less “creamy” it becomes and it “smooths” out a bit.

All this talk of milk oolong took me there. Tasty. Creamy and thick and sweet condensed milk and fruity oolong. I am enjoying it even more with all this milk oolong preamble.

The second steep seems to be far more buttery than the first, but just as sweet.

The green oolong tastes come up more as it cools.

I’m not the only one fixated on it?

Maybe you are currently the only one, but you seem to be taking several others on this ride.

Well, considering how many milk oolongs I just sampled…

I drank this one for two days, approximately seven steeps.

There are so many copies of this on Steepster Evol. Anyway, I actually quite enjoyed this tea. It was a western brew beginning at three minutes that yielded four nice cups.

The first one was a fatty, creamy flower butter melting in my cup with a strong buttery vegtal back ground and a sweet foreground. There was some coconut lingering here and there, but overall, a thick condensed milk was had. The second cup was much the same, but sweeter with a little bit more of the coconut I described. The third continued the same character along with a stronger floral edge. The fourth, and the final cup was much the same of everything in lighter, yet continually full bodied form.

Drinking a milk oolong near midnight is mad, but I’ve been mad for a good one. After the HUGE disappointment with Oollo’s, I figured a flavored one was well deserved. The milk flavor is very strong in this which is why I really enjoyed it, but I can see how the weird condensed fatty milk with the buttery green body could disgust some people. Yet I was looking for some thick creamy oolong, and this is what this was. Examining the price was the other main impetus because I’m on the search for the best tasting oolong for the best price of daily drinking. This might fit that criteria, and there’s a few other teas that Zen offers like the Coconut Oolong, a Baozhong, that looks promising. Nevertheless, I’m leaning towards What-Cha for some good results.

Good results came from this tea anyway. I’m impressed that a lot of the natural qualities like the floral notes were able to remain in the tea, which is one of the aspects I really enjoy about Milk Oolongs. Luckily, I have another sample of this. :) More experienced drinkers could be deterred because the liquor is so thick that is very much like a coconut oil lotion, but this is not a bad example of a Milk Oolong-just a potent one.

I think you and I have similar tastes. What you’ve been drinking lately sounds amazing!

BTW, the company is called Zen Tea Life in full. Reviews for the same tea seem to show up under either Zen Tea or the other.

Delighted that you’ve already discovered some that you enjoy. It’s all about tea joy!

At this rate, you’ll be through that box in a couple of days. :)

I’m saving the black teas for when it gets cooler. :) The milk oolongs I’m plowing through because I’m on the quest for a good daily drinker. Mandala’s Milk Oolong is one of my very favorites, but it’s so expensive per ounce.

Hooray, my order from Zen’s sale came in today, so now I’m restocked on that amazing coconut oolong. Zen also kindly threw in this sample. I do love milk oolongs, so excited to try this one. Interestingly the leaves, though whole, are quite small, about a third the size of most rolled oolongs I’ve come across. This is one of those milk oolongs that has milk flavor added, so no surprise, the butter notes are quite strong. Overall it has a buttered spinach taste. I think I like Mountain Tea’s version of this a little better, or maybe Teavivre’s unflavored version — but this is still a quality milk oolong and the preference just comes down to personal taste.

I got mine today, too! Monty fast for tea coming so far. I got the unflavored milk oolong and I am drinking it right now. It is pretty tasty!

29Jan: Sample sipdown. milky, very milky. I like this tea beter sans extra flavoring. If you want your milk oolong to be extra milky…I didn’t care for it.

I’m drinking the 2015 winter harvest of this one, with Gong fu style brewing in my very traditional Perfectea maker from teavana. I only have experience with davidstea’s milk oolong, which I love, so I was really excited to try this one! When I first opened the bag, the very familiar milky aroma washed through me and I was overjoyed.

The First sip made me realize that maybe davidstea’s had too much milk flavouring for its own good because this is quite balanced and im very happy about it. I taste the same milk flavour .. or a very similar one, but its right alongside it is the taste of the oolong itself. The Jin Xuan seems quite vegetal and a bit roasty, though it’s a bit hard to differentiate between the milk and the leaf itself. The milk flavour, however, is rather thick and filling, it’s almost exactly like a deep fried milk ball, you know those? its really quite lovely, and very sweet.

Second steep is sort of.. less creamy? but still very milk ball tasting, I’m also noticing fewer vegetal/roasty notes, and this steep is really astringent.. I actually didnt notice whether the first steep was astringent or not. I’m gonna go with yes, but in any case, this steep is a bit more prominently milky than the first. Less complex.

Yeah I forgot to time this steep but I guessed and I usually have a pretty decent internal clock so… yeah anyways so this one seems to be creamier than the last, which is strange it sorta went back and forth there (maybe i just steeped this one really long .. ) It’s a little less sweet, and a bit more like the dt milk oolong im familiar with. There’s a weird feeling in the back of my throat kinda like im getting sick.. im not sure if thats cause of the tea but at this point im kind of hoping it is.. I really better not be getting sick right now.

I think it is the tea.. It’s kind of a weird sensation, honestly I’m not sure how to feel about it..

But anyways, the 4th steep was still nice and milky, just less creamy and sweet than before. It’s actually so impressive how much flavour these leaves are holding, i’m already like 10 minutes in and Zen Tea says I can go for about another 10? We’ll have to see

This is almost definitely some weird psychological thing but I swear the fifth steep was creamy again.. but nevermind that it probably isnt. lets just say its not, cause yeah so anyways it’s getting a bit more vegetal again as the milkiness is fading, which I’m not at all opposed to. Also i should say that it’s still quite milky after the 5th steep.

It’s just barely holding on to that milk aftertaste now, and the colour is fading a bit

Alright I’ve written about too many steeps now, It’s just waning in flavour all around (still delicious and flavourful, mind you)

This one just seems to go on and on (hey! just like this review is), even when I stopped expecting it to. Well done, my milky oolong. You’re a real trooper

lol I feel like a bachelor going around finding all the teas I can get my hands on and then never ordering it again, like I don’t know if my goal is eventually to settle down with the few best teas in the world, but I don’t think I’d ever be satisfied..
God I love tea culture right now