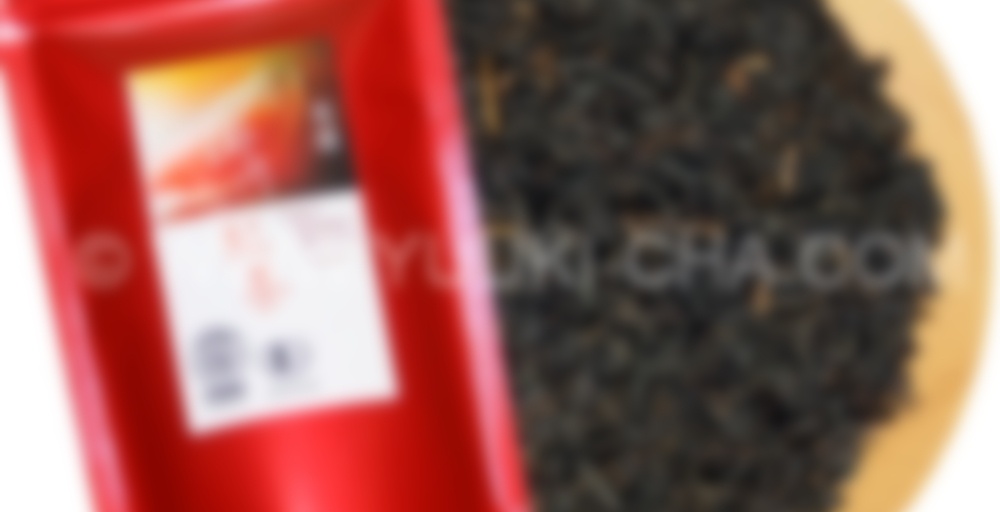 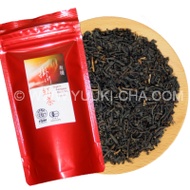 I saw this tea on Yuuki-cha’s website earlier in the year when I was deciding what shincha to preorder. I love trying new and interesting teas and a Japanese black tea? Totally qualifies. I picked up this one and the Yabukita varietal. I’m almost out of both of them but I think the Saemidori is my favorite.

When I first started drinking teas, I ended up with a fair number of Darjeelings. (I think it was because I liked the Twinning’s bagged Darjeeling with sugar and milk so I thought Darjeeling = good.) There were aspects of Darjeeling tea that I really liked (the muscat note and the brightness in particular) but so often it seemed that they had bitter and/or astringent end notes that killed the pleasure for me. And once I discovered Chinese black teas and their can’t-make-it-bitter end note, any Indian tea that had that potential for bitterness? Migrated out of my pantry and never came back. (In fact, even today I have only three Indian teas in my pantry, all Assams, out of over 80 different teas.)

This tea is basically everything I like about Darjeeling and none of the things I don’t. It’s like a sweet, summer-fruit-tart Darjeeling was raised in China where it learned to give a heavy, silky mouthfeel and a floral and non-bitter end note.

The dry leaf smells of sweet hay but the brewed tea smell is just shocking because it has none of that hay note. Instead, it is all plums and cherries (the bright red tart kind, not black). It’s crazy to compare the smell of the leaf to that of the tea. The two smells don’t seem to match at all.

The taste is surprising. It is very much like a Darjeeling (as I mentioned) but without the astringency. The cherries and plums from the smell come through on the taste – tart summer fruits that taste like the first of the season, not the ones that have been ripening on the tree for a while. It also has the smoothest, silkiest mouthfeel and end note ever. It feels so heavy on my tongue!

As it cools, the taste smoothes out even more and becomes softer and more floral. Maybe a faint note of roses though not as perfumed. (My lack of knowledge of flower scents is really showing here… think of a dark smelling, not overly sweet rose.) Every so often I start to get a note of the hay-like sweet smell in the taste but it is rare. It’s a sort of softly woody/dry grass note that lays underneath the summer fruit and floral notes.

The strength of the flavor is really powerful. I tend to go for smooth, mellow black teas that make me think of cuddles. But this? It’s vibrant and powerful and bright. Delicious, but energetic. And as good as it tastes, one cup is usually enough for me for a while. I mean, imagine the pungency of a good sencha and carry it over to a black tea because that’s how the taste is. Pungent but in a tart, fruity, floral way. And with a really long aftertaste. I’m talking easily five minutes after my last sip I can still taste the floral tart-sweet on my tongue. Delightful! It’s also nicely caffeinated. Of course, that could have something to do with the 3g/5oz/2min steeping suggesting but just like sencha can get my hands shaking, so can this. So yeah, one cup can totally take care of me for a while!

Yuuki-cha no longer has this one their website. They went out of stock on it pretty quickly and I guess they don’t have the ability (or intention?) of caring it again until hopefully next year when the new crop rolls around. I can’t say this is my normal style tea – it’s actually pretty opposite – but it is such a different, surprising and tasty tea, I could see myself buying it again.

Got this in a trade with Auggie a little while back and am pretty happy with it. First Japanese red tea I’ve had.

I was honestly a bit off-put when checking out the leaves. Very irregular in size and shape (think poorly graded FOP Nilgiri or mid- to high-elevation Sri Lanka) with some disconnected yellow twigs. Dry fragrance is hay like, creating this unshakable thought of those twigs being bits of straw. The leaves are a nice glossy black, though.

In a larger pot (9g/450mL) the brewed leaves in the first infusion smack of Douglas-fir tips. I actually wish some of that came through in the flavor or liquor aroma, as I love Douglas-fir tips as a tea alternative. Citrusy, refreshing and laced with resinous piney aromatics. None of this comes through in the cup, neither in a smaller cup nor larger one.

Woody with a bit of underripe fruit. At this concentration I’m not getting the tartness I would if I bumped it a little higher, and I feel this is a bit more approachable. Rather than cherry, I get not-quite-ripe white peach. The first and second infusions are laden with cinnamon when brewed in a larger pot at the same concentration, while more flowery expressions come out in a smaller pot/gaiwan. The florals are a comforting mix of tulip, cherry blossom, and (especially in the second infusion) a resounding Cymbidium orchid aroma. Each subsequent brew is sweeter than the last. Light citrus notes come out as it cools and also are more obvious in the secondary brews. I want to say the third brew is like lemonade, but it’s much lighter than that – more like citron-laced water with a sprinkle of white sugar, a drop of honey, and some orchid petals stirred with a stick of Saigon Cinnamon. There is a woody-malty undercurrent shared by all, but it is only a light base flavor that sort of turns to a sweet barley tea aftertaste.

Overall, this does have some similarity to a mellow Second Flush Darjeeling or a very good and lighter Autumnal Darjeeling or Medium Elevation Ceylon with very little astringency at all, but the body and smooth mouthfeel is more akin to a Taiwanese red… The closest tea to this that I’ve had would actually be Sun Moon Lake Assam-cultivar Taiwanese red. Mouthwatering, smooth, full-bodied goodness with a definite sweet side.

Not the most spectacular tea around, but very tasty. I’ll be looking to buy more of this next time I see it offered.