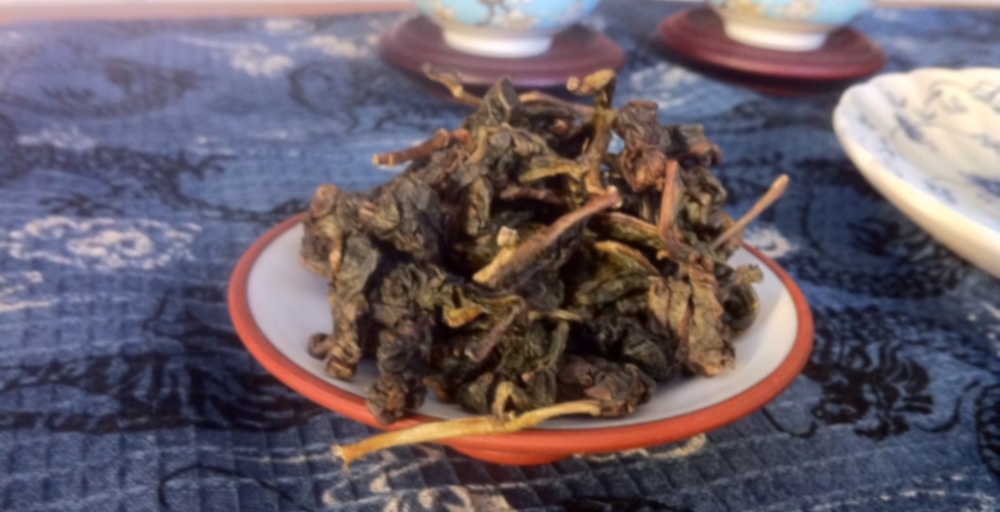 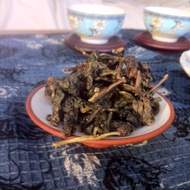 While visiting various tea vendors in Taiwan, I generally agreed with my co-travelers on which of the teas being sold were the most enjoyable. In one tiny shop in Taipei (Yu Ren Tang), however, I chose to differ from my friend and picked a 2010 unroasted Fo Shou instead of the roasted 2011.

Since I returned I’ve been disappointed in my choice. Each time I’ve infused this tea it’s been overly light and with only a ghost of toasty sweetness. I kept wondering how I had made such an error in tasting.

Fortunately, this tasting was different. Either due to the year that’s passed since I purchased the tea or some magic of the (rather large) number of leaves I used, these infusions were golden dark, richly mouth-filling, and quite aromatic in the mouth.

I hope to brew many more fine cups of this oolong as I try to unravel the secrets of its deliciousness.

This Oolong has the body of a Bai Hao or Sun Moon Lake, but tastes more delicate than its leaf size and color suggests. even with really quick infusions, the full flavor comes out immediately. each sip is a well rounded taste of sweet honeyed pecans.