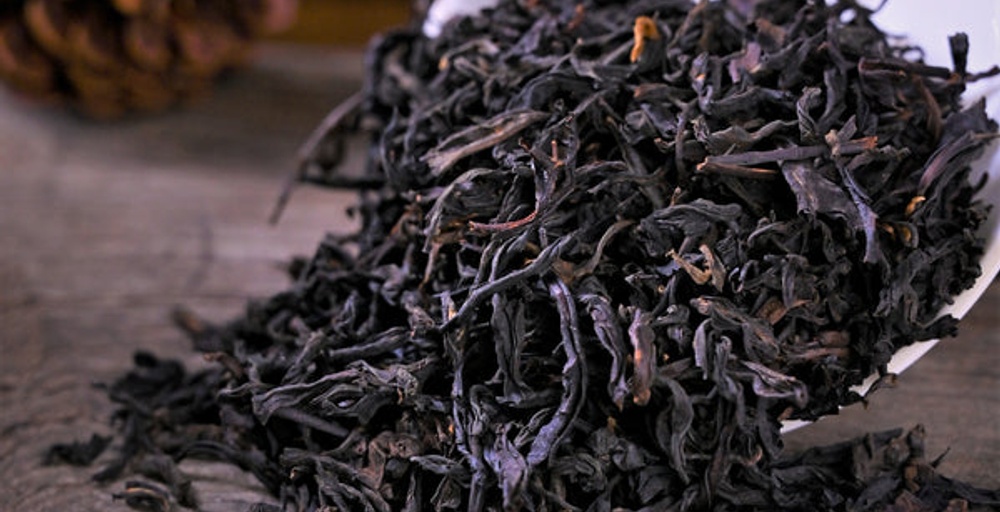 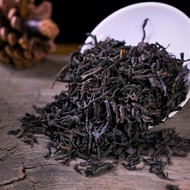 by Yunnan Sourcing
63
You

This is a premium Lapsang Souchong (smoked Zheng Shan Xiao Zhong) black tea harvested from old plantation bushes in the Wu Yi area of Fujian. The tea was expertly processed by the traditional process and then smoked using cured pine and oak wood to impart a unique smoky character. That smoky taste coupled with the natural sweetness of this lovely black tea makes for an unforgettable experience!

I received this packet as part of the “Smoky Tea Lovers Sampler Set” form YS, not because I particularly love smoky teas, but because I wanted to try some of the varieties available and see what was out there. These leaves were supposedly harvested in spring 2021, and so they’re just barely one year old. Nevertheless they were deep dark brown as dry leaf, and stayed dark brown through steeping. I’ve added a photo of the spent leaves. The tea liquor was a deep honey color. There could be no doubt that this tea was intentionally smoked over wooden fires. In the first steeping, I got an overwhelming fragrance of pine smoke very reminiscent of the aroma in my jar of smoked paprika. I was unable to smell anything else. Flavor wise, although I detected sweetness in the back of my mouth, the overwhelming flavor profile was as though I had been inhaling campfire smoke through my mouth for an hour. I didn’t really taste anything else, probably because the smoke residue deadens the sense of taste, and I actually developed a numbness on my tongue and the inside of my lips. I would only pair this tea with very strongly flavored foods, and I have a hard time imagining when I would want that level of smokiness except, perhaps, when eating meats. The second steeping was much less pungent and far less flavorful, and I see no reason to try a third steeping. They might as well have smoked wood shavings or forest leaf-litter to achieve an equivalent product. I just don’t like this and now I have to try to get the flavors out of my mouth. As bad as it is, I’d still drink it over rooibos. Maybe this will come in useful as a dry rub for oven roasted meats. I’ll have to try grinding some up.