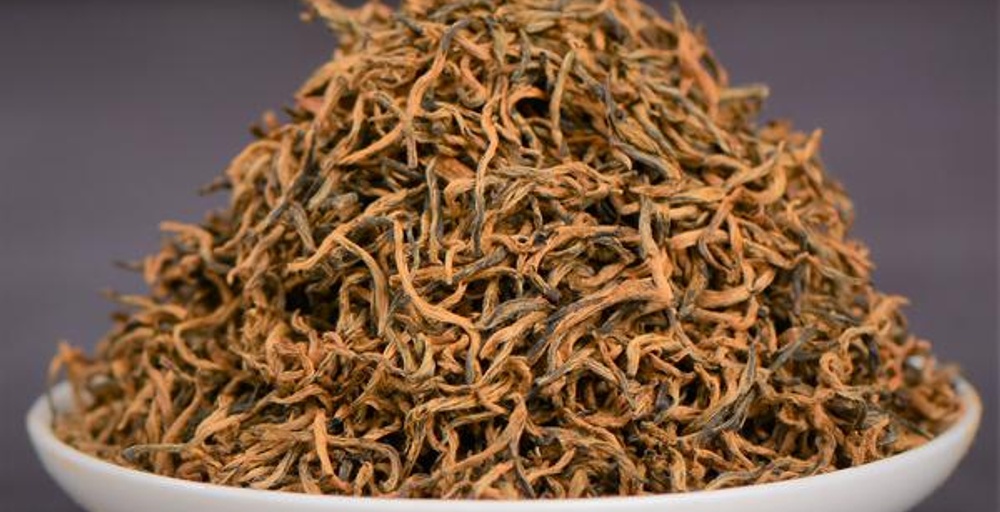 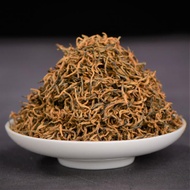 This is a competition grade Jin Jun Mei made from pure buds. Although this tea looks the same as the Pure Gold Jin Jun Mei Black Tea of Tong Mu Guan Village * Spring 2017, the processing and resulting taste is totally different.

The processing of this tea is done in several stages to gradually coax out the chocolate and honey sweetness. The tea has body, strong aroma, and is bursting with flavor!

Tong Mu Guan Village near Wu Yi in Fujian is the most famous place in China for the cultivation of Jin Jun Mei and this year’s harvest (April) is among the best in recent memory.

Well, I’m back after a long absence. I did not exactly mean to take a three week break from posting reviews, but it just kind of happened anyway. A lot has changed on my end in a very short time. I have two new jobs. I don’t know how I feel about them yet. For those wondering, I did not get the academic library job I applied for several months back. After getting strong feedback after my interview, it turns out my references were never checked, meaning I was never seriously being considered for the position in the first place. Then I got offered a position with the state after an interview that I thought went terribly. The pay isn’t great, but the benefits are solid. I also ended up getting offered a part-time side gig at the local Wal-Mart that bizarrely pays almost as much as my state job. I literally only make $0.58 more per hour with the state. My manager at Wal-Mart, however, is the mother of an old friend and thinks I would make a wonderful manager or corporate trainer and wants me to work for her part-time until something full-time opens up or a corporate/management position opens for which she can push me. It wasn’t exactly what I was looking for, but I needed an alternative. I’m way too old to be putting all of my eggs in one basket in terms of a career, and I need something I can do while I go back to school in my mid-late thirties that not only allows me to support myself but allows me to live pretty well. I’m not sure how I feel about the state position yet (I’m supposed to be able to work from home after I finish training), so having another option is great for me. Getting back on track now, this was one of my sipdowns from late 2020 (maybe around October or November). I found it to be a strong competition grade Jin Jun Mei.

Something of a typical higher end Jin Jun Mei, this tea delivered exactly what it was expected to deliver and nothing more. That statement, however, is not intended as a slight. This was a complex tea that was approachable, pleasant, and drinkable despite its complexity, and it displayed admirable longevity in a fairly lengthy gong fu session. Though I have had several Jin Jun Mei that offered more novel aroma and flavor components or had a livelier, firmer texture in the mouth, this was still a well-executed classic take on the style that was sophisticated and loaded with subtle appeal.

I am happy for you that you work! For me, I wasn’t sure about my job too. But found out that combination of easy-going environment, friendly co-workers, less hours than usual, non-hectic (often) stuff, it means more than higher wage. I am about to end the probation period soon as well and than will mean a raise. At least they have promised.

So, good luck in both jobs, I am sure you will do great and you will find out which is better to you.

Good luck in these new adventures! It’s tough out there right now, but I have so much respect for you going to school and making it work!

Congrats, I knew good things would come your way.

Very malty and chocolaty
Not quite strong like the Imperial Grade