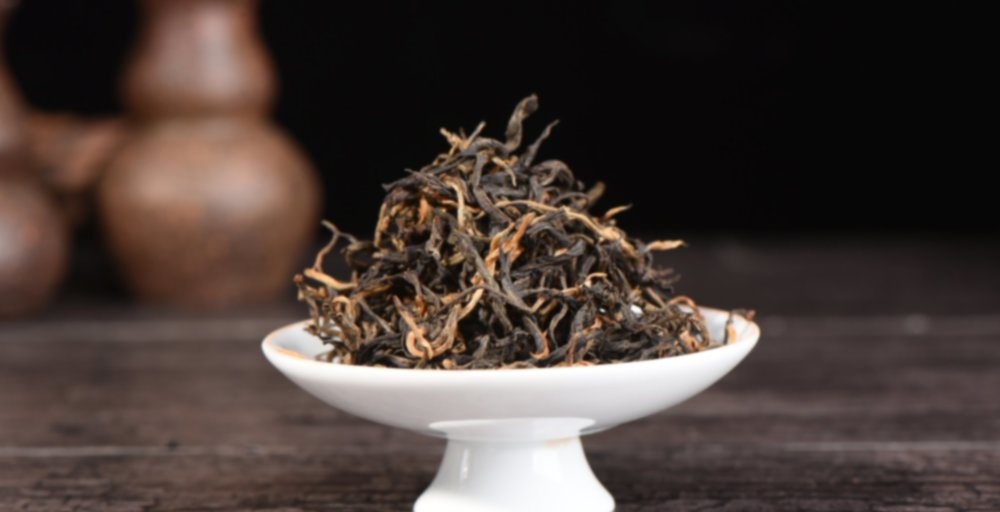 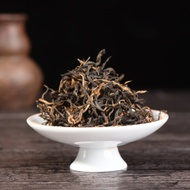 A traditional process one leaf / one bud ratio black tea from the high mountains of Zhenyuan in Simao prefecture. Lightly wilted the leaves still have a slight greenish color amongst the vivid brown-red color. The traditional processing gives the tea nice floral aroma and taste and allows for longer term aging. This tea can be drunk for several years, and will have noticeable changes (and improvements) for up to 2 years!

still no rating on this one….keep forgetting to pay attention to it which probably means it’s pretty middle of the road for me lol

This was one of my more recent sipdowns. I purchased a 100g pouch of this tea when it was first listed back in the spring of 2018 and ended up storing it until I worked through many of the older teas I had. I finally got around to trying it a couple weeks ago and spent the better part of four or five days working my way through all of it. It had held up well in storage and struck me as an enjoyable enough Yunnan black tea, but I’ve had better. It seems that I always end up feeling this way about teas like this one.

This was not a bad Yunnan black tea overall, but I also felt that it was not particularly memorable or unique. I have tried numerous teas that were very similar to this one, so I was hoping for at least one enjoyable trait that would stand out enough to set this tea apart. Unfortunately, I failed to find that trait. This was an enjoyable Yunnan black tea, one that had more than enough depth and complexity to be satisfying, but it did not strike me as being anything truly special.

What I find special about this tea is how solid it is given the price it sells for ;)

Togo, you’re right. This tea is quite solid for the price. It’s a great deal. I kept that in mind when scoring it. That’s why I placed it at the high end of what I consider the good range, just a couple steps below the cutoff for what I consider to be a very good score. Honestly, my main gripe with this tea was that I thought it was a noticeable step down in quality from the 2017 Yunnan Black Gold that I drank and reviewed early last year. Both were good teas, but I thought the 2017 offering had more of an edge and a little more fullness in the mouth that made it more memorable and appealing to me.

tea-sipper, yeah, I burned through this one. I have a habit of only opening and drinking one pouch or container of tea at a time. At the time I was working my way through this tea, I was basically using it to help power me through some very long work days and a couple nights where I was sick and/or couldn’t sleep. I’ve dealt with recurring bouts of insomnia for years now. On nights I can’t sleep or can’t stay asleep, I’ll get up and drink tea so that I can power through the morning to avoid totally crashing in the middle of the day.

I wish you better sleep then!

Received this sample with my YS order almost a year ago. There’s no harvest date listed but most likely it’s from 2018 so this tea is already at least 2 years old. Black teas however seem less prone to going stale the way greens and oolongs do. In my experience, they tend to lose a little of that oomph but still remain quite drinkable.

This one has a rather generic Yunnan black profile. It’s smooth with a light malty flavor and a little sweet potato though not terribly earthy. The aroma is an interesting mix of malt, tobacco, grapes, and raisins – giving a hint as to what this might have tasted like at its peak. A good tea for blending but alright otherwise.