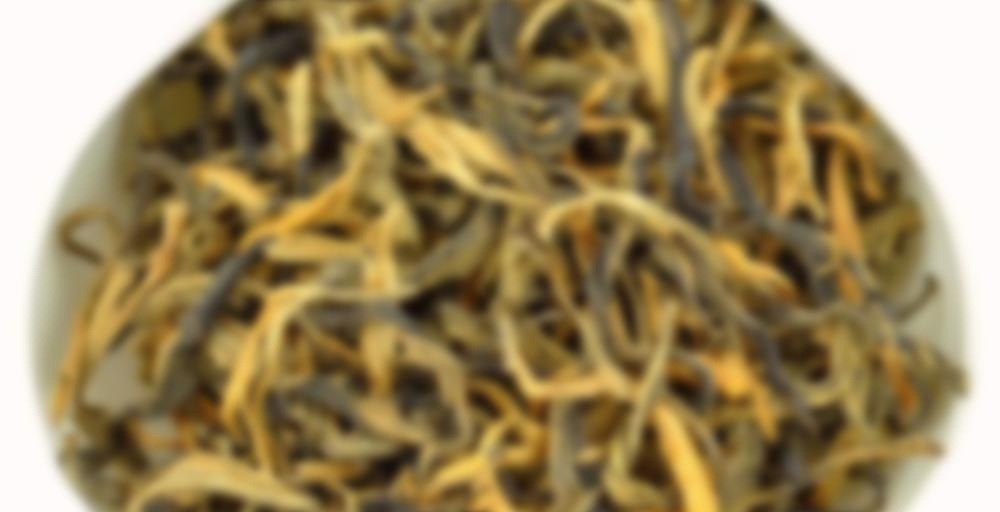 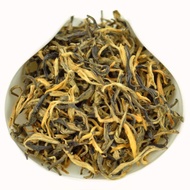 This is one of those rare black teas where tea leaves and expert processing come together to create something unique and enjoyable. High altitude mao feng varietal grown in the Wu Liang mountains of Simao is briefly fermented by special technique and then finally processed into black tea. The taste and aroma is distinctly floral and fruit throughout!

A unique tea that is quite different from any other Yunnan Black tea that we offer!

This is another of my summer sipdowns. I think this one comes from June. I know it was one of the first black teas I finished this summer. At the time I was drinking this tea, I recalled trying the spring 2017 version and coming away with the distinction impression that I didn’t quite get it. I wanted to give this tea another crack, so I jumped at the opportunity to try another version of it. At first, I did not get this tea either. It actually struck me as rather unpleasant, but then it started to grow on me, and by the time I finished my 50g pouch, I realized that it was actually a very good tea despite a few notable quirks.

This was something of a prickly and intense black tea. Even though the aromas and flavors I picked up were nothing new for a Yunnan black tea, they frequently expressed themselves in rather challenging and unpredictable ways. The tea liquor was also alternately sharp and starchy in terms of texture, and that required some time and effort on my part to appreciate/tolerate. Overall, this one was a grower for me. I found myself appreciating what this tea had to offer more and more the longer I spent with it, but as of now, I can also easily imagine that the odd texture of the tea liquor and the boldness and/or sharpness of some of the aroma and flavor components would be huge turnoffs for a large number of people. In the end, I would recommend this tea, but I would also recommend it with the caveat that it is very likely not suitable for beginners. More experienced drinkers of Yunnan black tea would probably get much more out of it, but even among that crowd, I think this is the sort of tea that would be very polarizing.

I didn’t like this tea at all when I first received it. It had an earthy, yam like profile which I don’t care for in black tea. So I put it away for a while and this afternoon, out of sheer boredom brewed up a gram in my 65ml mini kyusu. It seems to have benefited from the resting time because today it tasted like a very different tea. It’s less earthy, less musty than I remember and the yams have transformed into pumpkin pie. The texture in the mouth is pillowy soft with a lingering fig-like sweetness. The flavor profile reminds me a lot of Verdant’s Golden Fleece.

I gongfued this using boiling water for 30 seconds followed by 4 flash steeps. Subsequent steeps were kind of thin, so next time I’ll try increasing steep times. Flavor mostly remains constant between infusions and doesn’t evolve much.

This tea has become a favorite (obsession?) for me in the two weeks since I received it. Western, gongfu, and cold brew have all been so different, but still delicious. The dry leaf is lovely to look at and intoxicating to smell.

Western (4g/250ml/90 C to start): Aroma in wet leaf is sweet, malty, with light brown sugary & fruity notes like medjool dates. The brew is smooth, never bitter even on long steeps. (Haven’t tried grandpa style yet, might be great.) I got 6 steeps in all and probably could have kept pushing, but it was late and I’d drunk a lot of tea. Started at 2 min, then 3, 5, and 6.5 min. Increased to 95 C for 8 min, 100 C for 10 min. All infusions were yummy and sweet with some light floral notes mixed in with the malty brown sugar flavors. Also some chocolate, dark caramel, and earthy notes. Later steeps have hints of fresh-cut wood.

Cold brew (1g/100ml): This is AMAZING. Probably the most delicious iced tea I have ever had. The intensity of the aromas coming off the cold liquid surprised me. I find myself unthinkingly taking deep sniffs of my glass in between sips – can’t get enough. The taste, though . . . light & crisp, but still so flavorful & smooth. Malt, milk chocolate, brown-sugary caramel, dried cherry brightness, a touch of orange peel, a little floral. So sweet and smooth and refreshing that I could easily guzzle a quart at a time, yet I also want to savor it. Long, lingering aftertaste. A resteep with half the volume of water is still sweet & delicious, but the chocolate & caramel notes are reduced; instead, light floral notes are stronger. Further experimentation shows that the first infusion mixed with the resteep in a larger carafe blends the flavors beautifully. On the strength of the cold brew alone, I ordered another 100g before even trying gongfu preparation.

Gongfu (3g/50ml/85 C to start): 14 steeps and possibly could have pushed even more— 15s, 20, 25, 30, 35, 45, 1min, 1m15, 1m30, 1m45 (up to 90 C), 2m (95 C), 2m30, 3 and 4 min at boiling. Totally new flavor profile! For first infusions, the wet leaves smell like the sugary syrup from a baked sweet potato. Flavor is SO sweet in the first steep—all I can think of is various forms of sugar (honey, caramel, cane syrup). The second lives up to that sweet potato aroma—it tastes of caramelized autumn vegetables like sweet potato, pumpkin, butternut. A hint of milk chocolate on the finish, and smooth smooth smooth. On the next couple steeps the lid of the gaiwan smells like toasted marshmallow. A tiny bit of bracing bitterness comes in on the finish to cut through all the sweetness. Leaves begin to have some earthy tones. The chocolate was only present for 1-2 infusions, but the super sweet baked yam flavor continues. Hints of floral start to appear in steep 6, sweetness very gradually reducing. Steep 10 starts a bit of cooling aftertaste and notes of fragrant wood, some earthiness. Flavors beginning to thin by the time I stop after 14, but certainly not gone. Aftertaste is solidly cooling, cedar, but still sweet by the end.

It’s crazy to me how different these preparations taste, yet all still good. With other teas, the variations between methods often seem to be a matter of balance or layering of the same flavors—which notes stand out or drop out, work together, or overpower, etc. But this is a totally different flavor, especially in gaiwan. Not sure if it’s because of gongfu ratios or temperature or both (need to keep testing, what a shame!).

I enjoyed the hot preparations very much and will continue to play with them, but for me the real star is the cold brew—I suspect it will be my regular iced tea now.

The flavor notes in this tea sound amazing. Brown sugar sweetness is very much a desirable component for me in black tea.

I have a bit of a sweet tooth so I love finding teas with inherent sweetness. I could see how some people might find this too sweet at first (esp gongfu), but the leaves have so much life in them that you can keep going long beyond the first couple sugary infusions and get more flavors going on. It is definitely not one-note!

I will need to try a small quantity of the spring harvest for this tea.

I am working my way through some Autumn 2017 I had purchased, which is definitely not recommended. One of the worst teas I’ve had. In retrospect, it was foolish of me to buy a large quantity of autumn tea when I know that spring is more sought after by far. Maybe it will improve with some more time, so I will save the rest for a year and give it another shot.

This spring 2018 is the only I’ve tried so far, but I’ll keep your warning in mind if I ever try an autumn and only get a small amount to test. Have you tried your autumn 2017 as cold brew? That’s saved several less-than-stellar teas for me.

Yes, I also find that bad hot teas will often make good iced teas. Not the case with autumn 2017, though. Even with some sugar, pinch of salt (to cut down bitterness), different brew times, temperatures etc. – I’ve tried almost everything with this one. I bought 500 grams, lol, so plenty to experiment on. I ended up blending most of it with other not-my-favorite teas, which worked fine. I guess it is at least good for blending. Craftsmanship and appearance of leaf are impressive, though. So I will definitely order a bit of spring version next time around just to see the difference between the two!

Update:
This turned into my daily driver and I fell into an easy rhythm with it brewing it western style. 5.5g:300ml, 10-15s rinse, 2:00, 2:20, 2:50. It doesn’t get bitter or astringent, but steeping too long can make it too thick and undefined. You get really clear, sweet sugary notes with the first steep that evolve into more defined floral, malty, and fruity notes in the later steeps.
I’ve gone through it in a handful of months so I can’t say it’s really aged. It is a little more aggressive these days, but I think that’s due a higher ratio of broken leaves and dust as I reach the bottom of my bag.
Cold brews into a great, but a bit light, iced tea.