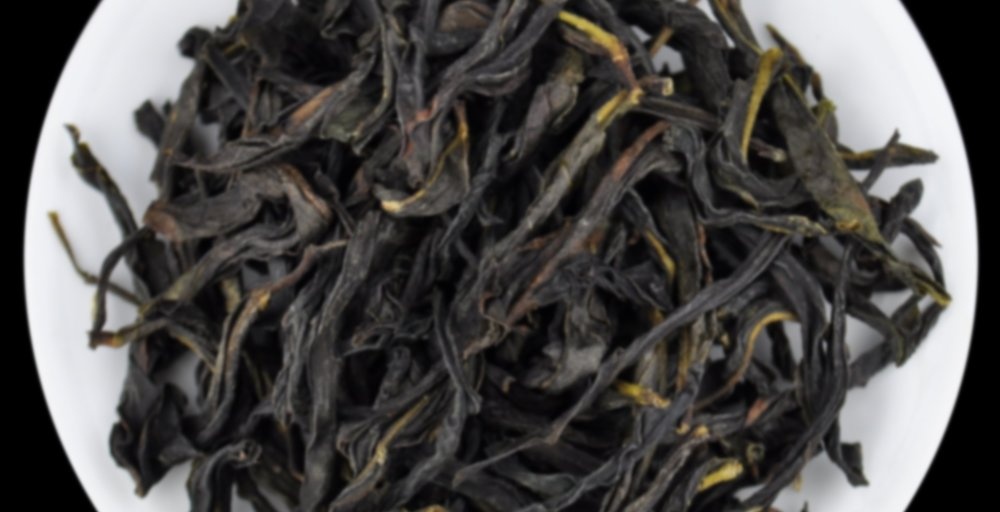 Ya Shi Xiang Dan Cong (aka Duck Shit Aroma) is a rare Dan Cong varietal grown in and around Ping Keng Tou village in the Phoenix Mountains outside of Chaozhou in Guangdong Province. This tea is from a 250 year old single bush tea!

It’s called “duck shit aroma” because in the Ping Keng Tou village area the soil has a somewhat yellow brown look to it and is unique to that area. With all teas the soil type is a key element in the tea’s taste. Villagers wanting to guard the uniqueness of their tea bushes told outsiders that the color and uniqueness of the soil in their village was due to copious amounts of duck shit and began to call the their Dan Cong “duck shit aroma”. True or not it’s an entertaining story which reveals why the tea has such a gross name.

The tea itself is lightly oxidized and the leaves are still mostly green in color. The brewed tea is highly aromatic with flower, honey and longan notes. The mouthfeel is delicate and soothing with a taste that perfectly balances sweet, bitter, and astringent notes, none of which are overpowering.

Our single bush Duck Shit Oolong is the highest grade Dan Cong I have ever tasted. It’s indescribably complex. I was just utterly blown away when I tried this, and was equally impressed the 2nd, 3rd and 4th time I drank it. It’s a very rare tea and it’s worth trying. It is very expensive because it’s from one of the oldest trees in the whole area of Wu Dong Shan.