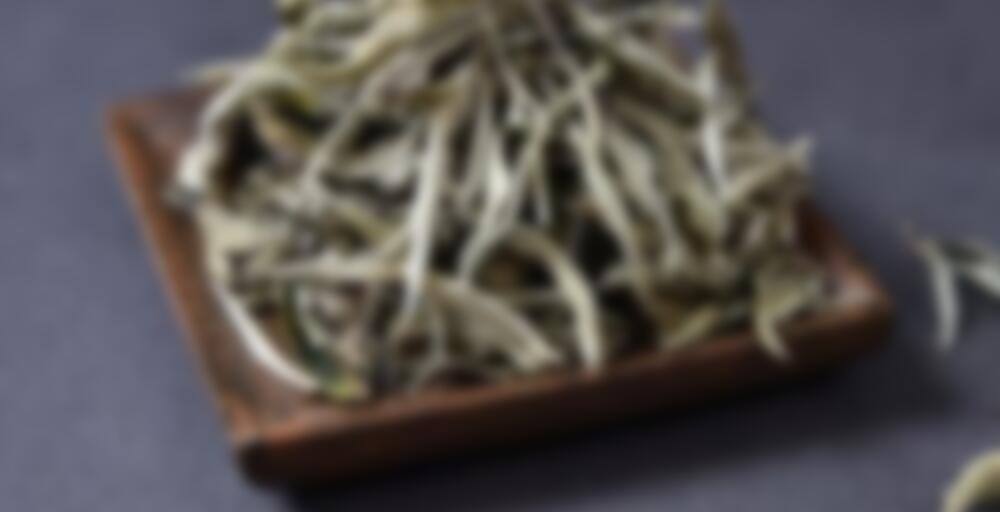 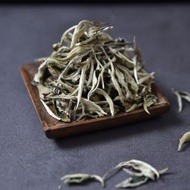 This is a special tea made from Jinggu Yang Ta village area Large Leaf varietal tea (Camellia Taliensis). Made from first flush spring tea this White tea is delicious and fruity. First infusions give the impression of freshly cut green grass. Later infusions yield a floral and fruit smell and taste.

This review marks something of a step into unknown territory for me since I do not recall trying a Yunnan Bai Mu Dan prior to this one. Obviously, Bai Mu Dan is nothing new to me as, even though it is not a type of tea I drink all that frequently, I have had it before. Still, I am pretty sure that the only other teas of this type I tried prior to this one came from Fujian Province. Anyway, I recalled being impressed by the Spring 2017 Jing Gu Yang Ta Silver Needles Yunnan Sourcing offered and rushed to try this tea, polishing off a 50g pouch earlier in the month (yes, I am actually managing to review a tea in the same month I drank it for once). I found this to be a very solid, likable Bai Mu Dan, though I did not feel it was on par with the Silver Needles sourced from the same producer.

I prepared this tea gongfu style. I decided to work with a lower water temperature than Yunnan Sourcing recommended as I like my white teas in the 175-180 F range. I went with 176 F for this session. After a brief rinse, I steeped 6 grams of loose tea leaves and buds in 4 ounces of 176 F water for 10 seconds. This infusion was chased by 15 additional infusions. Steep times for these infusions were as follows: 12 seconds, 16 seconds, 20 seconds, 25 seconds, 30 seconds, 40 seconds, 50 seconds, 1 minute, 1 minute 15 seconds, 1 minute 30 seconds, 2 minutes, 3 minutes, 5 minutes, 7 minutes, and 10 minutes. Even though the tea seemed to have a little life left in it, I cut it off at the 10 minute mark because it was starting to get a little astringent, and I felt that I would have had need of a warmer to actually get any more out of it.

Prior to the rinse, the dry leaf and bud mix offered up aromas of hay, grass, eucalyptus, sugarcane, and cedar. After the rinse, I noted new aromas of peanut, malt, and straw that were supported by a stronger grassiness and hints of butter. The first infusion introduced a scent of lemon rind. In the mouth, the tea liquor presented notes of grass, hay, straw, cedar, sugarcane, peanut, and butter that were backed by hints of cream, lemon rind, menthol, eucalyptus, and vanilla. The subsequent infusions saw the nose turn creamier with some odd tree bark scents coming out here and there. Stronger notes of cream, butter, and vanilla appeared in the mouth, and impressions of malt emerged as well. New notes of minerals, tree bark, oatmeal, watermelon rind, almond, and peach made themselves known. I could even detect some underlying hints of sour plum and honeydew in several places. The final few infusions offered soft mineral notes balanced by impressions of malt, cream, grass, hay, and butter. Fleeting impressions of stone fruits, watermelon rind, straw, peanut, vanilla, and sugarcane were evident on a finish that gradually turned a bit bitter and astringent, but not to an overwhelming or distracting degree.

I recall reading somewhere that grassy aromas and flavors in a Bai Mu Dan were unwelcome and considered the mark of a lower quality picking. If that is true, whoever produced this tea either must have not accepted that as fact or simply not cared. Anyway, I doubt I should judge a tea that is produced in a different province from an entirely different type of tea plant according to classical standards. For what this was, I found it to be very enjoyable. I would not call it outstanding, but I had few problems with it. I would recommend it to adventurous white tea drinkers who are looking for something a little different.

I found higher temperatures to work a little better for this one actually. I settled on 85°C-90°C usually, and even close to boiling towards the end of a session.

I’ve got some of the 2018 in storage. I’ll have to try a higher temperature when I break it out.

I used quite a lot of leaves today and I am glad I didn’t split it into two sessions instead. I got a really nicely balanced and well rounded taste with a lot of depth. The combination of vegetal, nutty, floral, sweet and sour notes together with the astringency, without any of them dominating, is what makes this tea a great choice.

Delicious white tea, I get strong hints of peaches and a nice sweetness throughout the tea.

This is a delicious white tea for a great price.

I have other teas made from Camellia Taliensis, this white can take the heat.

Edit: I placed another order for this tea on BF.

This tea brews up a very pretty light champagne gold, and smells like fresh alfalfa with a touch of something savory that I can’t place. The taste was mostly light hay, alfalfa, and a soft vegetalness with a tiny bit of honey. I didn’t get much in the way of floral or fruit notes. The finish is a little short and on the dry side. I spaced out and forgot to use a filter for the first few steeps but didn’t end up eating a bunch of leaf which was nice. The price point on this tea is really nice, which would make it a nice daily drinker for someone that likes a more savory white. I said “nice” too many times. This tea is nice.