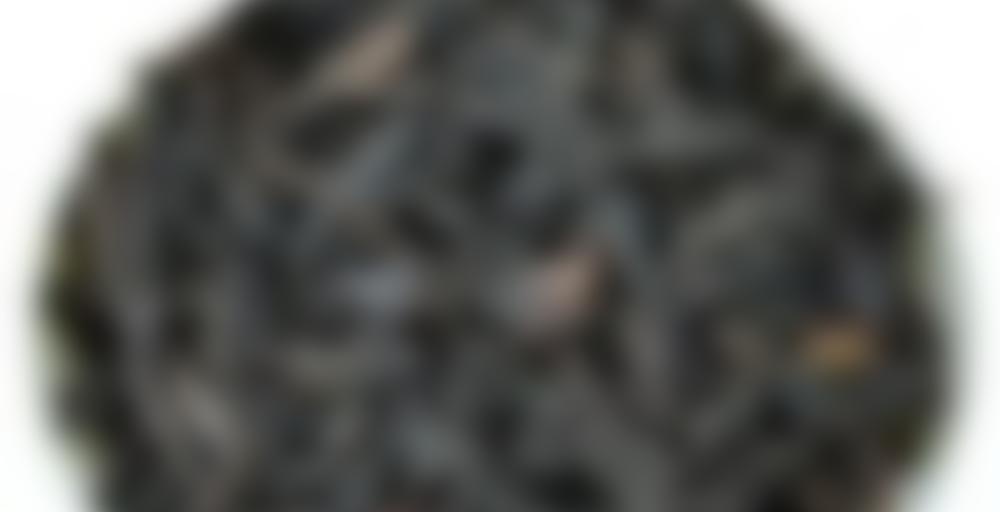 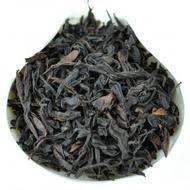 So many varietals of Oolong are grown in Wu Yi, but the most famous is Da Hong Pao (Big Red Robe). Despite Da Hong Pao being so well-known it’s very hard to find a good quality Da Hong Pao, much less a Da Hong Pao that’s been charcoal roasted in the traditional manner. Most heavy roasted Da Hong Pao is done in an electric oven and is done to disguise the inferior quality of the tea leaves. In the case of this offering, the roasting has been done with great care using charcoal roast the tea, but done over several months with several resting periods in between. Each time the roasting is done the tea is transformed into something darker, sweet and complex that it was before. The final roasting on this tea was done in Late July, but then stored for another 1.5 months to allow the roasted flavor to settle and transform!

The brewed tea soup is red-orange in color, very clear and bright. The aroma is that of dried fruit and dark chocolate, and the taste also has dark chocolate notes with a cannabis ala mushroom and beef broth dimension to it. The early infusions have a roasted character to them which is not at all unpleasant. The middle infusions are a balance of roasted and dark chocolate/honey sweetness. Later infusions are smooth, sweet and still surprisingly complex. This tea is very infusable and will age wonderfully if kept sealed. The roasted taste will fade over time leaving something powerful, stimulating and textured that will surely delight you for years to come!

I’ve been sitting in front of my monitor for what feels like forever trying to think of a lead-in for this review. I’ve been distracted most of that time, spending much of it watching old Alice Cooper music videos on YouTube. Times like these remind me that I desperately need to work on being more focused and disciplined. I also need to sit down one of these days and make a sincere effort to finally clean out my backlog of reviews. This is yet another on which I have been sitting. I bought a 25g pouch of this tea shortly before it went out of stock, probably around the end of 2016 or the start of 2017, finally working my way through it near the end of April. I’m a big fan of Da Hong Pao, and this one was very good, though it ultimately fell just a little short of being one of my favorites.

Prior to the rinse, the dry tea leaves emitted aromas of char, cinnamon, pine, and raisin. The rinse then brought out new aromas of roasted peanut, roasted almond, dark chocolate, pear, pomegranate, and lychee. The first infusion introduced a hint of black cherry to the nose as the pear and lychee aromas seemed to swell. In the mouth, the tea liquor offered notes of char and pine on the entry before allowing notes of roasted nuts, cinnamon, raisin, pomegranate, and dark chocolate to emerge. Subsequent infusions saw the nose turn woodier, fruitier, and spicier, as new impressions of cedar, ginger, black pepper, sauteed mushrooms, minerals, smoke, caramel, tobacco, clove, nougat, and rock sugar joined belatedly emerging notes of black cherry, pear, and lychee in the mouth. The final infusions displayed a sharp, dominant mineral presence and lingering notes of dark chocolate, roasted peanut, pine, char, raisin, and rock sugar. I could also catch some background impressions of cinnamon, ginger, and lychee in places.

There was a lot to appreciate about this tea, but I felt that some of its most appealing qualities faded just a hair too quickly. As traditional Da Hong Pao goes, however, it was very good. The roast seemed heavy, but it had settled enough to allow the tea’s fruitiness and spiciness to shine. This has been out of stock for some time now, and though there are other teas of this type that I prefer, I would probably pick this one up again if it were ever restocked.

Old Alice Cooper videos! Thanks for the tip :)

No more mrnice guy or schools out for summer.

mrmopar, I love both of those songs, but if I have to pick between the two, I’ll go with “No More Mr. Nice Guy.”

And I used to open doors for little old ladies….. Love that song. And lots of the older stuff. Ever hear of the Zombies or the Animals?

Oh yeah. I feel like The Zombies could have gone so much further than they did. Odessey and Oracle is pretty much perfect though. With regard to The Animals, I only like their first incarnation, when they were just The Animals. After Eric Burdon took full control of the band and the name, they lost all appeal for me. I draw the line with them at Animalism.

Burdon changed them a lot. And yeah the Zombies were so right should have gone much farther. Golden Earring, Gerry Rafferty and Old Gordon Lightfoot are a couple more I like. The Wreck of the Edmund Fitxgerald. A haunting song not altogether hard rock though. I think our music tastes are similar for sure. I see some trivia messages coming up!

I think a lot of the issue with The Animals was terrible management. I know that when their keyboardist, Alan Price, left due to his fear of flying and dissatisfaction with the state of the band, they lost probably their most important member. I know they then cut ties with their label, tried to regroup as a jazz band and failed, Eric Burdon took control of the band, and then they broke up. On another note, my dad is a huge Gordon Lightfoot fan and took me to see him live when I was like 11. I love the records he made in the sixties and seventies. I never got into Gerry Rafferty or Golden Earring, but one of my best friends loves the latter.

You saw Gordon I bet that was a treat. How about Billy Thorpe? Another group I thought would do really well was Asia. So much potential.

- maybe in the Top5 of the DHP’s I already tried.

Wow, this tea is awesome. What you’d expect from a charcoal roasted Big Red Robe, only better. definitely higher quality leaf and attention to picking. the smell of leaf after rinsing is amazing… smoky, sweet, rich and smooth. This tea i only grabbed 25 grams of because it is a bit on the more expensive side and i wish i had more. Lasts through more infusions than your typical oolong and doesnt sacrifice much in flavor, other than losing some of its smokiness. the liquor is really clear as well.