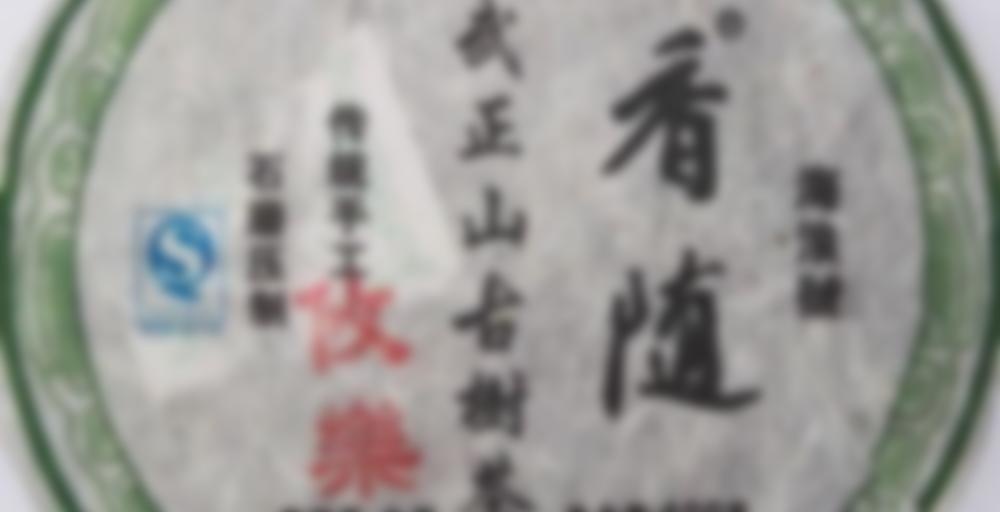 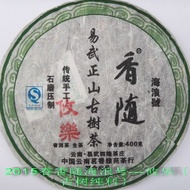 This year’s You Le Mountain tea is from a village-owned cooperative tea forest with many old trees and with strict ecological protections in place. The environment where these trees is natural and bio-diverse. The age of the trees is between 100 and 400 years of age.

Hai Lang As You Like; Blended Wild Arbor Raw Pu-erh

2016 Sheng Olympics
This tea immediately caught my attention. I peeked through the clear packaging, and I can already spot the long whole beautiful leaves loosely entangled. I opened it up and took a sniff. This tea is pretty fragrant with strong sweet floral notes, hay, and ivy. I popped what I had into the warmed yixing and let it sit. The aroma was thick with super sweet scents of winter honey and orchid. I can also note some wooded Cyprus in the background. I washed the leaves once and prepared for brewing. The viscous nature of this tea began to show its face. I picked up some spiced green notes of spinach and roasted asparagus; I note some butter in the background. I flashed brewed this until later steeping. The sip begins with a nice sweet flavor. The taste is crisp and lasting with a grassy bite. The session progresses and I can now understand why this is described as being vicious. I can only describe the taste as an acidic sugar. The brew is light and sweet with mouth watering effect, but it quickly changes to a tingling bite mixed with a drying sensation. The brew carries some light pine tones along with a nice floral and oily finish. In later steeping, the brew becomes thick with a progressively more aggressive sweetness. The qi begins with heating the face and some head rushing. Then, it quickly moves throughout the body and causes the blood to begin rushing. I felt a mixture between an intense rush and then a smoothed drowsiness. I was able to pull a decent amount of steeping sessions from my pot, and this brew lasted for quite some time. The taste lasted in the mouth, but I didn’t experience any huigan. I enjoyed this tea, and I could see myself drinking this regularly; however, the brew is light and could use some more leaf.

I had a very similar experience to everyone here:

Vegetal, wet hay aroma, with a slightly sour flavour turning to sweet throughout the steeps. I listened to others and never oversteeped so didnt get too much bitterness.

I am having difficulty choosing the right words for the flavours I am experiencing. But I have been enjoying the session with this one quite a lot, it didnt reveal anything I didnt like, but maybe that was due to me being aware to avoid that with method? I’m not sure how that reflects on the actual tea, this being my first sheng olympics an’ all.

I think I enjoyed this one more than others. I thought it was quite nicely balanced, the sour vs the thickness seemed to work for me, and the sweet vs vegetal – I got apples at some point, which was a very nice taste. Also made me think of pears. something in the huigan.

To be noted I dont hit sheng with as much temperature as some of you, this will affect the flavour for sure, but it was still thick and tasty. later on I started getting a pretty dry mouth and a warm floaty head.

The huigan is great – long lasting, aroma was still appearing a long time after finishing each cup. The Qi I enjoyed, but it did affect me in a standard caffeine sense as well. Sometimes I really wish the stimulating effect of tea wasnt so present.

This is one I would definitely consider buying and storing but for some reason I thought this was a cheaper tea – unsure as to storing knowledge that would make it a hard decision – I want to buy at least one from the olympics even if I dont have much money at the moment. And this one is currently doing quite well on my leaderboard :)

First tea of the 2016 Sheng Olympics.

The sheer number of samples in this package had me a bit at a loss as to where to start, so it has taken me a while to jump in. With the exception of wanting to try the Verdant samples together, I didn’t really have a preference though, so today I just reached into the bag and grabbed one. This is the tea I chose.

I put the 6 grams in my 100ml gaiwan, gave it a quick rinse an waited a few minutes. The aroma coming off the leaves at this point was just a light vegetal scent, with perhaps a hint of seaweed. Steeps at 5s and 10s were very light, airy, wet forest. At steep 15sec. the body began to fill in. The soup became thicker and a mild bitterness brought a basenote to the airy vegetal beginning. Steeps at 20s, 25s, and 30s I really enjoy. There is a sourness that has been present since the first steep, which is now complemented by a strong vegetal middle, and a bitter mineral base. The sum of this is not necessarily something incredible but it feels complete.

At 35 seconds only the taste of wet rocks and minerals remain. 50 seconds and 1 min. bring a new flavor. Something akin to ashy soil. One last steep at 2 minutes brings nothing new. Overall I enjoyed this, particularly steeps 3 through 6. Not something I would be likely to buy though.

On a side note, these leaves are amazingly intact. LP you did an incredible job of breaking this up. This had to have a taken a ridiculous amount of time.

i find arbor tea tree interesting and tasty :) do you?

Another Sheng Olympics sample. :) 7g in the 4oz gaiwan, water 90-100C, short steeps – 10sec for quite a while, then gradually increasing to about 1min. It definitely tastes like a young sheng, quite bright and a bit sharp. A few times I oversteeped it and the bitterness/astringency turned unpleasant. Flavour notes of zucchini and bitter greens. In the later steeps, I was just starting to get bored with the bitterness when the sweet huigan really kicked in, so I kept drinking. :) I wish I had more to say about this one… it was pretty good, but not particularly remarkable.

Getting this one out from the 2016 Sheng Olympics Package.
I opened this up and weighed 7 grams out from it. Saving the other half for a later session. Kudos to LP on breaking this one. Much better than I do it.
The dry leaf doesn’t seem to punch you with much aroma. Maybe a little Summer hay or something. I got the Gaiwan out and gave a quick rinse. That seemed to bring the notes out. It has the young sheng notes we all know. Warm wet hay vegetal with some hints of floral to it.
I did 3 quick steeps in a big mug as it is still hard to move with the leg. The color was a light yellow. Not much of the green edge that some have.
The sips on the tongue give hints of citrus and pine and the back edge has some sweetness.This one hits the tip and middle of the tongue and seems a touch thin but seems to thicken up in the mouth. The brew is very clear and has a clean finish. It loses a bit of the thickness as the cup cools a bit. This one does leave you tasting it for a while and the Hui Gan is present a bit even in this young tea.
I think this is in line with the other HLH products. Most that I have had have been processed and stored well and this in no exception.

Not massively impressed then.

It’s not bad just still young. I think it has good potential in the tears to come. I am just recently having the want for the older stuff.

Yesterday I received a sample of its expensive brother “Yi Shan Mo”. It is resting for few days from the trip before I try it.