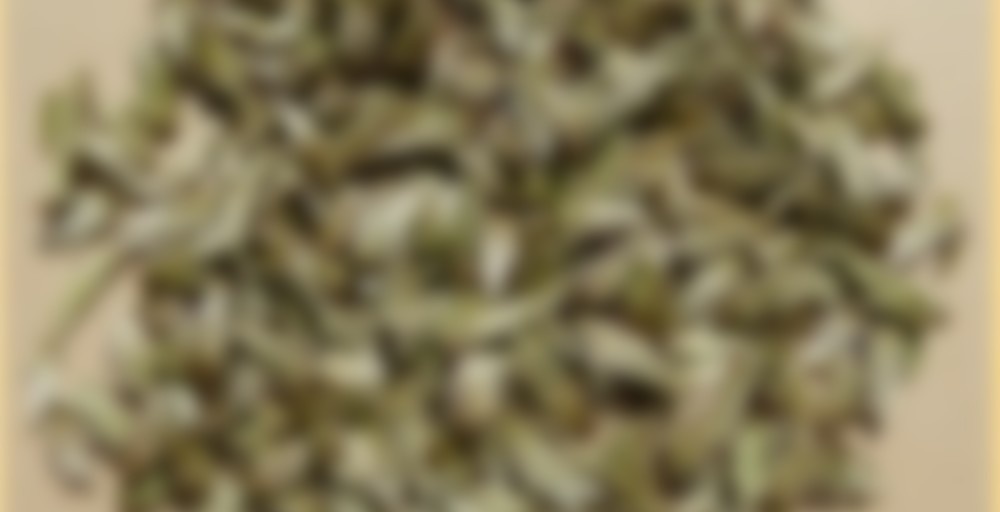 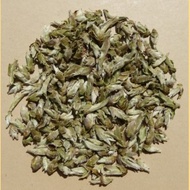 by Yunnan Sourcing
62
You

The buds are picked in early February and then sun-dried. The flavor is fresh and a little fruity somewhat similiar to a good white tea but more complex flavors. The brewed liquor is whitish and clear, and there is a hint of fresh pine needles in the aroma!

I find this tea to be quite boring honestly. Besides a simple profile dominated by dill flavour, the body is very light to the point it reminds me of tisanes.

Dry leaf aroma is somewhat unique with notes of cucumber, dill, and sawdust. It is similar during the session, with a bit more sweet and fruity – pollen-like scent. Taste-wise, the tea is crisp and sweet.

It has some good moments but is frustratingly subtle. Fruity and piney at times.

Both ended up producing similar levels of momentary flavours.

This tea has an interesting appearance and steeps to a very pale liquor. The taste is slightly floral and slightly fruity, a little tart and a little bitter – but the strongest note is resinous pine. It’s quite a good tea, though brewing it longer or hotter than usual is best for a stronger flavour. I initially tried it in a small gaiwan, and I don’t think this retained heat well enough; it seems to take a while for the water to permeate the buds. It was significantly better in a small, non-porous teapot.

I love evergreen notes in tea! And yabao is definitely full of them. ❤

Got a small sample of this tea courtesy of James. It definitely looks funky – I’ve heard it called “dead moth tea” before. It didn’t seem any less weird when I sniffed the leaves and got a dry woody aroma, reminiscent of pencil shavings. I figured I might be smelling something weird from the bag it was in or whatever, but no, after a rinse they smelled of wet pencil shavings, with notes of bread and a bit of sourness – maybe light malt as well.

True to the aroma, the tea had a dry woodiness to the taste, though it was more floral-forward for the first few steeps, with the woodiness taking a back seat. There was a little bit of sourness to it, but very little. Three or four steeps in, it started to switch to more of a dry woodiness with floral backnotes, so a reversal of sorts. It sounds really weird drinking a tea that basically tastes like pencil shavings (I remember Denny of TeaDB describing something like this in one of their early episodes – I just assumed he was choosing a weird descriptor for some kind of woody note, but if they were drinking Ya Bao or something like this, I can totally see it now), but I actually did enjoy it. It’s a different flavor, but once you get past the fact that it’s a little odd, it’s interesting and enjoyable to drink. Near steep 7 or so, I also noticed a bit of an increase in sourness, an inkling of citrus creeping into the finish. It wasn’t prominent or anything, but it did serve to make the tea a little bit more interesting when it was otherwise beginning to fade.

I don’t know that this is a tea I enjoyed enough to buy myself, but it was tasty and fun to drink, even if it looks like dead fluffybugs.

I’ve really liked the Yabao that I’ve tried, but haven’t done much experimenting with different companies’ versions so I was excited to see one from Yunnan Sourcing in the box.

Going by dry sent alone, this smells very similar to Whispering Pines’ Yabao and that’s the one I have the most familiarity with. Taste wise, they’re similar: I get a nice silky mouthfeel, and notes of heavy cream, honey, cedar, wood, hay, and a sort of herbaceous note as well. One thing I found a little weird about this one was that along with the herbaceous flavour I also found I got a bit of a licorice/anise type flavour and I’m really note sure where that’s coming from.

But it’s tasty! Hard to compare it to the other Yabao I’ve tried though; there are so any similarities and some dissimilarities.

GCTTB
The steeping recommendations suggested using 5g of tea but since I didn’t want to use up the entire sample, I took half and went for a bit of a longer steep time instead.

I rinsed the buds for 20 sec before steeping.

1st step at 1.5 min was rather weak and the flavour was a strange combination of mineral and mustiness and I almost gave up right there. But I decided to give it another go.

2nd steep at 3 min: The flavour was much more developed but still quite low-key. It’s sweeter and not as musty-tasting.

I’m only so-so about this tea. I’ve had other pu-erh buds that have been much nicer and more flavourful.

I have never tried yabao before, so was excited to try it when I saw it in the box. This is such an interesting tea! The dry leaf is incredibly beautiful. It is made up of large, delicate looking buds and is probably one of the most beautiful teas I’ve come across. The scent of the dry leaf is complex, and surprised me. For such a delicate looking leaf it has a powerful scent! It starts off woodsy with a dominant pine aroma, with an earthy and surprisingly floral base. It has a hint of sweetness to the scent, too, and some spiciness comes out the more you inhale. In truth, there was a note I couldn’t quite identify, and I inhaled deeply several times to try to figure out what it was before I realised that I was just inhaling it because it smelled amazing. If they made this into a perfume, I swear I’d wear it.

Brewing, the scent is not so divine. It loses a lot of its complexity, keeping the base earthy hay and pine notes, which become a lot more pronounced. It actually smells similar to a burnt white tea, by which I mean it smells.similar to white teas I’ve brewed in the past at too high a temperature and ruined them. I actually panicked and thought I’d have to add some cold water when I first started to steep it, but KittyLovesTea has Included a generous sample in the box so I left it as it was, thinking I’d try again if I was wrong.

I’m glad I left it, because the liquor after steeping western style for two minutes was super pale and had very little flavour. I put the buds back in to steep for a further minute, which helped a lot. The liquor is now a pale creamy colour, perhaps just a touch lighter in appearance than most white teas I’ve tried. The flavour is also more pronounced, though still very delicate and I think it could take a longer brew. The subtlety of the flavour was surprising, based on how fragrant the dry leaf was, but nonetheless it is still very pleasant to drink. It has light hay notes followed by a slight smokiness I didn’t expect at all. I can also detect some delicate floral flavours – sometimes it’s as if it’s flavoured with Jasmine, and it is definitely a touch on the sweet side. No real spiciness that I detected in the scent is present in the flavour, but it finishes with a lingering vegetal, almost green bean-like note, though unlike a vegetal green tea, which is actually very pleasant. There are still some notes which I can’t quite place, and I would like to know more about this tea, so I have a feeling that this may end up being one I keep a hold of.

This tea is in a class of itself. I couldn’t remember how to brew this tea so just did western style for 1 min. It brews up clear as water and is very mild tasting too. It has a dominant pine note along with hay and citrus notes. It’s just such a weird tea, I cannot decide if I like it or not.

As with white teas, you’ll need to use more leaf than generally to make a good and flavorful infusion with color and mouth-feel.

Refreshingly different! I am drinking it grandpa style and really enjoying how long it lingers on my palate :)

I haven’t had yabao in over a year. I do enjoy it from time to time. It makes me curious to try an aged version.

Thanks for the swap LuckyMe!

I received this as a bonus sample in a recent YS order and I have to admit it was a bit too subtle for my tastes.

Try it grandpa style with a large amount of leaf Doug F! :)

I will. Thanks for the suggestion!

I made the mistake of reading a review that said this tea tasted like “bedbug blood” before I drank it. So it really didn’t work out for me that day. I plan to come back to it in a few months though.

this tea tasted ok but its not my cup of tea. when steeping it smelled like bedbug blood. however. when i smelt it dry it smelled spicy

if anyone wants the rest let me know. my review is what “I” think, others might find it wonderful

I’ve had to deal with bed bugs now and then the only way to kill em is to hold em down and slide. It’s gross and I hate the lil buggers. Back on topic. Would you like to have the rest ?

Wow, sorry you had to deal with bedbugs! Sounds horrible :(

Thanks for the offer, but unfortunately Pu-erh tea is a little too harsh on my stomach :(

Ok :) what tea is good for your stomach?

Generally I drink green tea and different types of herbal teas (I explain it further in my profile). I find those are much gentler on my stomach- maybe it has something to do with the tannins?

i wouldn’t know :( do you take medications?

Nope, I just always have had a sensitive stomach. A few years ago I had an ulcer or what was the beginning of an ulcer and ever since then I’ve noticed certain foods and drinks can upset my stomach.

An ulcer would do it. At least you can still drink green tea :)

Yes, I am thankful for that :)

im not much for herbals ;)