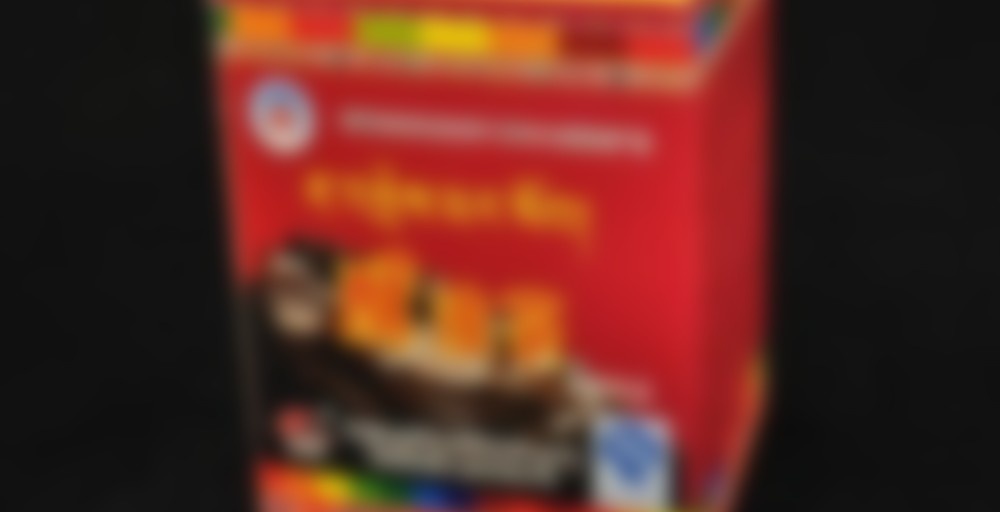 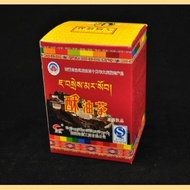 Our salty flavor instant Yak Butter tea is made from dehydrated yak butter, kang brick tea (黑茶), and just a touch of salt to give it a savory edge. This product is made entirely in Lhasa in the Tibet Autonomous region.

Each box contains 8 packets of 10 grams each.

Not recommended for people with gluten sensitivity

2. Brew 170ml of black tea, pu-erh or other tea and mix in 1 packet of Instant Yak Butter tea, stir in, let cool and drink.

Most people have never tasted Yak Butter Tea made with REAL Yak milk, myself included. So I was very interested when my Steepster friend ‘Roughage’ (who lives in England) sent me a notice that Yunnan Sourcing had just added a salty and sweet versions of real Yak Butter Tea! We had discussed the real taste before, because he had some on a visit to China.
One problem for me is that Yunnan Sourcing has huge shipping costs.
There is however, a Yunnan Sourcing US website that’s way less expensive to order from, so I checked to see if the new tea was available there.

I emailed a note…and received a prompt reply from Scott Wilson:

OK… I will eventually offer it on the US site. Thanks for your feedback!
- Scott

No review of Yak Butter tea on Steepster yet, but an encouraging note that a vendor is willing to supply customers with the tea they want to drink because we ask. This is good to remember.

If you’re in Europe, these two varieties are available now, sweet and salty, for $6.50 a box U.S. Let us know if you try it!

I’ll be waiting for a note from Yunnan U.S. when it’s available!

an awesome effort on the part of the vendor….. though i would sniff it alot before actually tri it. yak butter. hmmm.

I like the cow’s milk version and my friends who have had it in China say Yak milk is a little bitter but not much. (A lady friend was in a yurt about a year ago and drank several large bowls so it must be ok).

I have wanted to try this too. I need to get Scott’s email as a few things on the Chinese site I would love if they carried it on the US site.

All I did was send a regular contact note on the Yunnan Sourcing US site and he responded. Let him know you talked to me so that he knows the Steepsters are communicating with each other about the vendors!

Thanks Bonnie, I will email him!

Wow, never thought I’d see yak butter tea here on Steepster! I had it about eight years ago when I went to Tibet with my uncle and cousins and really enjoyed it. I remember it was very rich and almost reminded me of goat’s milk (it’s been a while since I’ve had either, so my memory might be off). The last time I heard about it was three years ago, when my intro to cultural anthropology professor talked about his research in Tibet. I’m definitely going to have to try some of this if it becomes available on the US site!

You can get this on EBAY but I’ll wait for Yunnan Sourcing US to carry both kinds.

Today is the Eleventh Anniversary since my dog Lotis was rescued. He moved on last year, but I wanted to mark this day in remembrance as I still miss him dearly! What could be more appropriate remembering my Lhasa Apso, than reviewing this yak butter, kang tea—which is made entirely in Lhasa in the Tibet Autonomous region. :D

The first cup was made just mixing the tea powder in near boiling water. Cup aroma smelled like butter, or buttered corn, and looked like a black tea with a generous amount of milk added to it.The taste was definitely unique. To me, it didn’t really taste like tea. A salty butter cup of tea that was very warming, filling, & quite satisfying.

My second cup was brewed by mixing the Yak Butter tea with a cup of my Lyons Gold Blend (which I previously reviewed). The salty butter aroma was quite dominant so there was less Lyons black tea aroma. The black tea flavor was more noticeable, but still dominated by the butter tea. I may try a longer steep time—5 or 6 minutes next time—to get even more of the tea flavor.

A unique, satisfying cup of of tea that I’m really glad I tried, and have around to savor in honor of my buddy Lotis! :D This is now sold out, as is the sweet variety, on the Yunnan Sourcing US website. I hope this tea is restocked, because it is very good, and I have not seen it anywhere else. Later tonight I will have more Lotus Tea, which I reviewed here:

Your dog sounded like a great companion! And also a very unique sounding tea. I’ve never heard of anything like it.

I’m so glad to have some. It’s like drinking salty butter. That may not sound good, but it is satisfying, and with a meal would be even better. :D

I’ve been meaning to try this for a while now and finally got around to opening the box I had forgotten was at the back of the cupboard. Thank goodness I occasionally curate and catalogue my tea stash. So, how was it?

Salty. Very salty. Oh so salty. It’s more like drinking a salty chicken broth than a tea. Next time I shall try adding some sugar to it to see if that kills some of the saltiness. It’s actually not bad, but the amount of salt came as a shock to my system. I suspect that I could quickly become acclimatised to the salt levels if I drank this more often. It would be great to take hiking, because it really woke me up, and was quite filling and energising. I’m going to try adding sugar when I make the next packet to see if that will ameliorate the overwhelming saltiness a little. Despite the saltiness, I enjoyed it and I am looking forward to experimenting with how best to make it to suit me.

My next task will be to get some Yak butter from somewhere (or just use cow’s butter), so that I can make Po Cha fresh for comparison’s sake. I have the Tibetan Flame tea that I am informed is a staple of Tibetans everywhere, so I am quite well prepared. I think it will prove instructive to try it fresh, and having some control over the constituent components can only be a good thing.

I think it’s their version of a sports/electrolyte drink.

That’s my impression from reading about Po Cha: a Tibetan energy drink.

I just reread my tasting note, and I think I must have been hit by whatever energy was in the tea. My writing seems a bit frantic and hyper!

Got a sample of this tea from a friend :)

It’s SO SALTY! :-O I just can’t get past it. However, I think the sweet flavor, if it is similar but not salty, would actually be very good! It’s super creamy and rich. I might try adding a little sugar, otherwise I won’t be able to finish this cup :P

Now I added a little sugar…I think I can finish the cup now :)

They have unsalted version and then you can add salt to your taste.

You are braver than I am.

Much braver than I am.

It just doesn’t sound good to me. I’m old enough and wise enough to just skip things that don’t interest me anymore.

LOL! Maybe it tasted like throwing a ramen seasoning packet in a cup of hot milk :P

Is there actual “Yak Butter” in the tea?

I have this, bought it for a friend who wants to try it. Also bought a Xiaguan Tibetan Flame to make the real thing. Maybe I’ll just use the boxed stuff for yak butter flavoring and make the real tea.

i shall order another box or two of this next time and i will order a box of the sweet version :)