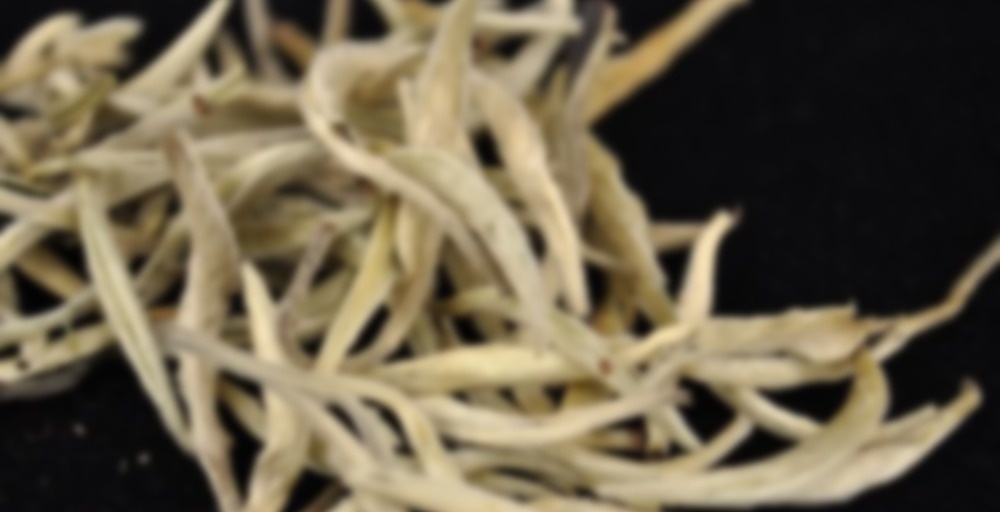 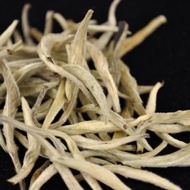 by Yunnan Sourcing
69
You

This white tea is an early spring harvest. It is fresh and fruity in flavor. The infused brew is very white and laden with lots of hairs from these buds.

This is a special tea made from Jinggu Yang Ta Large Leaf varietal tea (Camellia Taliensis). The tea is picked in the early spring, wilted slightly and then dried with warm wind tunneled through the tea until it is dry.

Edited 13 January 2014: Okay, I recently followed Rushx9’s instructions and tried this tea again with water at 185F (at least, according to my thermometer) and did a really quick rinse, then about a 9 to 10 second steep. The tea was much better this time and it did have a nice, if very faint floral aroma and aftertaste of clover honey. VERY faint. The second and third steepings were actually better with a slightly stronger aroma and flavor that was quite pleasant, if still weak, but the tea started to pick up a bitterness on the 4th steeping (admittedly, I probably let it steep slightly too long). I’ll use up the rest of this bag of tea and not buy it again, as I prefer teas that allow me to close my eyes and lose myself in the aroma and flavor (I’ve been known to sit with my cup of tea and just breathe the steam to enjoy the scents of the tea long before I take the first sip).

Tried water at 165F, 180F and 190F on three separate occasions. Each time, I rinsed the tea for 10 seconds & poured out the first infusion, then added water again and steeped for 30 seconds. No matter what I did, this tea smelled of oil paints (linseed oil, perhaps?) and tasted like it smelled. Subsequent infusions weren’t much better, though I finally got a bit of honey-like flavor with a bit of light, sweet fruitiness when I used 195F water on about the third infusion.

This tea was so horrid that it must be something I’m doing wrong or my taste buds were completely out of whack the three days I tried it. Any suggestions for brewing this tea would be greatly appreciated!

10 seconds is probably too long to rinse a really hairy white tea. Try a super quick flash rinse(1 second-ish). Then keep the first infusions short, like 15-20 seconds, adding 5-10 each subsequent infusion. Water around 185. Should taste like slightly floral nothing with some fruitiness then nuttiness(oily-ness?) emerging later. When it starts getting bitter it’s done!

Sweet, thank you! I really hope this works for this tea. I love drinking tea, but the caffeine kills me late in the afternoon and I was really hoping this one would work out. I think I’m going to give this a try tomorrow.

I had a sample of this, and it wasn’t spectacular or very flavorful, but it definitely wasn’t foul or offensive tasting, don’t give up.

And please don’t believe the hype when vendors claim white tea is low caffeine, it’s not, that’s a common myth, but complete BS. Leaf processing/oxidation level has almost no effect on caffeine, the same leaves will have nearly identical caffeine whether you make it into black green or white tea. Plus, since white teas like this are made from all buds (the bud contains much more caffeine than the larger leaves further down the stem) they can actually have MORE caffeine than average. (In addition to picking standard, the main things that affect it are plant genetics/cultivar, growing environment, and picking season. It can vary quite a lot and it’s impossible to tell for sure what sort of caffeine level any given tea will have without laboratory tests.)

Sansnipple, you’re a virtual font of information! And I’m grateful that you’re willing to share it, because I pretty much know bupkiss about tea. It’s funny, I’m outright paranoid when it comes to scams of any sort but I fall for bogus information about the foods and drinks I love all the time, so getting information from someone who knows this stuff is a godsend. Thank you.

Not stellar, but good quality overall. Smooth sweet flavor with mild honey, fruit, and floral notes. Personally I’ve been unable to really get into white tea: “decent”, “good”, and “great” ones all taste about the same to me. I’m not sure which one of those this one would be categorized as, but I can’t imagine anyone thinking it was less than decent.

i assume you got this one off the .us one? cant find it on the .com one

I got it on the .com site, but it was over a year ago now. Just finished it off so I thought I should give it a review :)