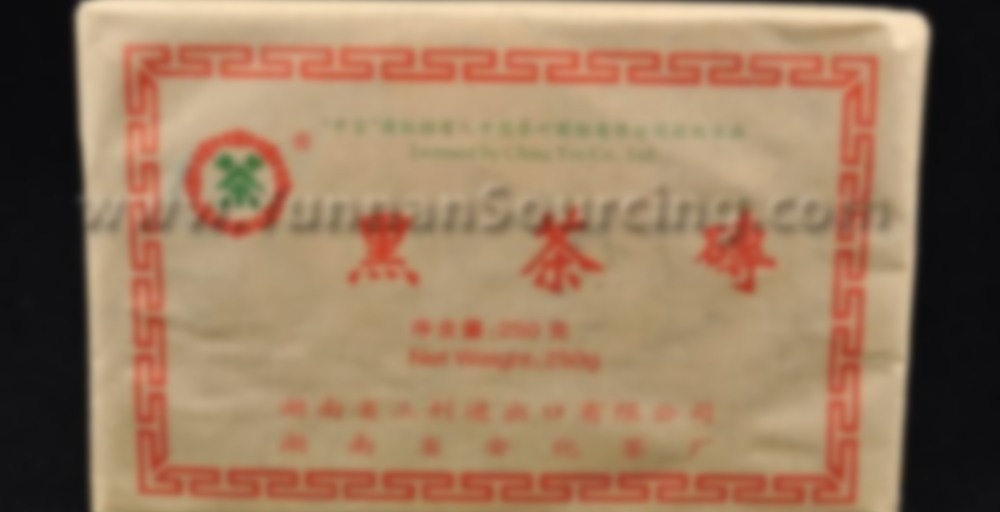 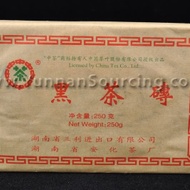 I ordered fifty grams of this pretty early on in my (good) tea journey, when three or four shous and maybe two young shengs were the extent of my experience with fermented tea. Initially I was put off- it was nothing like the pu’ers I had tried, tasting not unpleasant but definitely alien, and for a while I rarely ever pulled it out (it didn’t help that it’s very tightly compressed and a real hassle to chisel out).
Eventually something clicked and it became quite nice; it has a strong, uniquely sweet aroma and an intense cinnamon-sugar taste. On the other hand, it’s something of a one trick pony, and even with more than a decade on it, there doesn’t seem to be much underneath that slightly exotic sugar sweetness, and little changes from brew to brew.
Overall I’m very happy to have tried it and to have given it a second chance. You could do a lot worse if you want to branch out into non-Yunnan heicha, though I have a hard time imagining going through the whole kilo of it that is a full-size brick.