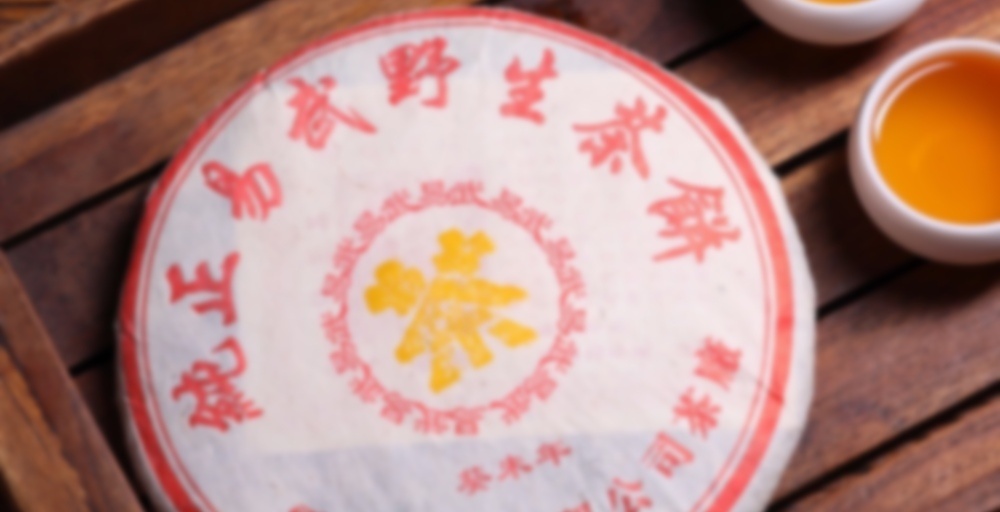 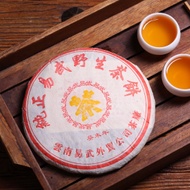 by Yunnan Sourcing
72
You

This is a small production pressed by an Yi Wu tea grower in Luo Shui Dong Village. The tea is entirely 2003 Spring Harvest from wild growing tea trees and bushes.

Aged in both Yi Wu and then Kunming, this has developed a nice aged taste but without losing it’s regional terroir. There is a still a good amount of astringency and a touch of bitter to counter the fruity sweetness that this tea has. There is good body and nice active mouth feeling that builds with each successive infusion. Cha Qi is surprisingly potent, but not overpowering at all.

Some wrappers may be bug-bitten with little holes in the paper. There may also be some dust between the wrapper and the cake. Rinse tea once or twice briefly before drinking! If you are squeamish please don’t order this tea!

This is a solid, clean, semi-aged raw puer which improves over the first several infusions. The 25g portion I received was included in my Feb 2020 Premium Tea Club box. It is labeled as “wild” which I take to mean that the pedigree is not well defined. It could be descended from a standard cultivar but without records or a lineage lost to time, or it could be something that was spread by animals either as seed or vegetation from an unknown origin, either recently or long ago. This makes the statement of it being “pure” a rather dubious claim, I think. If the trees/bushes were noticeably OLD, it’s safe to say it would have been claimed to be “ancient”, too, as that is seen as more valuable. I just don’t know. That said, There was no hint of what I recognize as “assamica” varietal in aroma, flavor, or leaf size, nor the sweetness or pubescence of the Camellia taliensis species.

I started with 5g of carefully-flaked cake and rinsed for 20s in boiling spring water and proceeded with 30s successive infusions in 3 oz boiling spring water. Each liquor was just a tad bit darker than pictured in the YS photo. #1 was notable more for what it lacked: no fishiness or “humid” flavor or scent, not very astringent, but not very flavorful at all. The leaf hadn’t really opened up yet. By #3, the leaf had opened up considerably And there was a slight woody-tea aroma, and some bitterness had become apparent, but still no off-putting flavors or scents. The flavors intensified in #4 and lingered nicely in the mouth. By now the leaves were a deep brown color. After a 15 min. pause, I resumed the infusion series with boiling water for 20s, 45s, 1 min., and 1 min., achieving the same deep golden, crystal-clear soups as before. In #5, the bitterness was very pronounced, but so was the tea fragrance and woody-tea flavors. Still not any trace of the promised “fruity sweetness”. I know my senses of taste and smell are keen again, as I enjoyed a variety of meats, breads, fruits and veggies today and over the past week. Infusions #6, #7, and #8 were much the same as #5, but less astringent. Stopping here, but might re-steep some more tomorrow. I think perhaps the storage on this might have been a bit dry over the past 19 years. It certainly has strong caffeine, as that has kicked in and made me perspire! But that isn’t the only thing I expect from tea.