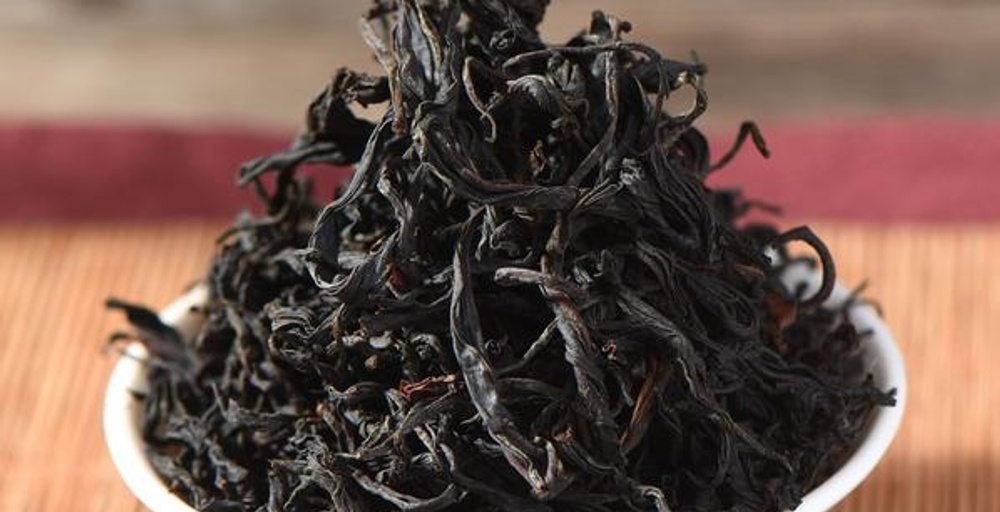 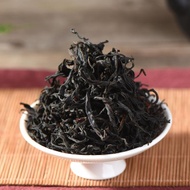 by Yunnan Sourcing US
81
You

This is a lightly processed black tea that was hand-crafted using a wild tree purple leaf varietal from Dehong prefecture. Ye Sheng "野生“ varietal aka “Camellia sinensis (L.) Kuntze var. assamica (J. Masters) Kitam.” is a primeval varietal that pre-dates Camellia Sinensis var. Assamica and is a naturally occuring non hybridized varietal. It’s potency in cha qi arises from it’s unadulterated nature. It is naturally bug repellent, grows wild in the forests of Yunnan at an altitude of 1600-2200 meters.

The aroma of tea is very strong and hints of eucalyptus and sugarcane. The bottom of the cup after drinking hints of dry red wine! The mouth feel is incredibly complex and stimulating with some slight bitterness and astringeny. Ultra smooth tea that after a few months will develop even more complexity. Very noticeable cha qi that heats up the body and hot day might cause the drinker to sweat a bit!

How is this tea different from the other Wild Tree Purple Varietal from Dehong that we sell:

- The “ye sheng” varietal of tea used is more obvious

An incredibly rare tea, only 90 kilograms in total production for 2016!

What a glorious surprise this tea is! I purchased 50g somewhat blindly and I’m so happy that I did. It has such a unique smell, flavour profile, and energy about it. It tastes sweet and almost floral/fruity (like a wildflower honey), has a beautiful reddish-brown liquor that gives off a hint of the taste to come, and the cha qi is serene yet invigorating. You can’t go wrong with this bold black tea.

After spending the better part of an hour glancing back and forth at my session notes, I came to the conclusion that I had no clue how to start a review of this tea. Where would I even start with it? Okay, before I go any further, let me explain my current circumstances in more detail. Hopefully, that will shed some light on my mindset going into the review sessions I conducted with this tea.

I did not previously make this information public, but I quit my despised job back around the start of the second week of September. At the time, I was actually working three jobs. My primary position was as a case manager for individuals with developmental disabilities that I held with a local community health agency. I also worked overnight on-call shifts as a mobile mental health crisis responder and evaluator for the same agency in addition to working part-time as a property manager for my parents’ property management company. For just shy of the past two years, my elderly grandmother has also been living with me. With my parents, who were also my bosses at one job, living right next door, an extremely willful elderly woman sharing a residence with me, and no adequate amount of time for socialization, my interactions with others were mostly limited to text messages, Facebook, and well, Steepster. This situation sucked. By the start of August, it had become apparent to me that I was not fitting in with the administration’s vision for the positions I occupied with my primary employer. I had been working at the agency just shy of two full years and had been highly praised in each position I held (I was transferred twice during my time there), but never received a raise and never really gelled with most of my coworkers. What’s worse is that I live in an area where higher paying jobs are notoriously hard to come by, and by most measures (government salary estimates based on my age, education level, training, and job experience), I was making at least $10,000-$16,000 less per year than I was worth. With no opportunities for advancement on the horizon, I abandoned my primary employer in order to work for my parents full-time. Unfortunately, that has meant more time at home, and with my grandmother’s seasonal depression suddenly kicking in hard (my grandfather died during the autumn of 2006), I have had a very unpleasant week. Tack on the facts that my bosses are right next door and I see them both on and off-the-clock multiple times every single day, and I have been dealing with a nasty inner ear infection, the medication for which apparently causes serious insomnia, and I have not been having a pleasant run of things here lately. This tea was the one that kept me company through most of this crap; I finished the last of it yesterday night when I couldn’t get any sleep to save my life. Yes, I have been up since yesterday morning. All of this being said, is it any wonder I have had more than a bit of difficulty getting my head straight with regard to rating this tea?

Anyway, enough of that for now. My review sessions were conducted on two separate evenings. The first, which is the one primarily detailed in this review, saw me steep 6 grams of loose tea leaves in 4 ounces of 200 F water for 3 seconds following a flash rinse. This infusion was then chased by 15 subsequent infusions. Steep times for these infusions were 5 seconds, 7 seconds, 10 seconds, 15 seconds, 20 seconds, 25 seconds, 30 seconds, 40 seconds, 50 seconds, 1 minute, 1 minute 15 seconds, 1 minute 30 seconds, 2 minutes, 3 minutes, and 5 minutes. The second gongfu session differed in only a couple of small ways. The water temperature was lowered to 195 F and I started with a 5 second steep and then carried on from there. Otherwise, the two sessions were conducted in an identical manner.

Prior to the rinse, the dry tea leaves emitted powerful, thrilling aromas of nectarine, peach, blood orange, and honey. After the rinse, I detected more subdued aromas of malt and wood balanced by a hint of cocoa. The first infusion produced a very similar bouquet, albeit one with a stronger cocoa presence and an emerging hint of cream. In the mouth, I found timid notes of cream, malt, chocolate, and wood underscored by fainter presences of fruit and honey. Subsequent infusions brought out the honey, blood orange, peach, and nectarine, though I caught them most strongly toward the finish. I also found touches of apricot, sugarcane, vanilla, earth, minerals, red apple, roasted almond, and caramel occasionally supported by traces of gentle nutmeg and camphor. The later infusions emphasized minerals, malt, wood, and caramel with touches of stone fruits, cream, and honey.

The session in which I used 195 F water differed from the session detailed above in the sense that I caught some stronger sugarcane aromas and flavors once the tea was firing on all cylinders. This session also brought more complex and pronounced herb and spice impressions. The nutmeg was still kind of there, as was the camphor, though I also was sure that I caught notes of anise, black licorice, and clove. I read the product description provided by Yunnan Sourcing US and a mention of eucalyptus was made, and while I could see that also being a possibility, I just did not get that impression myself.

Now that I have written a novel, allow me to simply state that I found this tea to be very pleasant. Ultimately, I did not feel that it was the best or most consistent Yunnan purple varietal black tea I have had to this point, but it was still very much a worthwhile tea. I could see fans of such teas or those looking for something new and unique being into this one.

I think your patience is exemplary. Anyone would have gone half crazy I am sure. Your patience will be rewarded one day my friend. It can be a long hard wait sometimes though. On another note I wish I still had my parents around to bother me a bit as well.

Oh god, I am so sorry you have been juggling all of that chaos. You are truly a martyr and I’m glad you left your other job if you were being majorly underappreciated. I just hope that something even better will be on the way for you sooner than later.

Thanks for the kind words everyone.

Getting to this late. However, I second what those before me have said and I will add the following.
It is beyond challenging, as a relatively young person, dealing with and caregiving one’s elders. I’ve been there and it is hard. I suggest being very kind to yourself in all this and making efforts to seek out various types of self-care that you can realistically incorporate in your life—beyond us, cyber-space peeps, of course. These things take their toll.