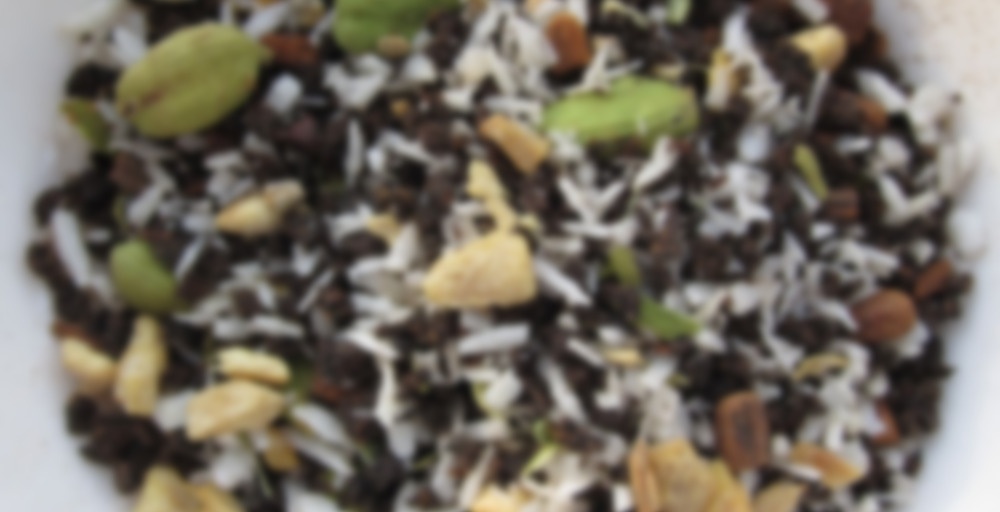 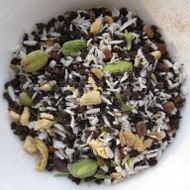 by Yogic Chai
72
You

Herbal Properties:
- Assam Tea (black Tea): Black tea is a variety of tea that is more oxidized than the green, oolong and white varieties. All four varieties are made from leaves of Camellia sinensis. Black tea is generally stronger in flavor and contains more caffeine than the less oxidized teas.

- Coconut:Coconut, says vaidya Mishra, Director of Maharishi Ayurveda’s Product Research and Development, is considered a divine plant in vedic tradition. Whenever you perform a sacred ceremony like a yagna, havan or puja, a coconut must grace the occasion.

I’m disappointed in this one. It’s a good chai, but I don’t taste even a hint of coconut. sigh

i know the feeling :( sorry the coconut was hiding

I made this today with a bit of dark brown sugar and a splash of cream. Just what I needed considering the weather.

So delicious! Water/coconut milk on the stove top. This really blows away all the other chais I own. It’s just so much more potently spicy without being sharp or causing that weird feeling I can get in the back of my throat from cinnamon. I guess it just tastes fresher. I can taste each of the spices and they’re perfectly balanced. The coconut is understated but I love what it adds to this.

I enjoy this as a nice change of pace from Yogic’s award-winning Original Masala. In fact, I like it better than that. The coconut is just right-doesn’t reach out and smack you, but you don’t need to struggle to taste it either. Yogic’s brewing instructions are to boil the tea with water and milk together in a pot. It tastes best that way with soy and coconut milk. However, it still tastes great when steeped in a warm cup for 5 minutes with boiling water from my Zojirushi and soymilk and sugar added after. I will buy this again at some point.

I love this tea. I don’t get a strong coconut flavor, but it’s such a creamy, well-balanced chai. I do a mix of half water and half milk – bring to a boil and then simmer steep for 4 minutes. Strained and sweetened with about 1 tsp of maple syrup. It has a nice spice blend and is warm and comforting. Love it.

Please don’t be turned away by the appearance of this chai while steeping. I had to look up whether or not coconut is considered a starch. It is and the frothing like when you made rice is completely normal.

And this tea is delicious so I am very happy I looked it up. The coconut can take the place of too much milk for balancing out the assam base so for me it only takes a small amount of sugar for it to turn out perfectly.

This one delivers the strong chai taste!