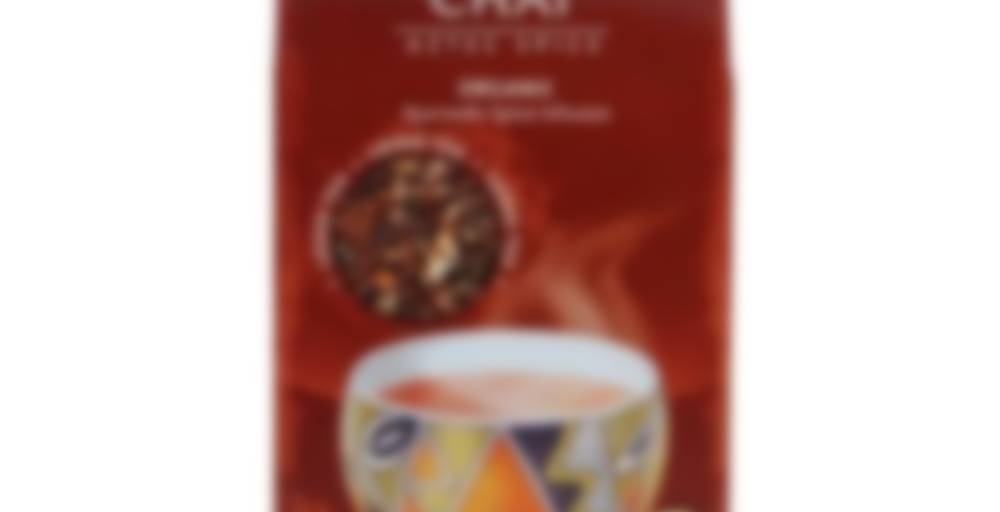 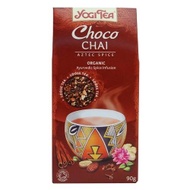 Ancient Aztecs made a version of a chai blending herbs and spices with cacao beans boiling it and creating an exciting drink called ‘xocoatl’. Yogi Tea’s recreates this ancient recipe and takes it one step closer to perfection. Yogi Tea Choco Chai is a festive blend of cinnamon, cardamom, ginger, cloves, pepper and cacao shells. Take a sip before adding your favourite sweetener and/or creamer and let the flavours you taste inspire the perfect proportions.

A sample from KittyLovesTea! I brewed this as a latte today — it’s been too long since I last had one, and it’s still officially winter. The chocolate in this one comes out really strongly, particularly while brewing. It’s like melted milk chocolate. There is something a little artificial about it, but I can tolerate that because it’s so slight. The spices help to mask that, too, so the overall effect is pretty reasonable.

With milk added, this is gloriously creamy and chocolatey. The cocoa and chocolate notes come out first, followed by a wonderful swirl of chai spice. Cinnamon, cardamom, clove…it’s a wonderfully sweet and comforting combination. The spice isn’t too strong or overwhelming, unlike some I’ve tried recently, and is balanced well with the chocolate to create an overall flavour that is both chocolate and chai — it well deserves its name. I wasn’t quite sure what to expect from this one, but it’s actually one of the best chai blends I’ve tried in a while. I’ll be saving the rest of my sample for another cold day, the better to enjoy it! A great find.