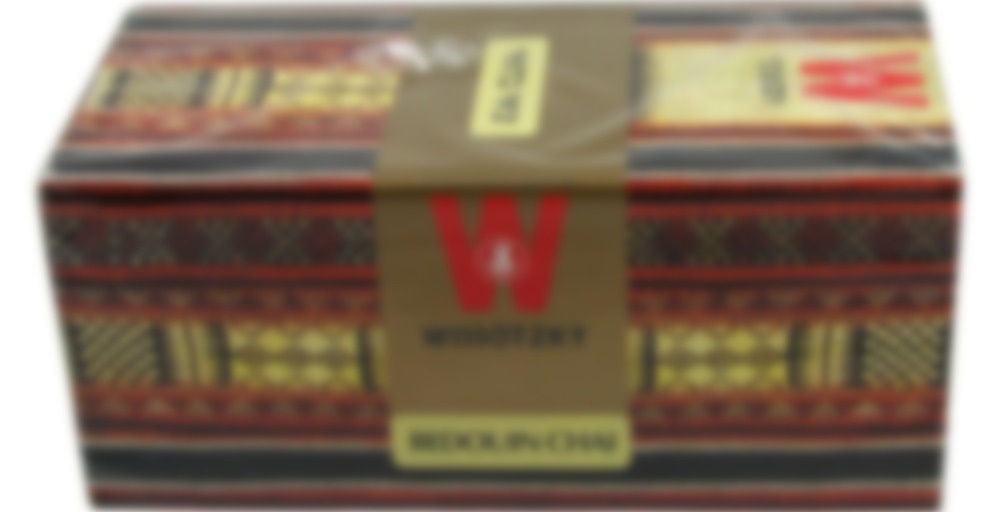 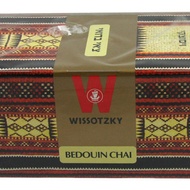 by Wissotzky Tea
77
You

This was just what I needed today. Yum. Very lemony, in an herbal sort of way. It feels cleansing.
The spices are nicely blended with the lemongrass to create a cooling and refreshing taste that I think would do well iced.
Also, I didn’t do this as a latte but it had that feel to it even though I only added a bit of milk!

This comes from the travelling tea box. Thanks to ssajami for a sample!

It’s hard to find info on this tea. ssajami wrote (in the handy tea traveling book) “Local blend of black with safe, lemongrass, and cardamom.” This isn’t the exact same tea, since this doesn’t have lemongrass in it, but I didn’t feel like making a new entry.

This chai intrigued me because I rarely see chai’s with lemongrass in them. It adds a nice flavor but doesn’t overwhelm the chai.

This tea blends also says, "The nomadic Bedouins traditionally drink this tea “strong and sweet,” so it is recommended to leave the tea to steep for at least 5 minutes before removing the bag, then sweeten."

I am a wimp about bitterness, so I probably steeped it closer to 2-3 min (I didn’t have an official timer), but maybe next time I’ll give it a longer steep since that’s the traditional way.

Oh, and if you were wondering what Bedouin refers to (because I didn’t prior to this tasting note), wikipedia knows: “The Bedouin are a part of a predominantly desert-dwelling Arabian ethnic group traditionally divided into tribes, or clans, known in Arabic as.”

Tea #1 from Another Traveling Tea Box

I was in a rush to get to a meeting, so I rummaged through the teabags in the box and found this gem. I didn’t read the ingredients before opening it, and was pleasantly surprised to smell sage. The savory smell reminded me a bit Thanksgiving stuffing.

The flavor was extremely interesting. The sage completely overpowered the cardamom, so I wouldn’t consider this a successful chai. However, it certainly was a damn tasty tea.

Sounds like a great tea with a turkey sandwich!

This was my favorite tea before I really got into loose leaf. The spice is gentle. The sage lends depth. My brother drinks it with a ton of honey, but I prefer it straight. It’s a little drying at the end. That’s not usually a problem for me. Right now it’s too darn hot to tolerate dryness though.

I think this is a sipdown. It’s hard to be sure. I had another teabag, but it’s gone missing. I suspect my dad of purloining it.

EDIT: It’s confirmed. My dad drank the other bag. He was amusingly surprised that I even noticed it was gone :-)

A strong chai with cardamom and sage to give it extra body, goes well with or without milk