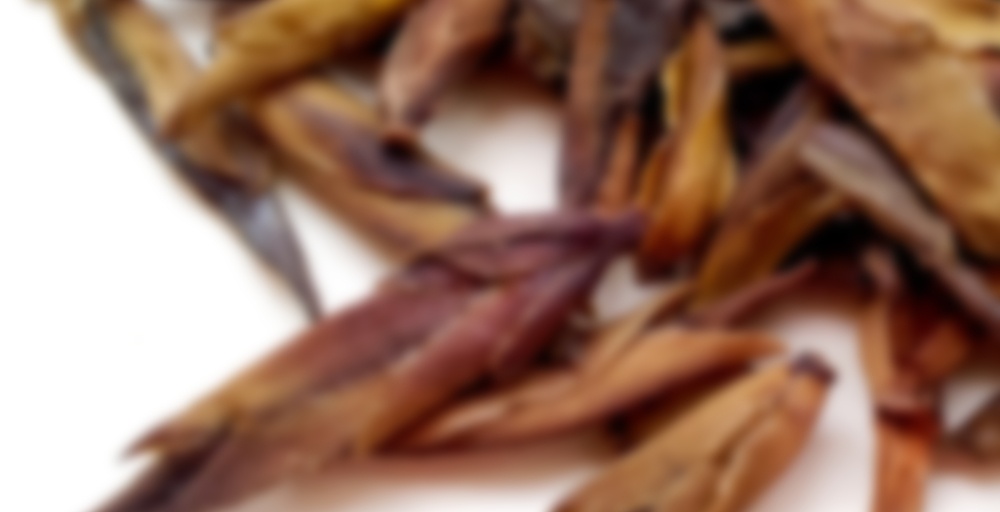 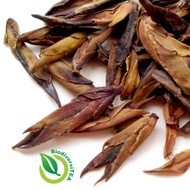 Description
The buds are three different colors of purple, green and yellow. When you brew it, the leaves turn brighter beautiful colors and the buds balloon. The brew is a pale, light purple color with a floral honey like aroma and taste. This is our favorite Puer. One cup can be brewed up to 20 times.

Story
Hand picked by the Tea farmer Chen Mei at wild tea tree in the wild virgin forests of Lang Cang River in Puer. Chen Mei with her family revere these wild, ancient tea trees as a powerful spirit. They believe the Wild Purple Puer trees have a very powerful spirit that has protected them in times of war such as the anti-British war in the 1930’s and other dark periods. Purple bud puer has been undergone successful testing in the reduction of radiation in studies done in China. This is a very rare tea and in very limited supply.

These purple buds remind me somewhat of Ya Bao in their appearance, though they are smaller and less downy and plush, much more dry and crispy, and of course a deep reddish purple color. After sitting them in a preheated gongfu style teapot they smell quite strongly of mesquite smoke. The first infusion is a pale yellow and the liquor smells like wood, smoke, and black pepper. In fact, if you blindfolded me and had me smell this I might think I was smelling jerky.

The flavor of this tea is a lot more rich than I expected. I was expecting a mouthful of sawdust, to be honest, but this flavor is rather savory. It’s mostly a woody flavor but it has a strong umami component to it that I did not expect and there are the faintest hints of persimmon in the background.

On the second infusion there is a slight sugary sweetness and the flavor is woody with a savory vegetable broth background to it. Unsurprisingly, the taste has many similarities with Ya Bao teas, though much more woody and savory compared to any Ya Bao I’ve had, as those tend to be woody but more light and sweet.

The third infusion is a more visible yellow now, and flavor-wise it is about the same as the second infusion. The fourth infusion is a little more sweet and mellow. This would be a really calming tea for people who like predominantly woody flavors. For me, this is not the type of tea I would drink other than when offered to me. The texture of it is juicy and quenching at first, but leaves a bit of a dry feeling in the mouth at the end of the sip.

Ok, like, what? The Joseph and the Amazing Technicolor Dreamcoat of teas. They’re all there brown, green, yellow, and best of all purple. Received this as a sample. Not bad at all, very smooth, no roughness or in your face pu erh boldness. Pale in the cup but the flavor is not so pale. The smokey, earthy,flavors are all there just not so bitter. Aromas of fine leather hit me the most. A good introductory pu erh like Wild Qi;s Wild snow oolong I had before this.