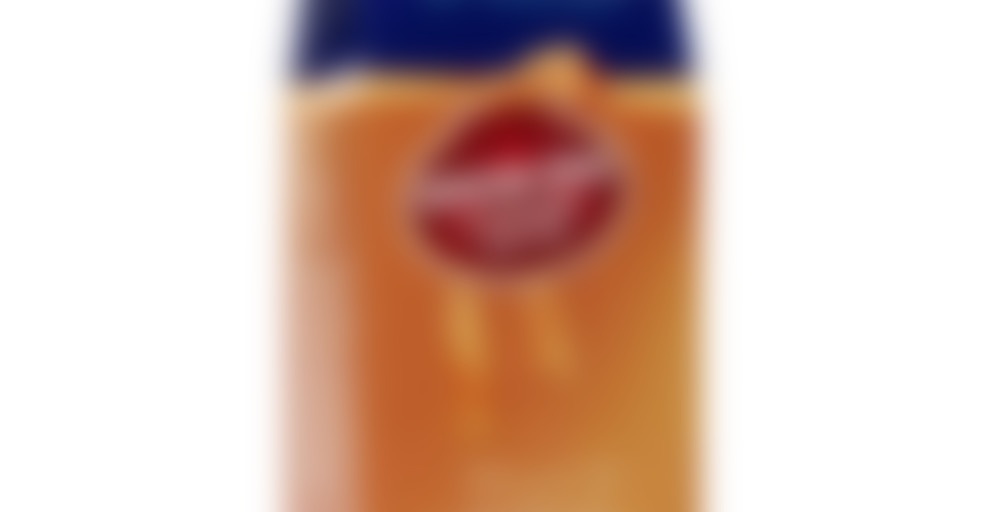 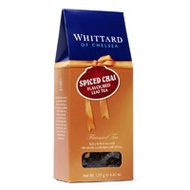 by Whittard of Chelsea
67
You

Had this tonight with some pepridge farm gingerbread men. An excellent November snack. Also this is my 300th tasting note!!!

I have about 1/5 of a “fifth,” so I just put one heaping teaspoon in it last night. It will probably “steep” for 24 to 36 hours instead of the recommended 10 because a) I’m lazy and b) I can’t decide what other container to strain it into once it’s done. I also haven’t decided how or when I will drink it… probably just a vodka “martini” with Bailey’s like this http://cocktails.lovetoknow.com/Baileys_Vodka_Martini

Is it wrong to blend Indian chai with Irish creme? I think I’ll call it a “George Thomas,” after this wacky dude I just learned about via the magic of the internets: http://ezinearticles.com/?The-Most-Famous-Irishman-in-India,-George-Thomas&id=1650863

I need to make a variety of tea vodkas (and mulberry cordial – my mulberry tree is going NUTS!). I think perhaps sunday!! Thanks for the inspiration!

I am sadly now considering buying more vodka just so I can make green tea vodka (the fifth I just chai’d has been around for a couple years, that’s how infrequently I drink the hard stuff!)

I know – if it wasn’t for all my concoctions (vanilla extract made with rum, limoncello made with vodka, mulberry cordial with vodka) the hard stuff would sit for guests :) I don’t make anything with gin, and we’ve had the same bottle of gin for almost a decade!!!

I think it brewed for about 42 hours before I finally strained out the tea. I have about 4oz total. Hoping to try half of it with Bailey’s tonight…

Smells really good and spicy, and not in a overwhelming cinnamon sort of way. From the outside of the bag, it looked like green tea since there was green dust around it. Once it was steeped, it turned a dark brown. Delicious blend especially with milk and sugar. It was a little too bitter for me plain. The blend of spices is great. One of the best bagged chais I’ve had IMO since it wasn’t too spicy.

Thank you Caitlin for sending me 2 samples of this!

I am glad you liked it. I love how this tea stands up well to additives.

This put me off trying Chai, but maybe it’s just a bad example.

Don’t give up on chai! This is a pretty strongly flavored example, there are much lighter flavors out there!

Excellent when mixed with milk and a little sugar!As if it’s made specially for a nice cup of milktea!

Uhm, not sure why so many of the reviews are mixing the tea into pudding.
shrug

Works for me, but I admit I took the more traditional direction in my chai tastings. And I found it to be quite good and smooth. I blame this chai on helping wedge open the door into posh chai-wonderland to which I have visited and won’t be returning FROM any time soon.

Sure there are chais that followed and blew this one out of my cupboard ( those were the peppery and bitchslapping aggressive ones that I reviewed previously), but this was the first one to take my hand and say ‘hey, you don’t need to buy the twinnings chai from the grocery store anymore. Because frankly I am much better.’ And it is. Smooth as silk and gentle on the palate, this one is flavorful and friendly. So let it take you by the hand and show you the light. It won’t be your last, but you’ll think of it on quiet nights like a summer fling and smile. :)

Lmao, “hey, you don’t have to buy Twinnings Chai at the grocery store anymore”, omg, couldn’t have said it better. :)

Day 8 of the Whittard advent calendar.

It’s a pretty standard chai. Nice, but not exciting.

How i got it: Got a bag from an exchange with a workmate

Experience: On the aroma side, this tea’s smell is composed mainly by the scents of the base tea (similar to an Assam) and the clove, and has a mild intensity. Its taste, however, is surprisingly mellow in comparison with its aroma. There’s a vague hint of ginger in the end of the sip, and (in contrast from what I sense in the tea scent) I think this tea could may be Indonesian, given its similarity with Whittard’s Spice Imperial. Hints of orange, and very nuanced notes of cinnamon. Relatively well defined, good duration. Not bad overall, but I miss the traditional Chai spiced (and spicy) taste, more intense and complex. Just good, in my opinion.

Would i buy it?: Again, it’s not a bad tea, but doesn’t get very much better than that. I think the answer would be no.

This tea is amazing. It tastes wonderful when left to brew for a minute or two and then add milk. Not overpowering but a subtle blend of spices. I just love this tea and I am trying to find a stockist for this in Ireland or even to purchase online.

Can anyone help me out there ? I have checked whittards.com and it seems to be out of stock….

I recently discovered this in a Friends house and I am unable to find any shops in Ireland that stock this product.