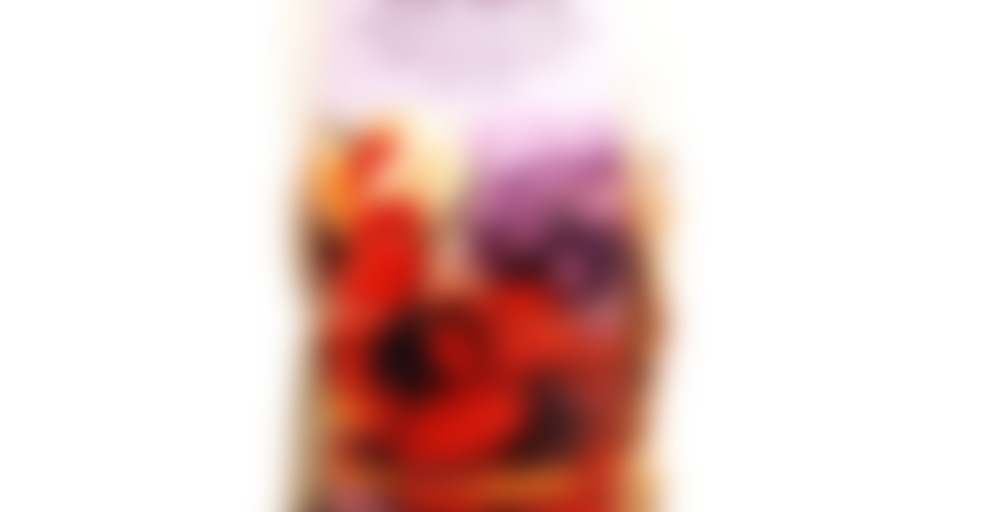 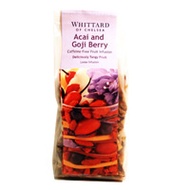 by Whittard of Chelsea
76
You

A superbly intense blend of tangy mouthwatering fruits, dominated by newly rediscovered Acai and Goji berries. Enjoy hot or cold or as a cocktail with chopped fruit and crushed ice.

My first impression of this is actually quite good. It’s not really “tea” in my book. It’s an infusion or a tisane or whatever you want to call it and I don’t usually go for those. However, it’s quite pleasant, not disgustingly sweet, and has gone down very well with my housemates. Thanks Ellie!

A pretty good fruit infusion that lifts you up. I especially like the tangy taste.
I’ll have to try it it cold next time, I bet it makes a great iced tea for those scorching summer days.

Part of the incredibly generous sample pack sent to me by Whittard of Chelsea!

I had to try this one coldbrewed. I just had to. And I wanted to see if it was as good as Goji Pop. I took a sip of this before I added my sweetener and holy hibiscus, Batman! Tart as sin and not half as fun. But the sugar calmed it down a bit, thank goodness.

I first discovered the flavor of acai through Red Leaf Tea’s Brazilian Acai Matcha, which I adored. To me, acai tastes like the bastard son of blueberry and raspberry. I really like it. It’s rounded out and juicy like blueberry, but it has an edge, like raspberry.

This coldbrew captures that perfectly. And with the goji, it is out of this world. It’s incredibly refreshing on this hungover day, and I’d even pick it over Goji Pop! The only reason I might keep Goji Pop stocked instead of this is because DavidsTea is much more accessible for me. Still, I’ve got enough of both to give me a yummy summer.

I didn’t like that the package wasn’t resealable in any way, in fact, you had to cut it open. Luckily I have a few empty tins kicking about. Also, again, so much hibiscus. Though it is making me start to wonder, is 45% hibiscus normal for an herbal, or is it a high percentage? I almost wish the percentage of each ingredient wasn’t listed, because without that, I wouldn’t have been so focused on the amount of hibiscus when I first tried it.