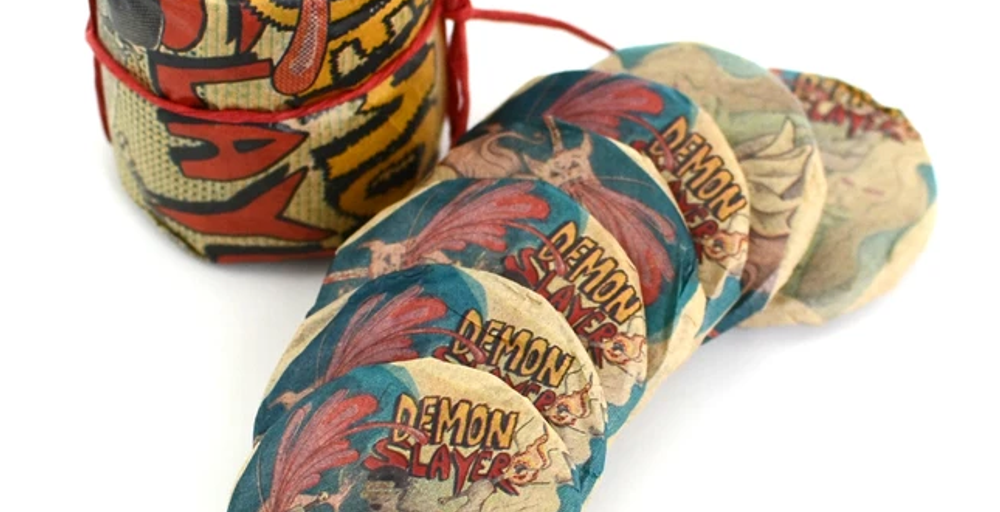 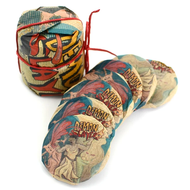 A new take on our high end huangpian blend from 2018 Demon Slayer.

Stab your personal demons in the face with our blend of high end huangpian [the large leaves of raw Puer production]. Thick, enduring tea with strong feeling and heavy complexity. A great opportunity to drink high end old arbor material within the confines of a reasonable budget. Age or drink now as your inner demon slayer desires.

Pressed in 2020. Sold as stacks of seven minis or as individual 7g minis.

It had very little color or flavor the first 2 steepings. The third and forth tasted very much like an IPA beer, sweet and hoppy. I am not a fan of this particular flavor profile

Great session. Floral, sweet, smooth at first, later fruity, thick, bell peppery, brassy. Sharp tingly quality on the tongue as I’m drinking, then that same sharp tingly quality at the bottom of my throat as I swallow. Became unpleasant when I overbrewed an individual steeping and that effect became too strong. Felt like I had to tame those demons.

Got so many steepings out of this one that I lost count. After a 30-second rinse, steepings were 15 seconds then at most like 30 to 40 seconds by the end. Astringency and bitterness never really came up. Despite the consistently short brew times, flavors were never light.

Just such a fan of this one, thematically. The appropriateness of the name, the evil, murky feeling it conjured up, the care and/or luck needed to get each steeping right, and the music I was listening to at the time (Shinichi Atobe which is uhhh, experimental house maybe? It matched this session perfectly).

Oh, I’ll finally be drinking from something other than YS and w2t! Just got an order from CLT and also subscribed to OWT club. I know there’s so much more out there but it’s easier to just focus on a couple stores at a time, for me at least.

Jumping in here – Old Ways Tea, the place you mentioned wanting to order some of their teas :)

Mateusz, I’m looking forward to notes on the teas you get in the club box :)

Yup! I’ve heard nothing but good things about them. Shipped today, I’m excited.