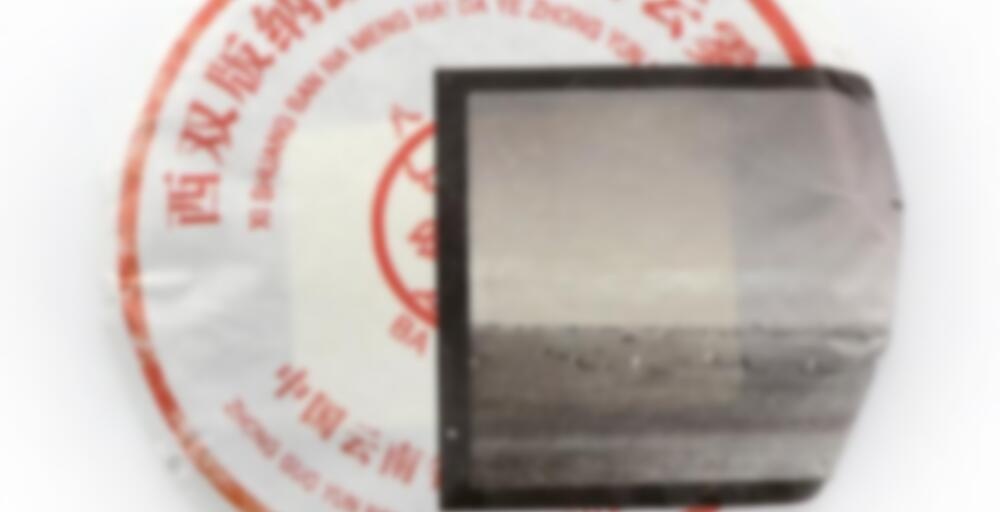 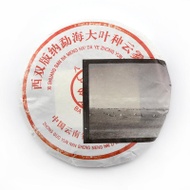 The 2017 Bellwether is a blend with distinct Yiwu character. Sweet, smooth, soft, and subtly strong. Drink now or age for the next seven decades (or as desired).

edit to add that this tea has probably some qi. Noticed a bit of cold sweat and chills today while drinking the last couple grams or so from a thermos at work, so the other time wasn’t an anomaly.

This is going to be an inherently flawed review due to the course of time over which it took place, but I’m posting it anyway for my own benefit, though it’s unlikely that I’ll be buying any more of this tea in particular. I started my first “real” 9-5 internship this summer (remote internships last summer cannot fully replicate the intensity of this) and it’s been far busier than I anticipated. Adult working life is no joke. I don’t have time to steep multiple infusions when I wake up and before work, and when I get back from work, I’m too tired or can’t have any more caffeine since it’d impact my already shoddy sleep quality. Weekends aren’t even particularly carefree, because there’s always things that seem to come up, and it’s hard to pass up rare moments to spend quality time with friends that just don’t happen over the course of the semesters, plus meal prep, etc. etc. I can’t pick random moments during the day to steep and write out notes because the lunch break timing is not really flexible. During the school year, I can pick my own times to take breaks, and everyone is too busy to hang out with anyway, so I can be a grouchy hermit and make tea while frantically completing readings (or pushing the readings until day before test or never).

Anyway, naive complaints about adjusting to adulting aside, onto the notes.

The first was with Whole Foods 365 spring water, the second with Whole Foods 365 distilled water, mixed with the Simple Syrup recipe from Arby from Empirical Tea. I tried my best, but consumer grade milligram scales are imperfect (I used grains setting and converted, since mine only does .001g sensitivity, so for one gallon, it was .225g baking soda instead of .221g, .1419g Epsom salt instead of .1415g, .046g gypsum salt instead of .0457g, and .100g instead of .0996g. I added 5 drops of silica, but TDS didn’t change (overall, landed at 83-85 ppm).

As I noted before, I’ve been sort of overwhelmed so both reviews took place over several days. I will note dates in each portion.

5s: lightly bland upfront, then full on fruity sweetness that fills the mouth and lingers slightly before dissipating. A touch of smoke that fades.

7s: stronger taste upfront. Aftertaste reminds me of those dried round haw flakes that I had a lot as a kid + classic dried fruit profile with a hit of sugar. Can feel a bit of heat in my back, but it’s also summer and 80F in my dorm room not sure if that’s the tea.

12s: An initial hint of bitter that turns into sweetness from before. Still heavy on the sugar aftertaste (yes, like straight sugar). Dried fruit profile beyond initial touch of bitterness. slightly drying in mouth and on tongue.

6.29: whoops. Let it sit a few days. 13s: a light smoke, with restrained sweetness lurking. I also had a sweet porridge beforehand, so can’t pick up as much. But there’s a bit of drying on cheeks, even as sweetness surrounds. Still strong raw sugar note.

20s: strong. wow. A hit of lurking bitterness surfaces. More of the dried fruit mixed in.
Drying continues. slight florals as well, then sugar. Some sweating on the way to work, but also very hot out, so who knows.

6.30: Aided in a mix of Poland spring bottled water since I ran out of the WF spring water.

16s: A light smoky bitter at the edges of dried fruits.

23s: something almost cherry-like amidst everything else. Initially a strong touch of bitter, but the sweetness and rest come through after.

20s: lightening in taste. something like dried fruit/cherries w/o the edge from before. Some drying and sugar aftertaste.

7.3: Not sure how relevant this review is anymore, but will continue.
25s: soft in a medicinal sort of way upfront that transitions onto a strong note with something sharp & sugar cubes in aftertaste. drying on tongue.

28s: Not too strong of flavor upfront, but aftertaste of sugar cubes as usual. something lightly of smokey dried berries in the taste initially.

30s: Almost immediately sweet upfront with a touch of smoke. Something in aftertaste is getting softer, almost cotton-candy like in a way. A touch of bitterness.

33s: starting to fade out. Nothing too notable w/r/t changes.

355. Much lightened. Still a light sugar in aftertaste, refreshing.

45s: tossing into thermos since nothing particular to note anymore. Maybe a sour sort of fruit peel edge, with some sugar in ending, but that’s it.

thermos overnight: warm & buttery initially, with undertones of an edge. classic thermos puer grainy profile, but that may have been influenced by my thermos.

with Arby’s Simple Syrup water:
My original intention was to do a direct comparison, but I didn’t realize how busy I’d be overall, and didn’t complete either review as I would’ve liked.

7s: Notably better texture, but not sure if that’s from the added silica. Similarly bland start as before, then something w/touch of fruit & apple peel turning into sugar-cubes aftertaste. May be too early to say, but not drying like steeps of this tea later last time.

10s: light smoky smell in gaiwan + lid. Sort of bland upfront, then sugary aftertaste that isn’t necessary
stronger than before, but seems to fill mouth more, in addition to not having drying feel of before. Also something of steamed vegetables in aftertaste.

15s: A light smoky vegetal. Similar sugar to aftertaste, but not as crisp. A more rounded sort of taste. something lightly herbal that escapes quickly. Dried berries.

23s: Quick hit of astringency and bitterness. Dried berries + something medicinal that lingers slightly. Sugary aftertaste present, but lighter. Some hint of sour, along w/ slight cool feeling in throat. Sugary aftertaste turns into something akin to mint maybe grassy.

25s: smoky dried fruit. A hint of mint somewhere. Similar aftertaste to before, but mint on aftertaste.

30s: something like a honey-coated bitter, with edges of mint & crushed sugar, that goes from taste to lingering after.

33s: light bitter that recedes quickly. Ending edges are crisp sugar of before.

7/12: not that I should’ve been as surprised as I was, but the leaves had mold this morning when I remembered to get back to this. I would’ve liked to finish up the second review, but unfortunately will be unable to as I don’t think I’d purchase more of this. I will have to do more steepings with the Simple Syrup water recipe, but I have mixed thoughts on it. It definitely affected this tea, but in a way that sort of declawed the cat, so to speak. My parents don’t like me having too much young sheng (or any sheng, really) since they’re into all the TCM stuff, but imo, some of this tea’s charm lies in showcasing its edges juxtaposed to the crushed sugar cubes in the aftertaste. Simple Syrup brought out some different facets, but I don’t know if I’d necessarily prefer it against the original steeping.

So, there’s a tag on instagram that I really like – #yiwulikesundaymorning – I’ve been trying to find a Sunday where I’ve been in the mood for a yiwu sheng so that I could get in on it. That finally happened this past Sunday morning – I was craving something mellow and soft so I brewed up Bellwether!

This is a deadly sheng in the sense that the steeps are all very soft and smooth with some surprisingly delicate sweetness and hints of more vegetal snow pea and green bell pepper type notes. Vegetal for yiwu productions, anyway – I’m so used to a lot of yiwu teas having sweet fruit syrup qualities. However, despite the soft and almost graceful infusions – the caffeine in this baby sneaks up on you. After steep two!? I was buzzing! Definitely an interesting way to spend a Sunday morning.

I can’t quite warm up to this tea. It is clearly of good quality, but I may just have to accept it is not for me. It is mostly the strange combination of heavy bitterness, sticky sweetness and a bright tannic quality that just doesn’t appeal to my palate.

Anyway, here are some notes I wrote down. The smell is very heavy and sweet. I compare it to a mixture of shisha tobacco, swamp vegetation and brown butter. As I mentioned, the overall taste is bitter, sweet and tannic, as well as quite vegetal and refreshing. As for the flavours, I noticed notes of sugarpeas, grass, fresh bay leaf, mediterranean florals and mussels. The last one becomes strong especially in late infusions. In the aftertaste, there are further notes of moss and red pepper (the spice, not the vegetable).

The liquor has medium to light body and soft, powdery and sticky mouthfeel. After swallowing, I get a numbing sensation in the mouth. I can definitely attest to the subtle, yet strong nature of energy of this tea. Since it doesn’t affect consciousness much directly, I found it possible to work while drinking this tea actually.

This was a surprise. I inadvertently did a blind tasting with this and I really like it. What I appreciate most about this tea is the combination of good depth, power, and interesting flavors that are not one particular note. The liquor is a clear, pale yellow and the leaves have a smoky and wet, old-growth forest scent. Immediately, it displays great depth and three-dimensionality. It’s quite smooth with medium viscosity. The mouthfeel sits very nicely and is accompanied by powerful qi after the 3rd steep. I agree with Paul’s description of “subtle strength”. It sneaks up on the drinker and then takes the driver’s seat.

Fantastic subtlety, yet with a boldness conveyed through the huigan, mouthfeel, and qi. This tea doesn’t exude very much of that Yiwu-sweetness that I am used to. The sweetness lies in its high floral notes which are coupled with strong bitterness and notes of tart/dry grape skin. I’m sure there’s a lot more going on in there I am not covering, but there you have it. There is that mossy, old-growth forest note (not simply earthy) that I found in the Colbert Holand and 2 Late. This is noticeable right away, here. The hay and tobacco are gentle, but are probably the key indicators of the tea’s eastern Xishuangbanna provenance. It’s an excellent blend that I wish I could afford.

I should have sampled this one. lol

it’s really really yummy stuff. There is more depth and dimension than the FDT and Poundcake.