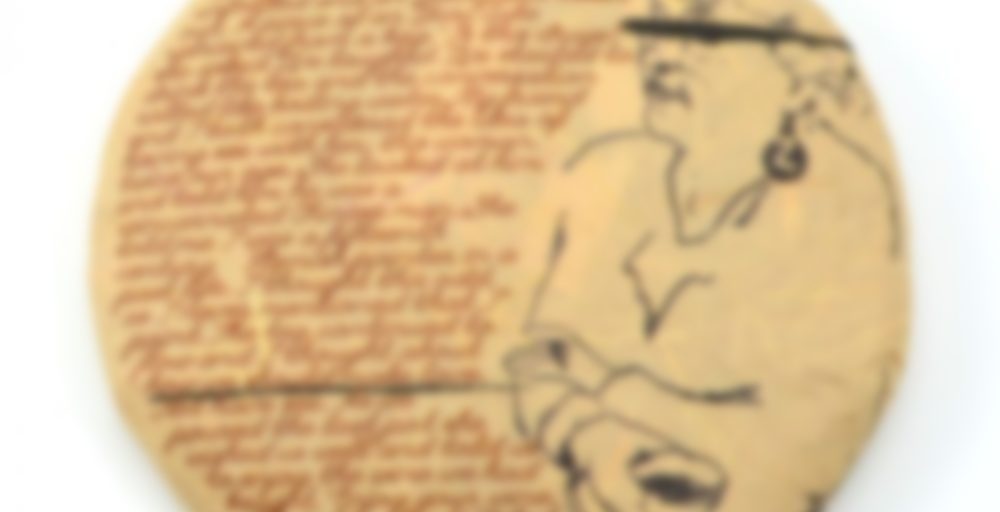 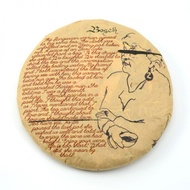 Back by popular demand, a blend of raw Puer material from multiple areas. Strong body feel. Not the best place to start for inexperienced Puer tea drinkers.

I seriously hope Paul releases this blend again in 2018. I’ve had more expensive W2T blends and must say after spending a year and a half with a cake it’s probably my favorite W2T offering. Of course I haven’t tried any of the Treachery cakes as I won’t blind buy a cake of this price without first being able to try a sample…So I’ve lived with this cake a year and a half and have enjoyed its evolution. I drink it once or twice a month and it tastes a little different every time but always smooth, oily and well balanced. Today I’m getting aniseed flavors throughout the session. The qi is always intense and lingering. I was sad that there was no Bosch in 17 and hope there is in 18.

After having several sessions with this, I feel more confident about my impressions of this tea. It’s one of the most complex teas I’ve tried (just barely a notch below the Colbert Holland – my favorite W2T pressing). Certainly something to savor slowly and quietly. These brewed leaves are gorgeous. I must thank Paul or who ever thoughtfully took apart this cake so that the leaves in my sample could remain intact. They exude a green-ish floral and dried fruit fragrance after rinsed.

Very powerful, rich, deeply penetrating, soothing, calming, and highly energizing. I drank the rinse on this one. Good clarity here. Nice density combined with a penetrating and lasting mouthfeel and huigan from the rinse onwards. This tea quickly fills the mouth moving throughout and down into the throat. It then lingers in the cheeks for a long time.

I’m actually not a fan of the flavor in its early steeps. Too much sugary dried fruit and clove – reminding me of a Christmas fruitcake which I just love to hate. Fortunately, by steep 4, my tolerance is rewarded with more intense mouthfeel and enveloping qi that is felt in at first cerebral and then moves to the chest and spine. My eyes are wide open; posture corrected. I am all Here.

Early sweet medicinal flavors are replaced with the notes of honeysuckle, tamarind, cherries, peaches (farmers market-fresh), and aged rum. I get an interesting mingling of bitterness/tartness (green apple), spiciness (juniper berries), and hardwood/mineral base that reminds me of cherrywood.

Later steeps much fruitier, especially in the prolonged aftertaste – honeycrisp apples, red plums, and yellow peaches, to be exact. It’s less thick and dense, yet still strong in terms of mouthfeel and body-feel.

Afterthoughts: This be the good stuff, and I know it is because I questioned it for some time. I thought my first 3 sessions were only somewhat memorable, but not enough to demand >$100 for a 200g xiao bing. I’m now reconsidering that value per gram assessment.

Awesome review. I love Bosch too and you described it way better than I could have.

Thank you, Pkts. It’s very good tea and totally worth experiencing. I just wish I could have grabbed a cake of the Colbert before it sold out, though!

Thick and heavy with a velvet smooth sweetness and relaxing Qi.
Images and more at https://puerh.blog/teanotes/2016-bosch-w2t

I didn’t get to taste the 2015 Bosch before it sold out, as it sold out right as I was getting into puerh. Of course, that fact along with the rave reviews this tea gets meant I had to add a sample to my 2016 W2T order. The dry leaf had a pleasant aroma – grassy, with a heady floral note. After a rinse it was more vegetal and powerful smelling.

This one is pretty intense from the get-go. Not intensely bitter or intensely sweet, just…intense. The flavor is sweet and vegetal, with an almost woody or root-like herbal quality. I found it hard to describe. It was an aromatic or wet woodiness, but a kind of gently sweet woodiness. I found the taste of Bosch to be very deep, encouraging small sips. Within three steeps, this tea starts to give me a bit of a slackjaw feeling.

After three or four steeps, the tea gets a slight bitter edge to it – not an astringent bitterness. It has almost resinous qualities to it as well, though this could have just come from the combination of the trademark W2T thickness and the woody-ish flavor described above. This goes on for a further three steeps or so, before the bitterness starts to drop off and the sweetness intensifies.

The next eight steeps were dominated mostly by sweeter flavor notes. I got nice apricot in the finish, along with some pine notes and occasional brown sugar. The tea was still nice and thick. I started to feel a bit clumsy with a bit of a pounding in the front of my head. This is certainly a powerful one. After this, I got maybe three or four more steeps out of it before they got so long as to be impractical in a gaiwan. Those were all a bit lighter but still pleasantly sweet with apricot notes. I think this might actually be the most apricot I’ve tasted in a sheng before. It’s not a really bright and “high” apricot flavor, but a deeper one, like a really ripe fruit perhaps.

Since this is one of the more expensive puerhs I’ve tasted yet, I decided to take the spent leaf and throw it in a thermos with boiled water for a few hours. The result may be one of my favorite parts of this tea. It tasted like I was drinking apricot syrup. Just super thick, with sweet apricot and notes of honey to it. So good.

This is the first of the really high-end White2Tea productions I’ve tasted. I think it might still be a little bit beyond me to be honest. Despite that, it was a really enjoyable tea, though I don’t think it’s one I’m going to buy more of. Maybe 2017 or 2018 Bosch :P Also, I have some spent leaf sitting in Vodka right now, so we’ll see how that goes.

So… how did that Vodka Bosch go?

This tea tastes mostly like Yiwu character to me, if I had to pinpoint a region. Base material is excellent. It’s very soft in the mouth, with a medium-thick viscosity, and oily mouthfeel. Flavor-wise it is subtle and buttery, but to be honest, when I sample younger teas of this quality, I’m really looking more for body effects than flavor notes. This tea quickly coats the mouth, then sits in the back of the throat where it lingers. Qi comes on quickly, and is pleasant. I can’t really think of anything to nitpick about this tea. For a young tea it has all the characteristics I could hope for. I do agree that the subtle beauty of this tea could be lost on someone new to Sheng Pu’er, but why not introduce them to the good stuff?

“but why not introduce them to the good stuff?” I can think of a reason ;)

In like two decades of steady tea drinking, this stands as one of the absolute heights of experience. The first sip, my eyes rolled back in my head, I let out a guttural bark, and said, “Oh holy godDAMN.”

It’s not big-flavor-flavor-note tea. It’s what W2T seems to do best, which is this eerily perfect gestalt, this harmony across warm flavor and rich texture and glorious subtle qi and mood mellowingness. I’ve tried this tea out on the pu-erh beginners, and they’re like, “it’s nice and smooth,” and get more excited about the big-camphor fat-flavor stuff. It is, as Paul himself suggests, not for beginners. But it is beautiful, in a way that’s extremely, extremely hard to unpack.

Pro-tip: the second time I drank Bosch, I only took it to 16 steeps and had to leave. The next morning, I was on my way to work, and thought, “What the hell,” and threw the remains of of yesterday’s Bosch into my glass tea thermos thingy. I was worried it would be a waste. Instead: whole new realms of subtle warmth and oiliness and richness unlocked. As I was leaving my car, and actually dropped the damn tea thermos and watched it shatter, and my first thought was: “Oh NO not the BOSCH.”

“eyes rolled back in my head, I let out a guttural bark”. I’ve only had this happen with certain gu shu sheng pu.