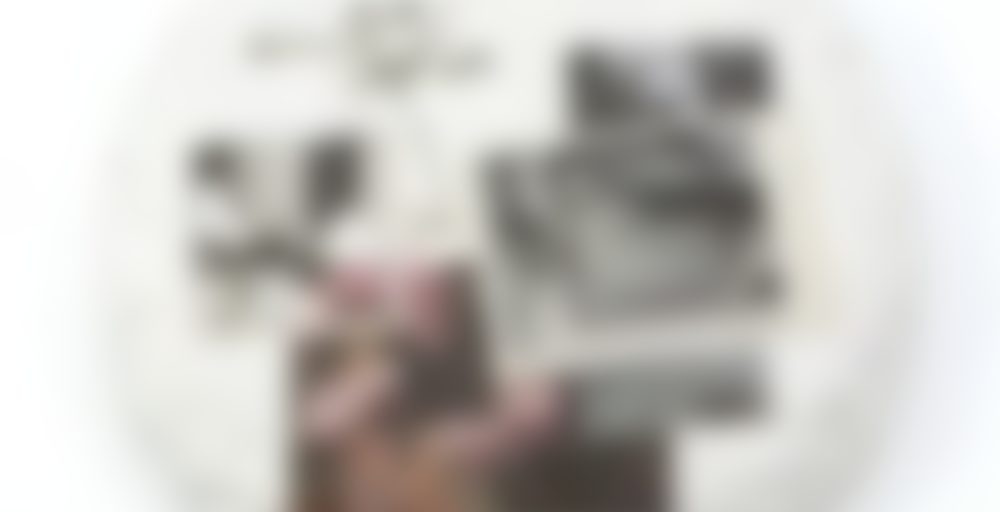 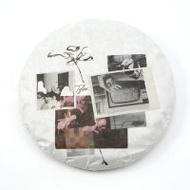 A blend of raw Puer material that focuses on the light, airy, and sweet. A good transition point between to experience tea with more depth that is not too heavy. Some residual bitterness and astringency will fade with age.

Each cake is 200 grams. The wrapper for this cake was a collaboration between white2tea and artist Joe Librandi-Cowan.

Still working my way through my BF W2T samples and this is today’s pick. Been getting a nice aroma from the sample bag, so I’ve been looking forward to this, though I pretty much have said that about every sample. Very easily separated 7g off of this sample chunk and spent a few seconds looking around for my strainer, so I ended up skipping the wash and just drinking from the start.

I’m getting fruity, floral, herbaceous and hay in the first steep. Smooth with a bit of viscosity. More grass and hay in the second steep, with the florals lingering at the end. Some appreciable bitterness and astringency start to emerge in steep three.

Sipped on this throughout the morning until the flavors started to fade with flash steeps, at which point I was still left with a nice mouthfeel to enjoy. The leaves are still giving off plenty of aroma, so I’m going to let them rest a while and then I will probably revisit them tomorrow.

I purchased samples of all the 2016 new line up this year, and I started at the bottom (cheapest) and worked my way up. I did this to taste the profile improvements and variances. I brewed in the same pot with same leaf water ratio. Also, this helps to hone in my palette to identify what’s a good deal and what’s not. At the conclusion of my tasting I will be placing my cake order.

I opened up my packet and gave a nice long inhale, for it’s been a long day. I can take in a familiar sweet heavy scent of fruits and some mineral. I pick up an odd tarragon tone along with some petrichor. The underlying leaf gives off a fragrant scent of honey kiss melon. I warmed up my pot and threw some in. The tea smells wispy and surrounding. My teapot lid opens followed by a musk with spicy undertones; I can take in some dark grass and a little bit of hot hay. I washed the leaves once and prepared for brewing. The taste begins with a strong floral background. The brew is sweet yet abrupt. The sweetness fits into the sugarcane category, for it is nice crystal sweet but it carries some woody tones as well. I can note a possible lychee note, and a light astringency follows, The brew still carries an odd haltering characteristic. The floral background pushes to the forefront in later steeping blooming into lily and daises. The tea is very delicate with a nice qi. The brew gives me a good rush and body feel that predominantly stays in the head. When I state halting, I mean that the tea gives a texture or enjoyable sensation then it pulls it away. The tones and scents flourish but stop. This tea kept this pattern throughout the session. It was odd, but I have seen it before.

From the Pu TTB round 5

Thinking about this tea, I realize how hard it is to put into words what differentiates a tea that’s “good” or “ok” from one that’s great. I may not have the words, but this one definitely falls in the “great” category for me, at least for near-term drinking.

I did multiple sessions of Tyler and I think it’s quite an elegant tea. It’s a great transition into the more complex teas, and it has amazing flavor. It’s still young, and it’s still temperature sensitive. I think that this is a great tea overall and is something I would highly recommend.

I did a full review of it on my blog here…

Tyler! The first of the W2T 2016 Puerh I have the pleasure of being introduced to…besides Fade I guess. In both sessions I’ve done, I found this tea got around 12-13 steeps, so decent longevity.

Dry leaf had a pretty light aroma, the sweet hay I get from the dry leaf of a lot of raw puerh. Didn’t smell remarkable. After a brief rinse, the leaves had a touch of sourness to their aroma, kind of vegetal and sweet.

Both sessions, I kept the steeps 10s or below for the first 4-5 infusions before slowly starting to increase the time.

The only time I would call this tea “airy” as the description claims it to be, would be the first steep, as the body didn’t quite thicken up the first steep. For the first couple steeps, the aftertaste is stronger than the initial flavor. The front of the sip is a sweet, wet hay taste, followed (sometimes) by just a touch of bitterness, after which the huigan and qi come quickly. After swallowing, I could feel a bit of tightness in my throat, and got a rush of sweet honey flavor in my mouth accompanied by a rising buzzy feeling. These first couple steeps also made my tongue feel numb on some sips.

Steeps 3-5ish the bitterness picks up a tad, but if brewed correctly, it is quite balanced with the sweetness. The flavor is nicely layered – sweet hay, bit of a bitter note, very sweet huigan – honey with occasional wisps of a more sugary sweetness. In these steeps, and every once in a while afterwards, I noticed a little bit of a buzzy feeling in my stomach, but not as quick or as rising as the first couple steeps.

Around the halfway point, the hay flavor begins to transition into a sort of sweet vegetal flavor, to me like peas. The bitterness picks up just a bit more, and the huigan is sliiightly less honey-like, with a bit of a dry fruit flavor entering the mix. It was kind of apricot-y, but dry. Apricot rind? Do apricots have different tasting rind…? It’s been a while since I had an apricot. This vegetal, pea-tasting stage doesn’t last too long. I only really got it for one steep.

Steeps 7-10 or 11 are more fruity overall. Not an acidic fruitiness in any way, only smooth and sweet. Good flavor, but more subdued now. Mostly apricot notes, though at one point “grape” popped into my head, making me question whether the dry fruitiness might be kind of like grape skin. Describing fruity flavors in puerh can be odd to me, because while I call it apricot, it doesn’t really taste exactly like an apricot. It only reminds me of apricot. This is a weird thing to try to explain to people. Do you guys know what I’m saying? Like – if I ate an apricot, and then drank the most apricot-y sheng I’ve ever had, they’d still clearly be different things. Maybe because so much of how we perceive flavor is based on texture as well. Excuse my tangent – this tea was apricoty, only really in the later steeps though ;)

After this, my last couple steeps were multi-minute steep that yielded pretty weak brews with echoes of fruity flavor.

So…this tea’s description, laconic though it may be, claims the tea leans towards the “light, airy, and sweet.” It also says that it is a good tea for experiencing depth in a not-too-heavy tea. Regarding the first point: Sweet – definitely! Light and airy – I…guess…if you could call any of W2T’s productions “airy,” characteristically thick and oily as they are, perhaps it would be this one. Yes, it was thick, but the thickness wasn’t as in your face as a lot of W2T pu is – more creamy than oily I suppose. Soft in texture if that makes sense. The tea definitely had good depth, between its layered and changing flavors, and it wasn’t too heavy. So the description is accurate enough. Airy/light relative to other W2T puer maybe, but not without thickness. Good stuff!