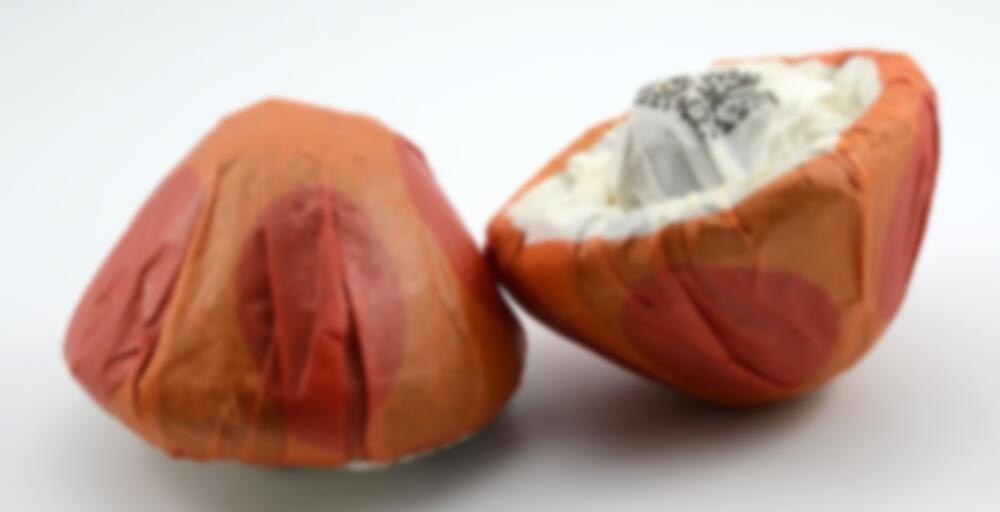 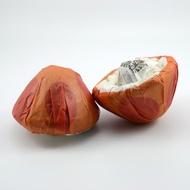 For those seeking some age on their Puer with budget in mind, the classic mushroom offers the smoothness of middle age, without sacrificing your wallet. This tea is fragrant and sweet with Menghai character. There is some residual astringency in the early steeps, but the tea is overall a smooth experience. This maocha [loose Puer tea] was aged in Xishuangbanna since 2007.

TTB 2022
I was surprised that this was a raw puerh when I looked it up, I would have pegged it as a ripe. It has some camphor notes and a nice earthyness. The leaf is very hard packed, tough to get a sample without a pick. I am enjoying this brew, but wouldn’t be inspired for a purchase or to add to my wish list from W2T.
Thanks for adding it to the box and encourage the next folks to try this very smooth raw puerh.

I just got a sample of this and brewed it in yixing. Smokey, astringent in early steeps, but good full mouthfeel and smooth. Colour of the liquor was a bit orangey yellow. Two quick rinses followed by two 30 sec steeps so far. With that small amount I already feel the expansive mind energy I get with a good chaqi (or maybe strong caffeine). I wouldn’t call this a calming evening tea. Would also not recommend on an empty stomach. I’d recommend for a sample, but probably not the whole shroom.

I wasn’t a big fan of my sample of this one from w2t. Very high compression (likely would’ve been less of an issue if I’d received the outer part of the mushroom – I think I got part of the “stem”) and not particularly great leaf quality.

I found it astringent and tough to brew. This is sold out, but I wouldn’t be picking any up if it was in stock.

Quite astringent the first few steeps but after maybe the 4th or 5th steep it dies down a bit. It definitely has a smokey finish and quite dry on the tongue while smelling the wet leaves smell like stone fruit, perhaps an apricot or something like dates? Made me salivate intensely which I don’t know whether that’s a good thing or not. Overall it was an interesting experience to try.

I had a sample of this tea. Brewed a chunk of it that seemed more or less the correct size.

Like the ‘often’, there’s a strong smokey aroma/flavour but underneath there is another note that failed to please me. Not sure how to describe it. I steeped it out but was left with rather mixed feelings.

This is a special tea. The local Yo minority picks medium-sized leaves from Camellia sinensis var. assamica (the variety used to make puer) and then layers them with a type of mushroom that grows in the local pine forests (Psylocybin incredendus). The tea/mushroom mix is allowed to dry in the sun for 25-30 days, during which time a not insignificant amount of the mushroom’s psychoactive ingredient (prolaxicorvatin) has infused into the tea leaves. The mushrooms are then removed, dried into buttons and sold for Buddhist religious purposes. The tea leaves are lightly steamed to make them pliable, formed into the mushroom shape, and dried in a moderate oven.

The taste is smooth with the main taste note being ripened stone fruit with just a hint of mushroom at the end of the sip. Of course, the cha qi is as phenomenal as you’d expect from a tea with this much prolaxicorvatin! One day, when U.S Border Patrol bans the import of this tea, we’ll look back and say “what took them so long”.

The only flaw with this tea is the density. It’s very hard to chip apart the center, so I’m docking a few points for the form.

First of all, the middle of this damn thing is absolutely stupid. It’s like the equivalent of an iron cake but much thicker. Whoever has broke one of these up has experienced what it is like to train in the gravity chamber… just saiyan.

Anyways: This is an easy tea to brew that provides a solid orange liquid showing that there is some age to it for sure. Depth is at the mid range, but easily appreciated. For the price it’s great, but dang… the middle of this thing turns me off of it. It’s the same reason that I don’t like iron cakes though; just losing the ability to get a nice piece off and having an easy brew session is gone once you get those chunks off that look like those pieces of blocktop that are 3×3 inches at a playground (anyone else remember those?).

Puerh picks in a gravity chamber sound like a poor idea.

A crowd pleaser of a middle-aged sheng. I find this tea has less smoke than W2T “Often”. However, I feel that the “Classic Mushroom” has better chaqi. I do a 5sec rinse and increase each steep by 10sec from there, and consistently get 12 steeps out of this. An affordable daily drinker.

Pulling this out tonight. I just remembered how hard these little tuos are compressed. I unwrapped it and put it in the breaking tray and attacked it with the big needle.
I managed to get 11 grams out, a little more than I usually brew , and got the gaiwan out.
I gave the tea a rinse that actually showed some color to it and went brewing.
I steeped about 5 seconds 3 times and went in a big cup.
The tea brews up with some hints of smoke and some greeness in the aroma. The brew is a nice surprise in the color department. It is a nice amber like a dark style honey. There may be a touch of cloudy in the brew but sometimes the tea has to settle a bit after pressing.
Sips on this give some smoke and some of the tobacco that many young shengs have.
The tea is active and getting to a thick state. It hits mainly the front tip and middle if the tongue. It has a full hit of the bitter that causes a minutes pucker and goes softer and making you salivate a bit.
Over all this is a good example of a well aged middle year sheng. Not being wet as some are with the mustiness but not super sharp like a dry stored product. Looking on the store site and this was stored loose which I am sure has helped it age a bit quicker than teas from this year.

Do you think this is better than the 2011 Dayi Mensong? Just wondered…

@tea123 The Dayi has more sweetness but I like the kick of bitter and the mouthfeel of this one. This one has that good well stored semi-aged experience.

Ok, I will keep it in my basket.

@tea123 I wished you lived stateside. It would have been easy to get you a bit of this to brew.

I did not like this the first time I tried it. I seemed a tad too astringent even with flash steeps. It was also dusty, almost muddy. But I think I did not air it out properly.

@Death Sips, I always try and air new teas out in the pumidor at least 2 weeks before I get into them. I still have some 2015 stuff I need to get notes on.

This is clearly a tea that is just starting to age. It has lost the bitterness that most young sheng have. It has also lost the fruityness. It is very smooth. In a different way it is sweet. I did not find the need to add any sugar to this. A year ago I probably would have. The tea’s color has just started to change. It is a dark yellow but darker than most new sheng. The tea has not yet acquired the aged taste that older teas get and can sometimes be unpleasant. When I bought this I chose between this and the 2015 Pin. I decided to go with this simply because not everyone was drinking it and it was a little older. From beginning to end this was a smooth tea. It is clearly in transition. I think that after I move this needs to find it’s way into my pumidor.

This is great. Good dry storage and the tea is thick in the throat. I was really surprised on how this one was.

I thought is was pretty good too. No notes of wet storage at all, somewhat surprising for White2Tea.

It means I was trying to remove it from my White2Tea basket, but then was prevented to by you two enablers. Grr..