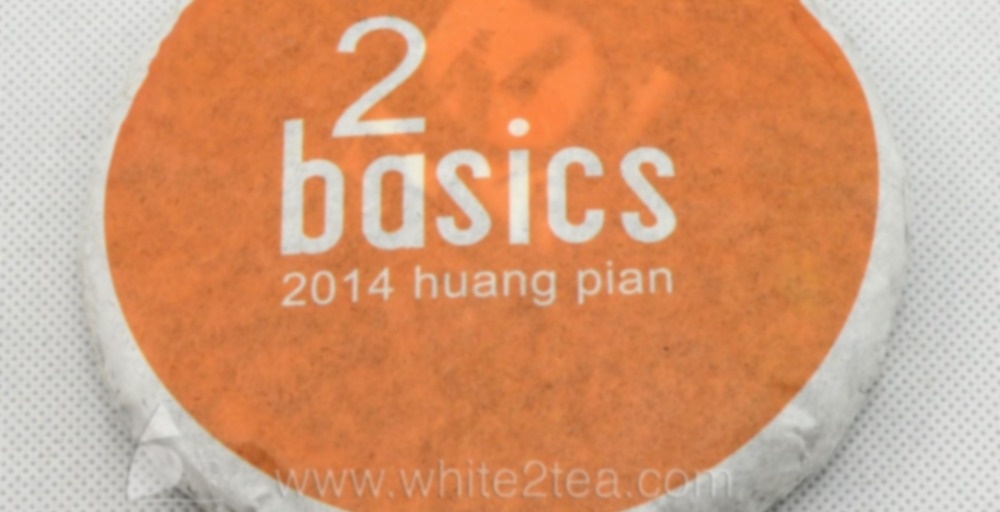 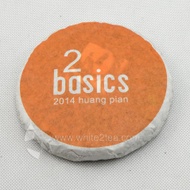 The older, larger leaves of puer are called Huang Pian. They will be rough and slightly sour in youth, but still sweet, and will grow continually sweeter with age.

This is part of the Basics Puer Tea Set:

The spring, autumn, and huangpian [the larger, older leaves] teas are all from the same village/producer, allowing for a side-by-side comparison of different seasons and grade of leaf. The aged raw Puer is from a different village, but similar area, allowing for new Puer drinkers to experience what the aging process can do to raw Puer tea.

Spicy with hints of leather.
Images and more at https://puerh.blog/teanotes/2014-basic-huangpian-w2t

First impressions – toned down apricot sheng smell on both the dry and wet leaf. There are some large intact leaves on the top of the cake but the inside looks to be mostly chop. The gaiwan lid smells herbaceous in a way that reminds me of cannabis smoke.

Steep one is light but sweet and some of that herby smoke is present in the soup. Unsurprisingly, there’s some significant char in the bottom of my cup. There’s a pleasant bitterness and a lasting apricot aftertaste.

As I continue to steep this tea, the liquor moves to a deep orange color. It’s gaining some strength as well as astringency and I notice a hint of sourness on the sides of my tongue.

Nearing the 1 minute mark, this tea has remained pretty static. It’s nice and easy to drink but not very interesting or complex. Which, really, is totally fine for huang pian. It’s generally not meant to stand alone. It’s an interesting cake from an education standpoint, which is what this basics set set is all about.

MIddle Steeps: Sourness is now showing up, vegetal flavor has taken over, astringency is building.

Tail End: Not much change, high notes have all faded, dull vegetal flavor is the only thing left, along with dominating astringency.

Verdict: It has that interesting huang pian sourness, but…not much else. Simple, palatable, and rather uninteresting.

Huangpian usually lacks the depth of a good leaf. They can be enjoyed somewhat but they tend to steep out quickly. Also called Yellow Leaf.

Had this last night as I really wanted tea and rumors say that Huangpian contains significantly less caffeine than your average bud filled premium tea. Don’t know about that since I still kept waking up in the night (really should have known better), but at least it carried through to the morning in that I was pretty much awake before the alarm went off.

As for tastewise, I feel like either my brewing technique has improved considerably or this tea has changed considerably from sitting in my large rice crock for a few months with my other random cakes. The first time I tried this was when I was fresh starting out on looseleaf tea, any tea, much less pu erh and I brewed this up as a bitter, mouth puckering terror, possibly poured into my cup from some poor soul’s burnt leather boot that they utilized as a chewing tobacco spittoon. I couldn’t finish drinking it that first day and poured it out after two steeps.

The one other attempt I made at it between then and yesterday yielded pretty similar results, but today (figuratively, literally, it was last night)? I had the surprise of drinking what seemed to be a wholly different tea altogether! A biting astringency was still there, but the bitterness had diminished to tolerable levels, the tobacco leather boot taste only an afterthought conjured by memory. It was now… floral? Delicate, even. Hay-like, with a lingering aftertaste sweetness, maybe a bit soapy in the intermediate steeps. Complete game changer. I’m interested to see what transformation this undergoes in yet another few months!

I found the best results using 3g in a 60mL gaiwan with 200 degree water. With too much leaf/too hot of water, the initial steeps were an almost unpleasant bitter sourness. This tea did still yield some bitterness even when brewed like this, though the finish was a sweet vegetal or grassy flavor which did possess a slight sour note. Later steeps were more vegetal sweetness than anything else.

This one is definitely up for aging. It is on the rougher side even if you use water at lower temps. But it is a great example for contrast with the other ‘Basics’ set. Make dated notes and try it every 3-6 months (I would advice for 6months).

Absolutely. Shouldn’t be a problem as it’s not one I want to immediately drink all of :P

Another new experience for me. I did not purchase the entire Basics Set from White2Tea but rather received this as a sample from a trade. This review is thus a standalone review.

To start, this tea has a great complexity of flavors and aromas. The aroma is sweet and grassy at the same time, almost like a wheatgrass with notes of hay. At the same time there is the slightest hint of smokiness.

The taste is one of my favorites so far in the raw puerh world. The initial flavor is sweet and reminiscent of honey. It then quickly moves to a slightly sour grass with a nice astringent finish. The aftertaste is of smoke and tobacco.

I thoroughly enjoyed these differing and complex flavors contained within the single tea. Although they seem to contradict as I am writing this, it somehow all works together in the tea. I’m going to look more into teas similar to this one!

Tea #3 in the basics set. This was definitely the most tightly-compressed of all the cakes. I don’t have a puer pick, so I’ve been using the probe from a digital meat thermometer, which worked reasonably well for the other ones but had real difficulty with this one. I’m not sure if it was due to my technique or the cake composition or both, but most of what I got off this one was little broken leaf fragments. Anyway, same as the others: 6g, boiling water, steeps of (very roughly) 5, 10, 15, 20, etc. seconds.

I found this one to be less aromatic than the Autumn one I tried yesterday, and the flavour was mostly a dried grass, freshly-cut hay sort of thing. In early steeps there was a fruitiness in the aftertaste, but that disappeared pretty quickly. In later steeps the bitterness and astringency came out more. This reminded me more of the Spring than the Autumn cake, but a bit less intense. I lost interest in it more quickly than I did the other two – maybe because the novelty factor of fresh sheng puer is wearing off, or maybe these older leaves are legitimately less interesting to drink.