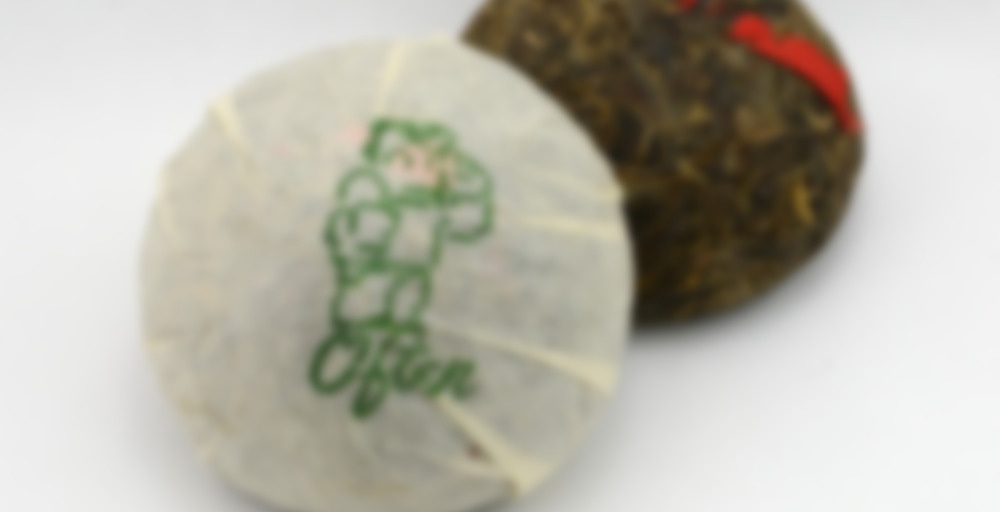 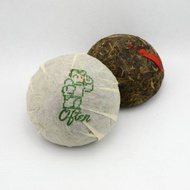 2008 Often Tuo Raw 250g
Another unwrapped warehouse find, the Often 250 gram tuo is a solid daily drinker Puer tea for the Puer fanatic on a budget. Slightly strong in early steeps, this tuo behaves like a young Puer that is just beginning to calm down. The tea leaves a strong sweet feeling in the mouth.

A gentle giant. That’s how I’d describe this tea.

It’s because when you see it for the first time it looks so big and imposing: for 250 grams this tuo is huge; I wasn’t even sure if I got the right tea when I opened the box it came in. And then, the overwhelming minty and woody smell. You’d think man, this bad boy will give a rough time even to the experienced drinker.

But then you drink it. And realize how mellow and kind it is. It’s a tea you’d constantly want to push in order to get an even brew and rise the brew time exponentially. If you challenge this tea, it’s a fight you’ll always win. Definitely a tea for people who want to try puerh but feel overwhelmed by it. Not to be underestimated though as the mid steeps have some potency. These infusions are characterized by thick, whiskey, dark wood and even coffee-like notes. It’s just that it gives up a little too fast, leaving you with a sweet leathery taste.

After having several sessions with it it’d say this tea could use just a few more years of aging in order to become great rather than good. On the surface the tuo is very easy to break loose but the more you get to the center the harder it gets and the tea seems “younger” overall. The teenager on the wrapper is very fitting for the tea: intimidating, temperamental but not that scary once you get to know it. A hothead, just like I’d imagine Kunio-kun would be in real life.

For all intends and purposes, this tea should be called Very Often.

Recommended
Via Smart
1 tasting notes
I drink this tea almost every day and I like it more and more. I like puerh raw and young. This is a tea that is selling me more and more on the concept of aged puerh.
Yours I Like This
0 likes
0 comments
Edit

Amazing Flavours! I’m in love with it!

This tea Is realy very tasty

Water just off the boil. Two 5 second rinses. Then a 5 second steep and adding 10-15 seconds for each successive steep.

Every time I drink this tea I like it more and more. I prefer my puerh raw and young. This is raw with a bit of age. This is a tea that is selling me more and more on the concept of aged puerh.

There are some slight smokey notes in the initial steepings that are quite pleasant. While they unfortunately go away the later steepings are no less full body. And with an extra 5 seconds here or there it can be quite thick. An underlying sweetness slowly builds, but never becomes too prominent.