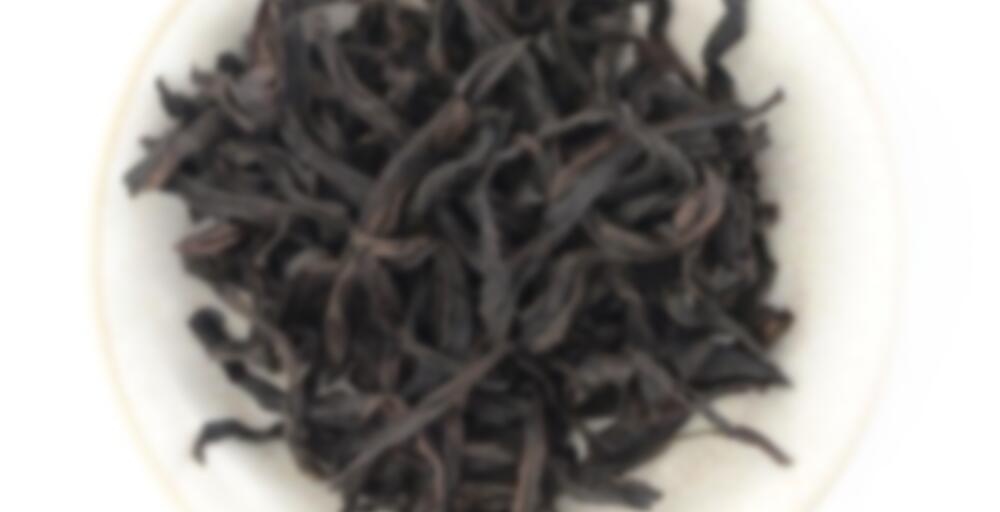 Dahongpao (Big Red Robe) yancha (rock tea) is an oolong tea from the Fujian province of China. Our Dahongpao is fragrant and smooth with a mineral soup and lasting finish.

Note: This is the version W2T sent out in a recent teaclub box – I think a new version from their previous stock.

This was quite an interesting tea, and certainly different from any other Da Hong Pao I’ve tried. The dry leaves have a nutty sweet aroma, augmented by a bit of mineral and maybe chocolate. After a rinse, they smelled roasty and medicinal, with the notable stank of weed as well. I kind of thought I was imagining it, and that part of the aroma didn’t stick around for the whole session, but I’m pretty sure it’s there at least in the early-going.

Even having three sessions of this tea, I found the flavors a bit difficult to describe and pick out. I think it’s a pretty complex tea. It started out a bit lighter in texture than I expected, with a mineral note and a very sweet, slightly fruity aftertaste. It also produced some pretty immediate and strong (especially for a non-puerh tea) body feeling.

The tea smoothed out a bit as the session went on and the flavors seemed to meld together into a bit of a sweet mineral and medicinal taste. The tea also packed a solid qi punch. The longevity is not particularly impressive, but it’s also not abhorrently bad.

On my final session with this tea, some of the leaf was a bit crushed up. This, along with the fact I used just a bit more than I normally would to finish off the sample, led to a sort of oversteeped tea which I found pretty unpleasant and funky, especially in the early steeps. Other yancha, including Da Hong Pao, have been more suited to this kind of heavy brewing than this one seems to be.

While I did enjoy this tea, I can see it would not appeal to everybody, including people who are fans of a more typical Da Hong Pao. I’m not sure it’s one I’ll really consider buying more of, but I think it’s a good one to have tried, and I’m sure will really appeal to some people a lot.

First Impressions. The dry leaves smell wonderfully fruity/spicy with a present but not overpowering roast. The first brew is bursting with ripe fruits and spicy/woody notes. The tea has a strong sweet aftertaste which lingers for a while. Full bodied with a smooth mouthfeel. I found the subsequent brews to be less and less flavorful, becoming a bit more roasty/sweet and less complex. The mouthfeel was still great for 6 brews.

I think I’ll use more leaf next time.

Oh boy, this is yummy! Huge roasted leaves, the roast is strong when I opened the pouch. It is definitely not machine roasted, at least not entirely if at all, because it doesn’t have that fake roasted taste I so despise in roasted oolong. I can taste a charcoal here.

The photo on White2Tea shows a yellow soup, but mine is reddish brown. But I brewed it in a zhu ni clay tea pot I use for oolong, maybe the pot added color. Deep spiced fruit, sort of like spiced red apples and nuts. The weather has been cool here so this is a pleasant cup. Or cups, if you will. Got a good six steeps out of 5 grams in 100 ml before the flavor started to fade. Giving it a little rest, might steep it once or twice more before I head off to bed.

Sounds like it would be a lovely autumn tea!