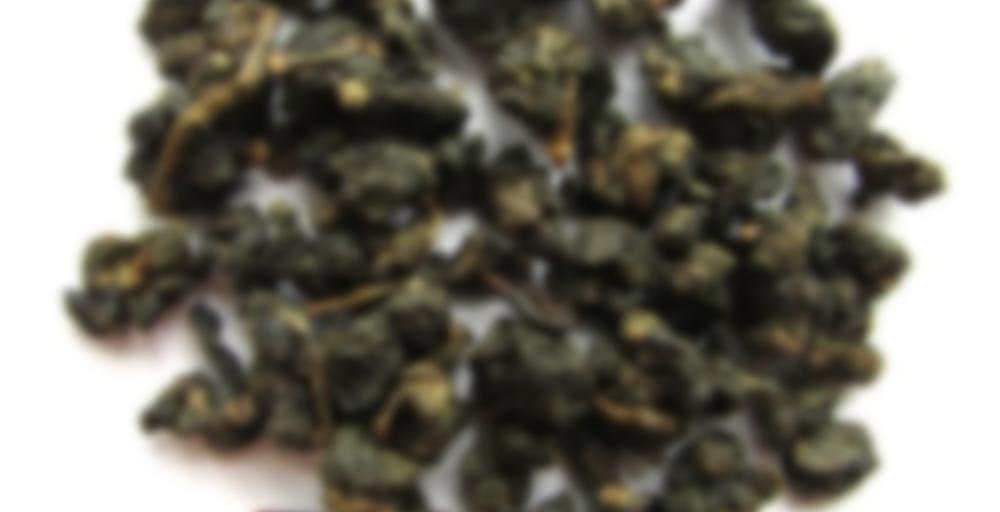 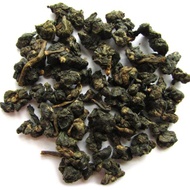 A thick creamy Jin Xuan oolong which has undergone a light Charcoal roast which accentuates the tea’s creamy sweet quality. The tea only has faint roasted quality due to the skilled light roast.

First steep is floral and charcoal on the nose. Just a tiny bit of bitter chocolate. I am so relieved to smell something other than charcoal! Maybe this tea isn’t a dud for me like I thought! Flavors are subtle (first pour, short steep, no rinse), but I get some vanilla and nuts. The smoke is there but not nearly as sharp as it seemed to me before. Right at the end of this cup I swear I taste white paper… but not in a bad way?

Smell off the wet leaves is sharp smoke and grass.

Second steep is much like the first; light floral and more around the edges than in the center of the profile. Smoke is there. I might let the third steep sit just a little longer. I am quite happy with the light florality and smoke, though. It’s not a tea that wallops you over the head, but it’s nice and delicate, especially for a charcoal-roasted. Some green olives right at the end.

I let the third steep go a little longer, maybe 30-40 seconds. Smoke and olive oil on the nose. Cedar. Floral comes through more as it cools, along with some astringency that tells me this longer steep wasn’t necessarily the right move. Ope — just as I lifted my cup for the last sip, I got a distinct caramel note!

Raw lumber nose coming off the fourth… charcoal and perfume on the sip. I’ve decided this tea does actually feel like a junior version of What-Cha’s Taiwan ‘Charcoal Roasted’ Oolong. A bit toned down and maybe not as overwhelming to poke around in if you just want an easy little session.

Starting to get watery in the fifth; I might do just one more. Last couple steeps were rather sharp and empty smoke and perfume. I’m so glad I came back to this tea! A tasty lesson to learn.

This was another tea that I tried in either late 2021 or shortly after the start of the year. I recall it being a tea I had been meaning to get around to trying for a while. Roasted Jin Xuan is generally something I enjoy, so I had high hopes for this offering. It mostly lived up to my expectations too. Though I had tried better roasted Jin Xuan prior to trying this tea, it was still a fun and likable offering that I would feel confident recommending to just about anyone.

For a light roasted Jin Xuan, the fact that the roast was so present surprised and intrigued me. I was expecting much lighter and faster fading roasted characteristics, but this tea did not provide the experience I was anticipating. What I got was a very grainy, grassy, vegetal tea with pronounced and durable aromas and flavors contributed by the roasting process. I would have liked to see more floral and fruity characteristics, but overall, this was a pleasant and nicely balanced roasted Jin Xuan with some interesting and memorable quirks.

This tea was also too roasted for me, though my roast tolerance is pretty low.

Yeah, this was a tea that I liked, but I can understand how it would not be for everyone. My appreciation for roasted oolong seems to be greater than that of most other people.

The dry aroma is of charcoal, toasted grains, and nuts. The first steep has notes of grain, Graham cracker, butter, honey, oats, walnuts, hazelnuts, and roast. The next steep has a bit of honeysuckle florality that reminds me this is a Jin Xuan. Charcoal, bread, and Graham crackers are more prominent in the next couple steeps, and the tea develops a slightly sour, vegetal taste. By steep five, the charcoal and roast are fairly strong and the tea is much less sweet. Sadly, I’m starting to lose interest, though there are many steeps to go. The rest of the session is all about the roast, with notes of minerals and wood appearing as it nears its end.

Whether due to my palate or my steeping parameters, I thought this tea was nice but fairly basic. The charcoal roast took over rather quickly, though I enjoyed the s’mores-like flavours and the florals. It’s possible I’m being too hard on this tea since the tap on my bathroom sink just broke and I’ll need to call the super to fix it.

Backlog, and thank you Alistair! I was wanting to try this one for a while.

The charcoal was noticeable, but it’s not really distinct until the fourth steep. The roast is still present, and it combines with the florals in a cooked veggie/ buttery honey graham cracker note. The graham cracker profile continues until steep three with some florals, creamy texture, and almond nutty roastiness. Fourth steep is kinda like light roast coffee with some caramel in flavor/texture, and then some healthy amount of browning char. Later steeps are more like cooked vegetables and floral, mainly honeysuckles and grain accenting it.

I personally enjoyed trying this one. I would have really like this when I was first getting into tea, and it’s like a more balanced and creamy light roast Tie Guan Yin’s I’ve had, but better. I don’t think I’d reach for it due to my annoying snobby preference (the 2015 Qilan….soooooooo goooooood), but it’s a really nice light roast that is far from boring that I’d recommend for more intermediate drinkers.