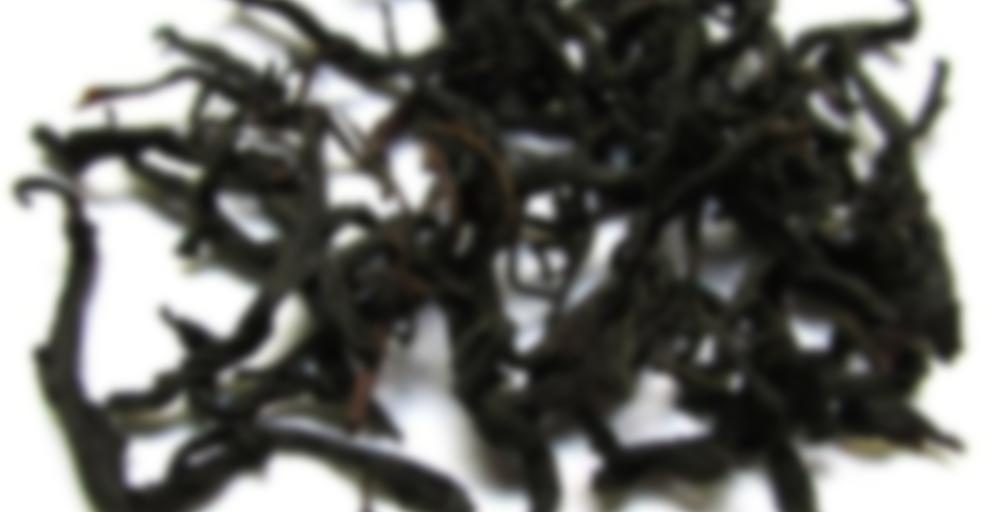 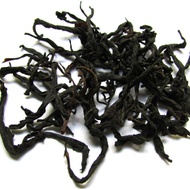 A complex wild growing purple varietal black tea which has been lightly roasted, possessing an incredibly smooth texture with a sweet fruity taste of dark berries. Evocative of the finest Taiwanese black teas.

Alright, I’m posting one more review before signing off for the day. Like the last couple I have posted, this one is for another of my recent sipdowns. By the time I got around to trying this tea, I was no stranger to Yunnan purple black teas, but it had been at least a year since I had tried one. Overall, I found this to be a very enjoyable, satisfying offering.

I prepared this tea gongfu style. After a quick 5 second rinse (I have always preferred shorter rinses for Chinese and Taiwanese black teas for whatever reason), I steeped 6 grams of loose tea leaves in 4 ounces of 194 F water for 5 seconds. This infusion was followed by 18 additional infusions. Steep times for these infusions were as follows: 7 seconds, 9 seconds, 12 seconds, 16 seconds, 20 seconds, 25 seconds, 30 seconds, 40 seconds, 50 seconds, 1 minute, 1 minute 15 seconds, 1 minute 30 seconds, 2 minutes, 3 minutes, 5 minutes, 7 minutes, 10 minutes, and 15 minutes.

This was a very solid Yunnan purple black tea with a ton to offer. Honestly, its depth and complexity came close to being a little overwhelming at times, but I avoided letting this tea get the better of me. It was also very refined and layered in the way it expressed itself and displayed a playful, energetic presence. In the end, this was a very nice tea, but it was also one that I thought could have been just a bit more focused. I think had some of its subtler flavor components been a bit clearer and more amplified, it would have felt a little more balanced and drinkable than it came off as being.

A thoroughly enjoyable black tea from What-Cha.
Brewed gong-fu style. Started at 90C as recommended, but cranked the temperature up to 95C from second infusion on. Got seven solid infusions out of this tea (brewed for 2 min. on infusion #7).
Smelling the dry leaves, I picked up sweet, rich aromas of berries and honey.
The dry leaves are fairly consistent in their large size and are predominantly brownish-grey, though definitely having a noticeable purple tinge.
After a quick rinse, the berry scents are greatly accentuated, and blueberry stands out, alongside notes of polished/lacquered wood, cherries, and cocoa, as well as a faint roasted aroma.
After the first infusion (30s), the leaves became far more brown than purple. The berry aroma from the leaves came even further out into the forefront.
The liquor from the first brew was amber to golden brown. The liquor grew more golden as infusions progressed.
The tea is medium-bodied and very low in astringency, and is characterized by a very enjoyable sourness on the sides of the tongue that develops nicely from infusion to infusion.
The taste, like the aromas from the leaves, is dominated by berries and cherries with a muted honey sweetness. Grapes dominate more and more from the fourth infusion on.
The finish is relatively light but pleasant and quite long, sweet and reminiscent of berries and grape jelly or candy.
All in all, this tea certainly meets one’s expectations of a wild purple tea – it conjures up images of a leisurely forest foraging trip.

This was a treat from Eelong…luscious thick leaves that were at least half a hamster long (no, I don’t know why I chose that unit of measurement, but that was my first impression and I’m sticking with it!)

I neither measured nor steeped scientifically or precisely, but this was a very forgiving tea anyway. Had the gentle graininess of honey wheat bread, and although I was likely influenced by the “purple” in the moniker, the fruitiness I detected was grapey. A lovely serving of toast and jelly to accompany me out the door.

I haven’t had much purple tea but what I did try was fruity. Sounds like you got a good one!