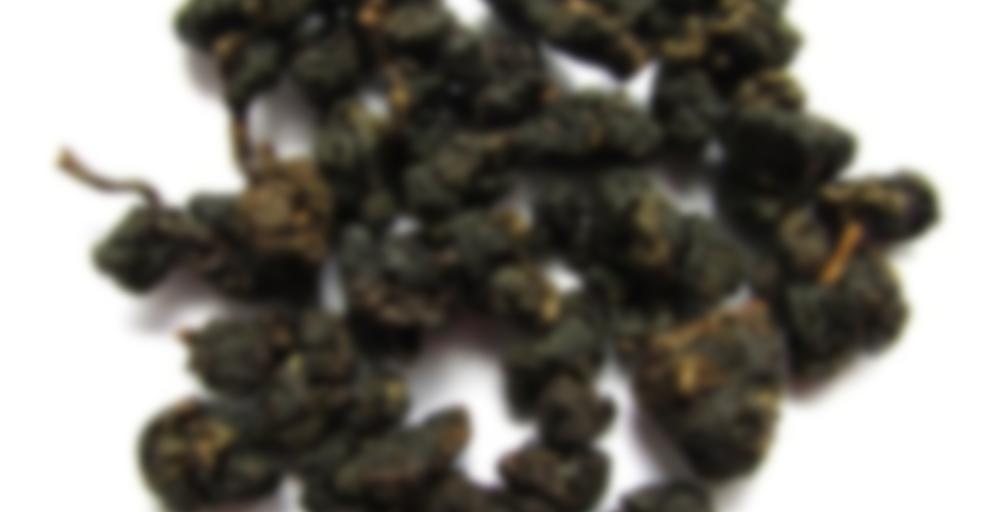 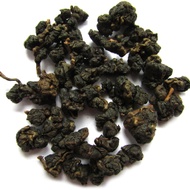 The tea has a distinct charcoal aroma and taste, which is well balanced and gives the tea a smooth sweetness and warm taste.

A traditional charcoal roasted oolong which is unfortunately becoming increasingly rare, due to the skill and difficulty in charcoal roasting compared with modern electric roasting.

The tea is stuffed into bamboo which is roasted over a charcoal fired pit, a process which takes days and requires the skill of a specialist roaster.

The tea is a good candidate for ageing as it should change over time as it rests from the roast.

I love this tea so much. It is the selection that was thrown out as a possible replacement for an oolong I really enjoyed from August Uncommon… I tasted this stuff and that was the day I stopped chasing flavored teas in favor of exploring varieties/regions/craft. I’ve been drinking this so much that I’m afraid of losing the subtleties before I review it, so let me get to it…

First steep pours light brown with a nose of leather, cedar, floral perfume. Floral and charcoal notes come through up front, without a rinse.

This tea is just such a heady, lovely thing. Oolong gateway.

A sweet oolong with a clear but very well balanced charcoal taste that’s extremely forgiving to brew.
Well priced too, after tasting a sample I immediately bought a bigger bag (bigger than I usually do).

Taste: honey sweetness, smoke, little bit of grape in the aftertaste. Nice full texture. Astringency is noticeable but not distracting.

I wouldn’t call it a particularly interesting tea, but more of a nice, comfy, “daily drinker”-type. 90% of the time I end up brewing it grandpa-style (just leaves in a big cup), and it’s perfect for that. Unless you really over-leaf it, the taste doesn’t get too strong. Doesn’t even matter if you forget your cup, it’s still tasty when cooled down.

Hi, Steepster! How ya doin’? It’s always so difficult for me to get started on reviews when I haven’t posted on a regular basis in a long time. I’m still spending most of my tea drinking time going through teas I have purchased larger amounts of over the past two years. This was one of my more recent sipdowns (relatively speaking )as I finished what I had of this tea a couple weeks ago. I found it to be a very nice roasted oolong, though I also noted that the roast was really the only thing that provided any interest. Otherwise, this probably would have been a solid if relatively boring oolong.

As indicated earlier, this was a very enjoyable tea. The roast had settled quite nicely and allowed some of the tea’s underlying qualities to shine through, though its characteristics had thankfully not disappeared entirely. Unfortunately, most of the tea’s most interesting qualities were provided by the roast, and as the tea liquor started to settle and fade, there was not much left to hold my attention. All in all, this was a very good roasted oolong, but if you are not a fan of such teas or expect a ton of interesting characteristics aside from those provided by the roast, then you should probably steer clear of this tea.

hey! always a pleasure to see you.

This is another tea I received in a swap with derk. Many thanks!

Last night was our writers’ group meeting and I try to serve tea and a little something to eat or snack. Yesterday I ground some hard red whear, which has a nicem nutty flavor, and made chocolate chip pecan Tollhouse cookies. I usually serve a mild green tea or a jasmine tea to the group as they are not necessarily into tea like I am, but I really thought this would be a much better choice.

Even though there were only four of us last night, we finished off two large tetsubins of this. I think it is safe to say that it was a hit! It has a nice nutty flavor, and I would call it a medium roast. We were steeping western style of course.

Since we were reading, eating, and listening, I didn’t give it all the attention it really deserved, but I can say that it was delicious and I would definitely order this, and would also try it gong fu to see how it changes.

Alright! I have another harvest of this thanks to M. What-Cha’s kindness. April 2020. The other experience with this tea was a Spring 2016.

The aroma of this tea is sweet, nutty, floral and cool with notes of peach, walnut, sesame, honey and alpine air. As I pull away from the cup, a scent of wintergreen trails away with me. The brew is at first nutty to an extent that I don’t find enjoyable (I’m not a fan of nutty flavors as a result of roasting) but that note mellow within a few infusions. The tastes are of sweet mineral water, nuttiness like macadamia, honey, balsam wood and strangely peppermint. An aftertaste of peach skin and pit comes quickly. The tea is surprisingly clean; there are no lingering strong roast notes. As the session progresses, the brew retains its honeyed, nutty and balsam flavors as the minerality drops away and cream/creaminess become dominant.

The Spring 2016 harvest was probably my gateway into heavier roasted Taiwanese oolong and it didn’t leave me with a favorable impression. This time around, even with a such a fresh roast in comparison, I came away satisfied. While not as complex as the 2016, this 2020 harvest was overall mellow, cooling, nutty, honey-sweet and gently floral. It also had great longevity and oversteeped without complaint. Good oolong for daily drinking.

I’m super addicted to this tea. It has a super high quality roast flavor. The aftertaste is insanely great. Easily can get three steeps out of this tea. I highly recommend this to anyone who likes roasted Oolongs. Works great for both Gong Fu and Western