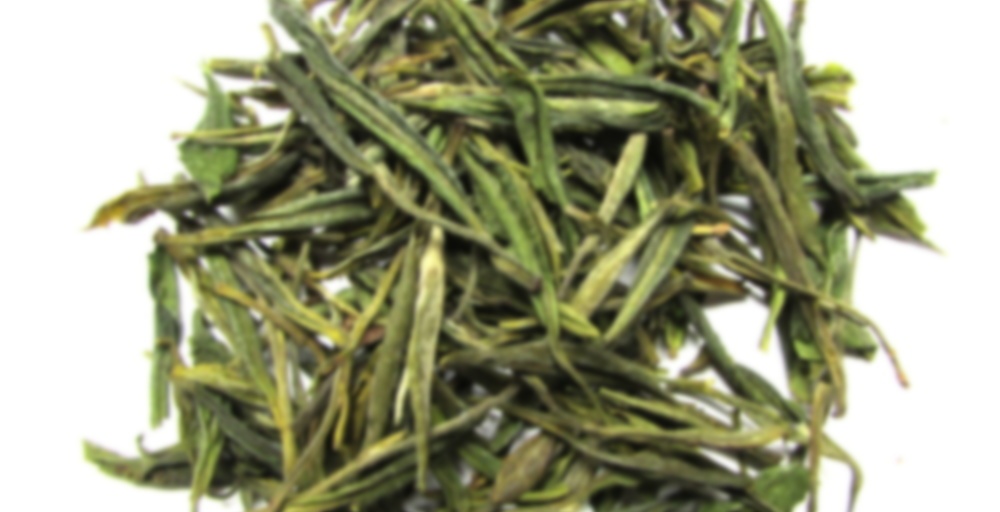 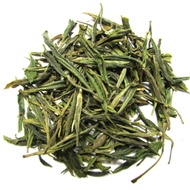 Yellow tea?!? I’ve heard of most tea by now…but yellow. Nah. So when I saw What-cha had it and it was at a reasonable price I couldn’t resist. I had to at least try it! My tea tasting is still very beginner…prolly will always be. And that’s OK. This just tasted like green tea to me. It looks like green tea too. Its Ok steeped for a short time with cooler water. But it wasn’t really anything special. But to be honest…my favorite tea is black. I’m happy to have tried it. But I wouldn’t buy it again. Meh

Finished up the 25g package this morning after having a breakfast of leftover homemade veggie soup.

Aroma remained pretty light throughout all steeps, with the most noticeable scents being lemon water, white floral and cocoa, followed by butter, roasted nuts, sesame and green bamboo.

Liquor was really pleasant in the first 3 steeps with lemon water, sichuan peppercorn, bamboo, cocoa, very mineral. Smoke came through in the fourth steep and that’s when the brew turned quite bitter and astringent. From the fourth steep on I tasted mineral lemon water and butter, bitterness and astringency, ending with an accompaniment of yellow squash and green bean.

Overall, I really like the profile this tea has to offer. If the bitterness and astringency could be lessened in a future harvest, I’d like to try some more. Upping the rating a few points.

Guys, I have been so lazy with regard to posting reviews lately. I’ve been working on finishing a bunch of samples and once again have so many backlogged reviews that getting a start on posting them has been problematic. As a general life update, work is crazy for me right now and I’m getting ready to go back to school in the summer (finally gave up on my dissatisfying career path and decided to fulfill the admissions prerequisites for graduate programs in occupational therapy), so it’s not like I’ve been doing nothing. I just haven’t been regularly posting here. I finished a sample of this tea a couple days ago. I’m a big fan of Huoshan Huang Ya (despite not getting to have it all that frequently), and I had high hopes for this one, but it ended up being a minor disappointment. It was a very nice tea in a lot of ways, but it turned more than a bit astringent in each preparation I tried. I brewed it both gongfu and Western and it turned distractingly astringent each time I started to get near the end of the drinking session.

Prior to the rinse, I detected aromas of hay, roasted chestnut, and bamboo coming from the dry tea leaves. After the rinse, I found an emerging hint of honey alongside stronger impressions of roasted chestnut. The first infusion saw a stronger bamboo aroma poke through all the nuttiness on the nose. In the mouth, the tea liquor offered notes of bamboo, hay, and roasted chestnut chased by impressions of butter, grass, lettuce, and honey. Subsequent infusions saw a strong umami impression make itself known both on the nose and in the mouth. Cream, spinach, mineral, green bean, and malt notes emerged in the mouth alongside hints of fresh flowers (squash blossom and amaryllis), seaweed, peas, and smoke. From about the 40 second mark on, astringency steadily asserted itself, building with each infusion. The last infusions displayed a dominant astringency and persistent mineral, umami, grass, and seaweed notes underscored by touches of bamboo, roasted chestnut, green beans, butter, and malt.

The description above almost certainly makes this tea seem much worse than it was. To be clear, it was both intriguing and satisfying in a lot of ways, but I could not get over how astringent it became. Everything prior to the 40 second infusion was truly great, but from that point forward, the tea was steadily less enjoyable, and not in the way the later steeps of gongfu sessions almost always are. All in all, this ended up being a B- tea for me. It started off wonderfully, but declined way more than anticipated. Just know that the later infusions were not nearly enough to sink it and I would still encourage curious drinkers to give this tea a shot.

Bought the yellow tea as a 10 g sample.

I like it, though it is my first time tasting yellow tea. Will purchase a bigger pack to get to know this tea better from this provider.

This tea is really yummy first of all. The dry leaf looks quite like a longjing with a yellower purple tint. The wet leaves smell quite a bit like a high quality sencha. It steeps quite a bit like a nice sencha but with more sweetness and depth to it. It’s a little more fruity and has more complexity then a sencha. This is a pretty rare tea that is hard to find and is quite yummy.